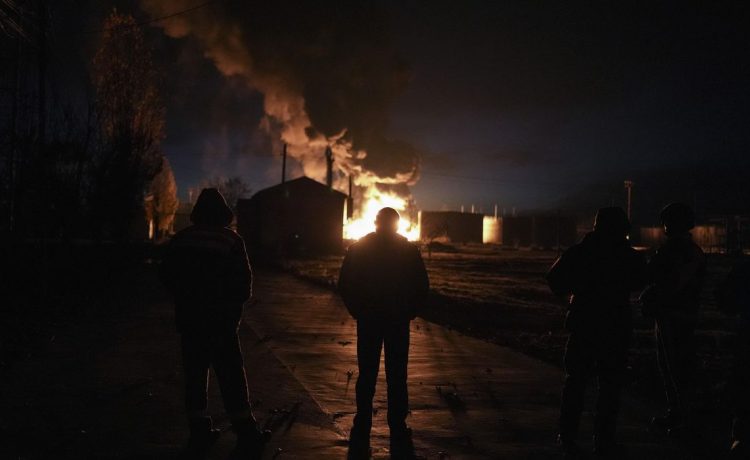 The U.N.’s chief nuclear watchdog warned Sunday morning that combatants are “playing with fire” amid new reports of shelling near Ukraine’s Zaporizhzhia nuclear power plant, which has been occupied by invading Russian troops since March.

The Ukrainian managers of the plant told inspectors from the U.N. International Atomic Energy Agency (IAEA) that there was new damage to the site’s building and equipment, but critical safety systems remain intact so far.

Powerful explosions near the plant, the largest nuclear power facility in Europe, were heard Saturday night into Sunday morning, according to Russia’s official TASS news agency

“The news from our team yesterday and this morning is extremely disturbing,” Rafael Mariano Grossi, the director general of the IAEA, said in a statement ” Explosions occurred at the site of this major nuclear power plant, which is completely unacceptable.”

“Whoever is behind this, it must stop immediately. As I have said many times before, you’re playing with fire!” Mr. Grossi said.

Once again, it was not clear who was responsible for the most recent shelling, with Russian and Ukrainian officials trading charges. The TASS report, which could not be verified, said 15 “Ukraine-fired shells” hit near Zaporizhzhia Saturday but said no radioactive discharges were detected at the plant.

The IAEA in its statement said its monitors near the site reported hearing more than a dozen blasts  on Sunday morning, adding that the IAEA team could see some explosions from their office windows.

The IAEA has tried unsuccessfully to establish a cease-fire zone around the utility, which has been forced repeatedly to rely on back-up generators to keep the nuclear reactors operating after it was cut off from the local power system during the nearly nine-month invasion.