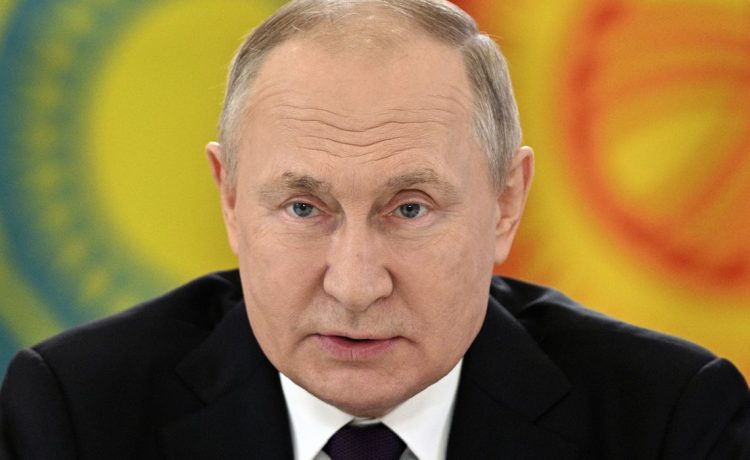 President Biden has warned it would spark “armageddon.” Eastern European officials believe Russian President Vladimir Putin would be “suicidal” to even attempt it, while NATO leaders say it would mark the crossing of a “very important line” with massive repercussions for the future of humanity itself.

But the potential employment of a so-called “tactical nuclear weapon” by Russian forces in Ukraine has sparked more questions than answers and is fueling a high-stakes debate behind the scenes in national security circles about how the U.S. would retaliate without igniting a catastrophic conflict that could easily kill millions.

At its core, the use of a tactical nuclear bomb is a proposition that cannot be fully understood or planned for. No such use of a nuclear weapon has occurred in human history. America’s two atomic strikes during the final stretch of World War II, targeting the Japanese cities of Hiroshima and Nagasaki, are widely considered “strategic” attacks — designed to cause much more damage as a means to achieve a broader, decisive outcome. By that definition, Washington’s strategic use of nuclear bombs worked, as it led to the surrender of Japanese forces.

By historical standards, tactical nuclear weapons are generally smaller, less powerful, and aimed at influencing the outcome of battles on the ground while causing less death and destruction. War-gamers say their less powerful impact makes them, paradoxically, more tempting to actually use for a desperate leader like Mr. Putin — and more difficult for the U.S. and allies to calibrate the “right” level of response.

Such weapons also have less range, meaning a tactical nuclear bomb in most scenarios would not be fired toward an enemy capital thousands of miles away, for example. Instead, it would likely be used on the front lines of the Russia-Ukraine war, targeting Ukrainian troops and giving Moscow a clear edge on a smaller-scale battlefield, perhaps in the country’s eastern theater, where a Ukrainian counteroffensive has made major gains over the past month.

While not as extreme as that of some of his aides, Mr. Putin’s own rhetoric has contributed to the speculation, especially his warning to NATO and Ukraine should the fighting spill over into Russia’s own territory.

“When the territorial integrity of our country is threatened, we will certainly use all the means at our disposal to protect Russia and our people,” Mr. Putin said last month, adding, “This is not a bluff.”

But analysts say that in modern terms, many of the differences between strategic and tactical nuclear weapons are being erased. Setting aside the deadly radiation spread associated with any nuclear blast, many of today’s tactical weapons themselves are more powerful than the bombs the U.S. dropped on Hiroshima and Nagasaki.

The real-world definition of a “tactical” nuclear weapon is somewhat murky, as is the playbook for how the Western world could or should respond if Mr. Putin uses one.

“Tactical nuclear weapons can have lower explosive ‘yield’ than strategic weapons, meaning they’re explosively less powerful,” scholars with the Union of Concerned Scientists wrote in a recent analysis. “This may make them more militarily useful, and less politically objectionable, and thus more likely to be used. However, many Russian and U.S. tactical weapons have yields far greater than the bomb dropped on Hiroshima, which instantly killed more than 70,000 people.”

“While long- and medium-range nuclear systems have been constrained or eliminated by arms control treaties, tactical nuclear weapons have never had verified limits,” they said.

“During the Cold War, the longer-range strategic delivery vehicles also tended to carry warheads with greater yields, or destructive power, than nonstrategic nuclear weapons. Smaller warheads were better suited to nonstrategic weapons because they sought to achieve more limited, discrete objectives on the battlefield than did the larger, strategic nuclear weapons,” the Congressional Research Service wrote in a comprehensive study earlier this year. “But this distinction has also dissolved in more modern systems. Many U.S. and Russian heavy bombers can carry weapons of lower yields, and, as accuracies improved for bombs and missiles, warheads with lower yields could achieve the same expected level of destruction that had required larger warheads in early generations of strategic weapons systems.”

Still, there are some rough parameters that are generally agreed upon and help form something of a modern-day classification system.

Henry Sokolski, the executive director of the Nonproliferation Policy Education Center, said last week that tactical nuclear weapons have a yield anywhere between a fraction of a kiloton to 50 kilotons or more. The Nagasaki bomb, he said, had a yield of 20 kilotons.

“Russia is believed to have roughly 2,000 tactical nuclear weapons, which have a yield from several kilotons to over 100 kilotons,” he told the online magazine American Purpose. “The Russians are most likely to deliver these warheads with a variety of missiles that they currently use to deliver conventional high explosives.”

The U.S., by contrast, is believed to have about 100 tactical nuclear weapons stationed in Europe. While that’s far fewer than the Russian stockpile, it’s still more than enough to ensure that a nuclear confrontation between NATO and Russia would lead to destruction on a scale never before seen in human history.

Nukes on the battlefield

From a logistical perspective, Russia would need to take several key steps before such weapons could be used in Ukraine. Mr. Sokolski said that Russian forces would need to move its tactical nuclear warheads from 12 storage depots in Russia to locations much closer to the front lines. So far, there’s been no clear indication Mr. Putin has ordered such a move, despite his repeated vow to use “all available means” if he feels Russia’s security is threatened.

Indeed, Pentagon officials have stressed in recent weeks they’ve seen no developments or preparatory moves indicating that a Russian nuclear strike is on the horizon. Defense officials stressed that point repeatedly over the past 10 days after Mr. Biden told a Democratic fundraiser earlier this month that the world is at risk of nuclear “armageddon” if Russia unleashes its nuclear stockpile, which remains the largest in the world.

There have certainly been worrying signs of late, including reports this week that Russia plans to conduct new exercises of its nuclear forces.

But even for Mr. Putin, whose nearly eight-month invasion of Ukraine has clearly not gone according to plan, some Western officials say there are too many unknowns swirling around to risk a tactical nuclear strike — and its likely response from the West.

White House national security spokesman John Kirby told NPR in an interview Monday the Biden administration was watching the current Russian nuclear exercises very closely, but so far had seen nothing to indicate unusual measures were being taken.

“We’ll watch it as closely as we can,” Mr. Kirby said. “Everything we have seen to date tells us that this is an exercise that will be conducted normally, within the bounds of the way Russia has done it in the past.”

Beyond the simple fact that it’s virtually impossible to predict how many would die in such an attack, there’s also the very real possibility that a tactical nuclear bomb could kill large numbers of Russia’s own soldiers — either in the blast itself or from subsequent radiation.

“I believe that Mr. Putin is aware of that, his military is aware of that,” he said, adding that “a tactical nuclear weapon in Ukraine on the front line would be not only very risky in terms of the exposure of Russian troops to the blast and to the radiation, in a broader context, it would be politically and militarily suicidal for Putin and that’s why I believe he refrains now not only from using this kind of weapon but also from talking about it openly.”

NATO officials seem to agree, though they’ve also openly warned Mr. Putin that any use of nuclear weapons will have serious consequences.

“We will not go into exactly how we will respond. But of course, this will fundamentally change the nature of the conflict,” NATO Secretary-General Jens Stoltenberg told reporters last week. “It will mean that a very important line has been crossed. Even any use of a smaller nuclear weapon will be a very serious thing, fundamentally changing the nature of the war in Ukraine. Of course, that will have consequences and Russia knows there will be consequences.”

While most rule out the likelihood Mr. Putin will risk even a tactical nuclear attack on Ukrainian or Western forces, some say the Kremlin has other options, including a “demonstration” detonation over the Black Sea or at a remote Russian testing site to show Kyiv and its backers what a Russian tactical nuclear bomb could achieve as a deterrent.

U.S. officials are tight-lipped on what those consequences might be. But it seems highly likely they would include direct strikes on Russian military targets — though it’s not clear whether the West would unleash its own nuclear capabilities or rely on purely conventional weapons.

Some former officials argue Mr. Putin should be made aware of exactly what his forces might face in response.

“While the United States and our NATO allies should continue to warn publicly of ‘catastrophic’ consequences of Putin’s reckless nuclear saber-rattling, we should be brutally clear to Putin in private: If he makes a reckless decision to use nuclear weapons in Ukraine, the U.S. will respond with direct military force against Russian troops waging the war in Ukraine, ensuring Putin’s defeat there,” former Defense Secretary and CIA Director Leon Panetta wrote in a recent piece for Politico. “We must be prepared to use U.S. military assets, including combat aircraft and cruise missile strikes, to ensure that Putin cannot threaten Ukraine with nuclear weapons.”

• Guy Taylor contributed to this article, which is based in part on wire service reports.