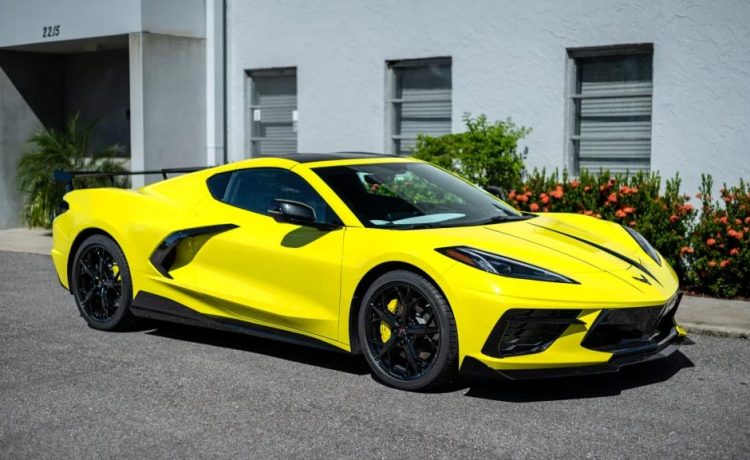 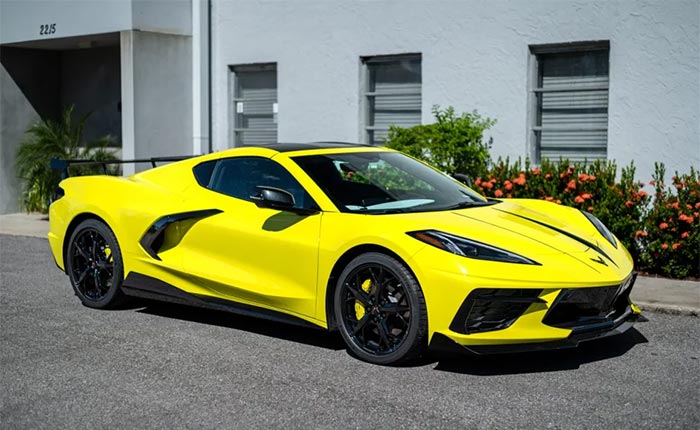 Corvette Racing’s inaugural racing season in 2020 ended with the C8.R race car sweeping IMSA’s sports car championship series, taking the Manufacturers, Drivers, and Team titles after six victories and seven pole positions. Proving that the first year wasn’t a fluke, the team came back in 2021 and did it again, taking all three championships.

To celebrate these accomplishments, Chevrolet offered the IMSA GTLM Championship C8.R Edition during the 2022 model year.

Only 1,000 of these special editions were built as coupes or convertibles, with buyers choosing either the No.3 Accelerate Yellow or the No. 4 Hypersonic Gray version. All these cars included the top-of-the-line 3LT package and the Z51 Performance Package. 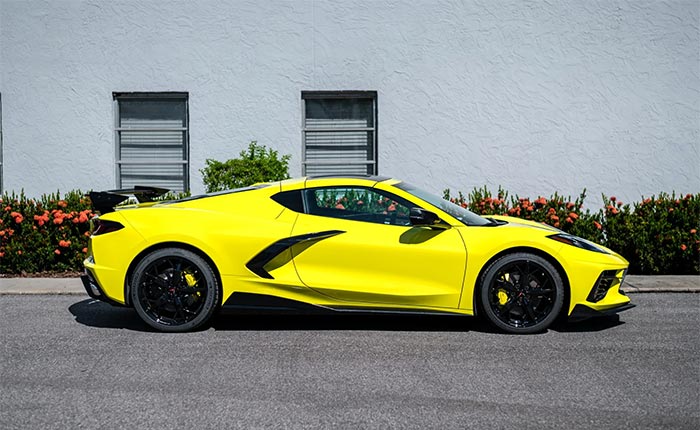 Before these 1,000 cars were built for 2022, however, Chevy first built at least one such pre-production model in 2021. This Corvette – which was supposed to be stripped and then crushed by the manufacturer – has somehow managed to find its way to a new private owner.

Now this rare Corvette – which includes a C8.R Edition plaque mounted on the waterfall between the seats with serial number “01EX” – is being offered on Bring a Trailer. With two days still left in the auction, the high bid has already hit $101,000. 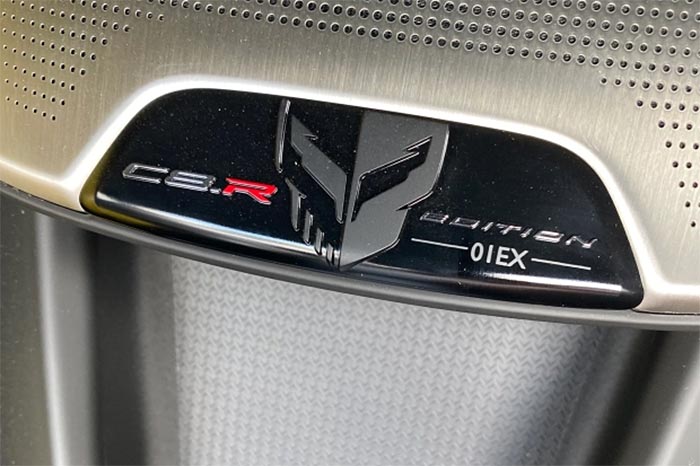 Featuring Accelerate Yellow exterior paint over a Sky Cool Gray and Strike Yellow interior, this car apparently was used by Chevrolet as a promotional vehicle for the upcoming 2022 special edition. The seller says it was displayed at the Petit Le Mans at Road Atlanta, 6 Hours of the Glen, and Detroit Grand Prix and was even used for the 2022 Chevrolet Corvette C8.R brochure. 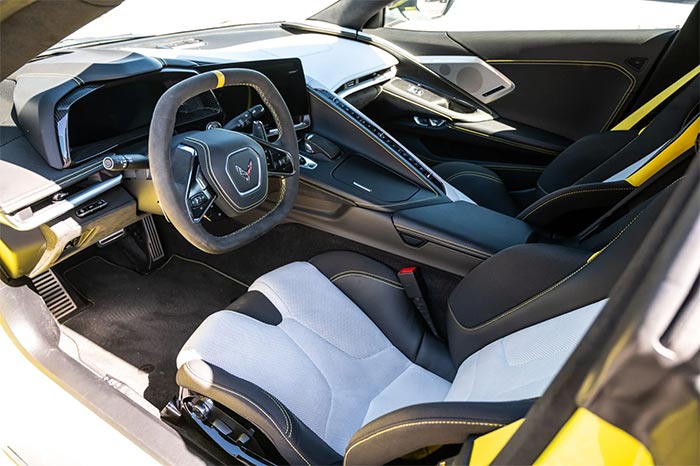 After being used by Chevrolet for promotional purposes, the car was sold for $104,500 earlier this year at the 2022 Barrett-Jackson Auction in Las Vegas – part of the GM Heritage Collection directly from GM. After noticing odd tape residue in the outline of dual stripes running down the center of the car, similar to the C8.R, as well as the “01EX” badge on the waterfall, the current owner talked to a member of the GM Corvette design team and requested a duplicate window sticker.

His contact immediately sent out a GM tech to remove some important GM software and to make the car compliant with appropriate warning labels and similar updates because the car wasn’t supposed to be sold, according to a story by GM Authority.

With just 97 miles on the odometer, the car remains in excellent condition. How high do you think the price of this very special, special edition will go?

Race to Win a 2022 Corvette C8.R Edition with 25% Bonus Entries for CorvetteBlogger Readers