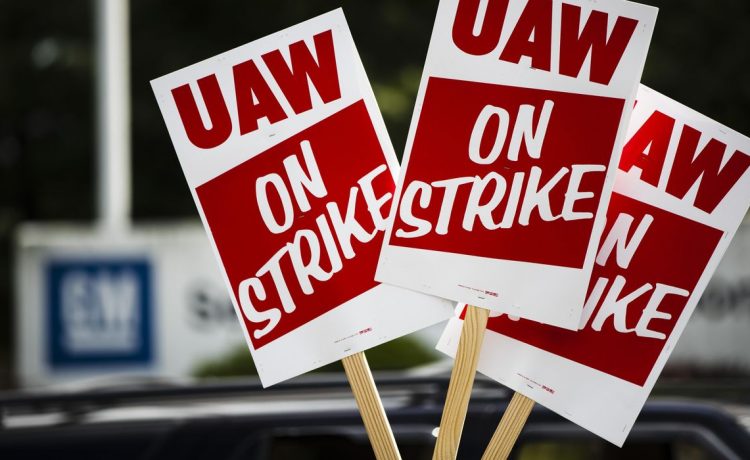 Workers’ strikes are on the rise this year, coupled with a surge in union organizing, as the tight labor market emboldens employees under the pro-union Biden administration to make more demands about their post-pandemic working conditions.

There have been 288 strikes in the U.S. this year as of Friday, from the Oakland school district to the Philadelphia Art Museum, according to Cornell University’s labor-action tracker. That’s an increase of about 80% over the same period in 2021, when there were 163 worker walkouts.

Requests for the National Labor Relations Board to hold union elections also increased 58% in the first three quarters of fiscal 2022, compared with the same period in 2021. Workers have won union elections at major companies including Starbucks, Amazon, Google, Trader Joe’s and Verizon.

The increased union activity, analysts said, is spurred primarily by the shortage of workers. Job openings rose unexpectedly by 199,000 in July to 11.2 million.

“Employers are really scratching just to find anybody to fill spots,” said Sean Higgins, a labor specialist at the Competitive Enterprise Institute in Washington. “And a lot of workers have realized how much of a commodity they are as a consequence. And that gives them more leverage to do this.”

Intervention by the president and his top advisers averted a strike last month by as many as 150,000 freight railroad workers, a work stoppage that would have led to further supply disruptions and likely pushed inflation even higher. Consumer prices hit a 41-year high this summer.

Voting by 12 unions is ongoing on the tentative rail agreement, which includes 24% pay raises over five years and bonuses of at least $5,000. But ratification isn’t a slam dunk, as workers express dissatisfaction with sick-time policies in the deal.

“Can you feel the chill in the air?” she tweeted. “Strikes for 2022 so far have significantly outpaced strike activity in 2021!!!”

Mr. Biden is fond of saying he wants to lead “the most pro-union administration in American history.”

“When unions win, workers across the board win,” Mr. Biden said at a labor event last month. “That’s a fact. Families win, community wins, America wins. We grow. And despite this, workers have been getting cut out of the deal for too long a time.”

The pandemic created difficult conditions for workers in many different sectors, including health care and service industries. Resentment rose as many workers quit, and those who remained on the job often faced longer hours.

Adding to those frustrations, inflation running at a four-decade high also has wiped out wage gains. The Federal Reserve has raised interest rates five times this year to lower inflation, a course that also risks job losses and a recession.

Fed officials are concerned about the possibility of a so-called “wage-price spiral” in which higher prices push up wages, which leads to even higher prices. Fed Chairman Jerome Powell has said the central bank has not yet seen firm evidence of such a trend.

The Atlanta Fed’s wage tracker did show wages rising in August at a rate of 6.7%, the highest in decades, while inflation in September was still running at a too-hot 8.3%.

Mr. Higgins said labor costs are bound to keep rising as a response to increased organizing. Combined with the post-pandemic impact of a labor shortage.

“We do run the risk of a wage-price spiral if this continues,” he said.

Wharton Business School professor Jeremy Siegel told CNBC recently that he doesn’t believe wages are currently driving inflation, saying worker raises to date appear to be a “catch-up” instead of a cause.

The five-member National Labor Relations Board, technically an independent agency but controlled by Biden appointees, is also responsible for unions and organizers flexing their muscles in the past two years.

The NLRB proposed a “joint employer” rule last month that conservatives and the business community say would hurt franchise business owners by extending liability to franchisees for actions by corporations such as McDonald’s and Marriott.

The Associated Builders and Contractors also published a survey last week showing that 98% of its members oppose Mr. Biden’s proposed rule mandating project labor agreements (PLAs) on federal construction projects of $35 million or more. The group said PLAs “increase costs and exacerbate the construction industry’s skilled labor shortage because they exclude almost nine out of 10 workers from participating in these contracts.”

“The overwhelming opposition to PLA mandates demonstrates that fair and open competition on federal and federally assisted infrastructure projects is a win-win for taxpayers and the U.S. economy because it ensures all Americans and qualified companies are welcome to fairly compete to rebuild America’s infrastructure,” said Ben Brubeck, ABC vice president of regulatory, labor and state affairs. “In contrast, the Biden administration’s proposed rule requiring government-mandated PLAs on federal contracts of $35 million or more, and other policies promoting PLAs on federally assisted construction projects, will needlessly increase costs by 12% to 20% and reduce competition from quality contractors and the 87.4% of construction workers who freely choose not to join a union.”

The Biden proposal would replace an executive order by President Obama in 2009 that encourages federal agencies to mandate PLAs on federal construction projects exceeding $25 million on a case-by-case basis. The proposed rule is expected to affect about 120 federal contracts valued at $10 billion per year.