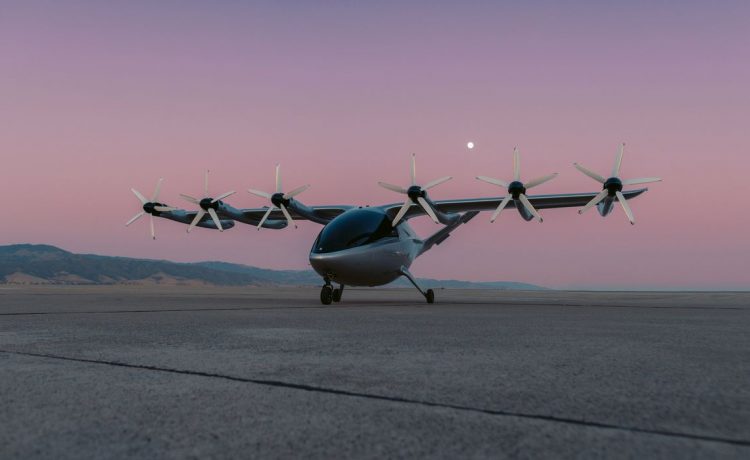 United Airlines is betting on a “Jetsons”-style future for commuters by putting down a $10 million deposit on a fleet of 100 flying four-person taxis from Archer Aviation.

In spite of the name, the taxis look less like cars and more like small helicopters. They are electric vertical take-off and landing vehicles, or eVTOLs, and use batteries to hover and fly with the assistance of propellers.

The deal with United is a “validation of Archer’s achievements to date, not only with flight testing and product development, but also a great signal of confidence in our roadmap to commercialization,” said Adam Goldstein, the company’s chief executive officer in a press release.

The taxis have a range of 60 miles and fly up to 150 mph, producing less noise than an air conditioning unit, according to Fortune.

United touted the deal as a sign of the company’s commitment to decarbonization initiatives.

“We believe eVTOLs have the potential to both help achieve carbon-neutral travel and serve as an innovative new tool to change how United customers experience comfort, convenience and efficiency,” said Michael Leskinen, president of United Airlines Ventures.

With their vertical movement and hovering abilities, the eVTOL taxis are envisioned as a way for consumers to escape city traffic jams, especially on the way to airports.

Archer Aviation expects approval from the Federal Aviation Administration by the end of 2024 to start producing, selling, and operating the eVTOL taxis.

The FAA is currently evaluating how to train pilots to operate the vehicles, and how to integrate the planned flight paths of around 2,000 to 3,000 feet in the air with existing air traffic, according to Fortune.

The cash deposit is an important sign that the eVTOL industry has matured beyond prototypes, supported by viable designs, investment, and a growing regulatory framework, Mr. Goldstein told the Wall Street Journal.

Mr. Leskinen explained to the WSJ that the projected cost of an air taxi flight would be comparable to the current cost of an Uber Black, — the premium level service offered by Uber. A ride from Manhattan to a New York hub airport would cost around $110 to $120.