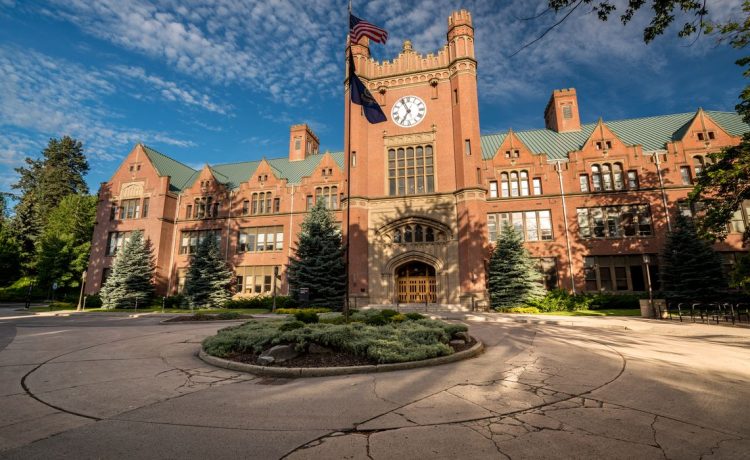 Three members of a Christian student group and their faculty adviser dropped a lawsuit against the University of Idaho after officials agreed to pay $90,000 and drop sanctions imposed after a complaint about the group’s stance on marriage.

The Alliance Defending Freedom, a public interest law firm representing the four, sued on their behalf in April, arguing the school violated the free speech rights of the Christian students by imposing “no-contact” orders after an unnamed student’s complaint.

The three law school students, Peter Perlot, Mark Miller, and Ryan Alexander, and professor Richard Seamon, the Christian Legal Society’s faculty adviser, were hit with “no-contact” orders after a student asked at an anti-homophobia event why the group requires its officers to adhere to orthodox Christian beliefs on marriage.

Mr. Miller cited the Biblical view of marriage as being between a man and a woman in his response, and Mr. Perlot left a handwritten note for the student offering to dialog further and hear the student’s opinion.

Instead, according to the ADF, the student and “several others” spoke at an American Bar Association panel at the school and “publicly denounced CLS’s religious beliefs.”

Mr. Alexander defended the chapter and said CLS was in his view subject to “the greatest amount of discrimination” on the Idaho campus.

The university issued “no-contact” orders against the students three days after the ABA panel discussion without giving the students the chance to see the allegations or defend themselves, ADF said.

A “no-contact order” was also issued to Mr. Seamon following verbal and email exchanges with the complaining student, who had enrolled in his constitutional law class.

“If we are to repair the current culture of political polarization, conversations among persons with differing viewpoints are essential,” Christian Legal Society attorney Laura Nammo said in a statement. “University officials’ censorship of such conversations needlessly exacerbates polarization and harms all students’ ability to learn from one another,” she said.

Spokespersons for the University of Idaho did not immediately respond to a request for comment from The Washington Times.