The Great Days > News > University of Michigan’s new laser will be America’s most powerful: 3,000 times stronger than power
News

University of Michigan’s new laser will be America’s most powerful: 3,000 times stronger than power 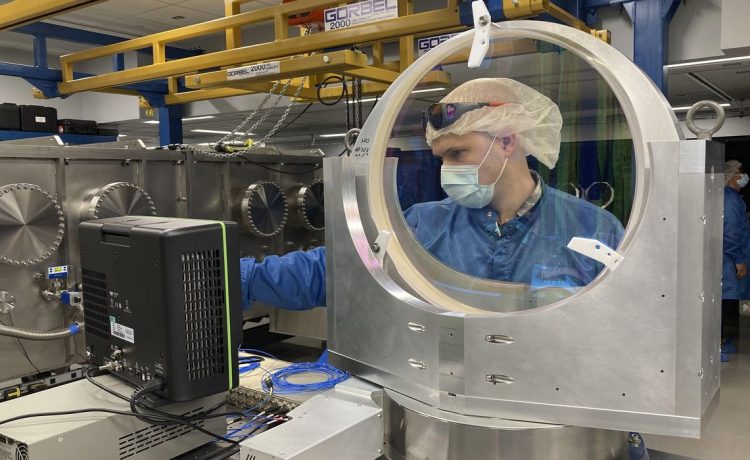 The University of Michigan plans to begin experimenting with a new high-power laser that will eventually become the strongest laser in America, according to the researchers.

The Zettawatt-Equivalent Ultrashort pulse laser System, called ZEUS for short, will have a final capability of 3 petawatts, which is 3,000 times more powerful than the U.S. power grid, Michigan professor Louise Willingale told the Associated Press.

The ZEUS laser, housed in the university’s Center for Ultrafast Optical Science, offers researchers multiple beams to study, the main laser beam and then a secondary electron beam.

“ZEUS will be the highest peak power laser in the U.S. and among the most powerful laser systems in the world. We’re looking forward to growing the research community and bringing in people with new ideas for experiments and applications,” CUOS Director Karl Krushelnick said.

The first experiment will be conducted by researchers from the University of California-Irvine, exploring very small, short x-ray pulses that could offer an alternative to current, high-radiation x-ray methods.

Ramping up to full power will come gradually; the first experiment will only be using 30 terawatts, which is one percent of the ZEUS laser’s full power.

Researchers will debut a signature experiment in 2023 that will simulate a zetawatt laser, a million times more powerful than the machine’s 3 petawatts maximum capacity.

That experiment involves sending the electron beam directly into the laser pulse; for the electrons, it will be as if they were interacting with a zetawatt laser.

“Magnetars, which are neutron stars with extremely strong magnetic fields around them, and objects like active galactic nuclei surrounded by very hot plasma—we can recreate the microphysics of hot plasma in extremely strong fields in the laboratory,” Ms. Willingale said.

The ZEUS laser will have a panel to screen experiments, which can be offered for submission from around the world.

“ZEUS will not only be the most powerful laser beam on the continent but, perhaps more importantly, will provide multiple powerful beams. Rather than solely making highly energetic plasmas from a laser, there is a second beam which can interact with the plasma as well,” said Franklin Dollar, who is conducting the first ZEUS experiment.