Up to 33% of ICE catch-and-release migrants abscond: GAO audit 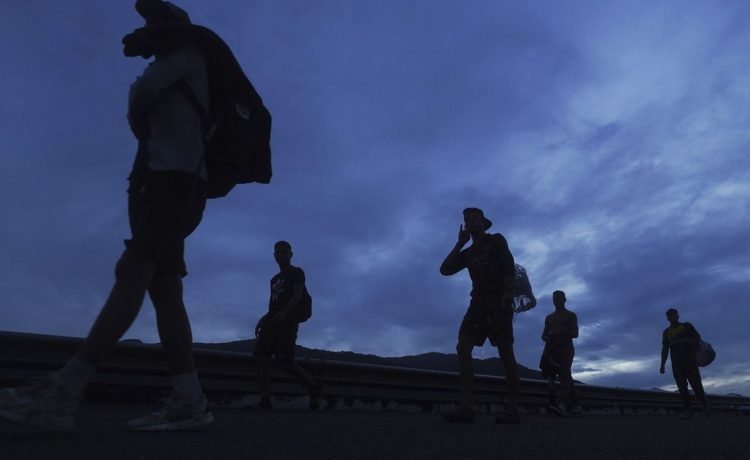 ICE’s catch-and-release program has a high failure rate, according to a new government audit released Wednesday that found up to one-third of migrants abscond before their time is up.

The Alternatives to Detention program, or ATD as it’s known within U.S. Immigration and Customs Enforcement, also doesn’t have solid yardsticks to measure its success, even as the number of people ICE enrolls soars, the Government Accountability Office said in the exhaustive new analysis.

“In recent years, ICE has increasingly used the ATD program to provide case management and electronic monitoring of individuals it releases into the community while they await resolution of their immigration court proceedings. While ICE has taken steps to implement program policies, collect program data, and oversee the contract, further actions could improve its implementation, assessment, and oversight of the program and its $2.2 billion contract,” GAO concluded.

ICE has limited space for detaining the 3 million migrants it has on its docket, so it releases the vast majority of them into communities to wait for immigration court hearings.

Immigrant-rights advocates and Democrats want still fewer detentions and more releases, arguing that migrants can be placed on alternatives that will ensure they show up for their proceedings.

But the new report indicates releasing them is fraught with complications — not the least of which being breaking the terms of their release and disappearing.

ICE said about 34,000 people completed ATD in 2020, and 40% of them were failures, with migrants either breaking terms of their condition, including 33% who outright absconded.

Just 8% of cases were “favorable” outcomes, where the migrant was verified to have left the country or won their case and earned the right to stay.

That works out to a failure ratio of one-to-five.

The most common outcome, though, was what ICE labeled “neutral,” where a migrant was released from the ATD program without a final outcome. That includes cases where the migrant was arrested, or died, or where ICE ended monitoring for its own reasons.

Some 52% of cases were neutral outcomes in 2020, while in previous years the rate was roughly 70%.

Those in the program did attend court appearances about 99% of the time — a rate proponents of ATD tout as a success.

But migrants only stay in the ATD program about a year, even though their cases stretch much longer. ICE just stops monitoring them at some point along the way.

Of about 235,000 cases where migrants were unenrolled from late 2014 through 2020, roughly 80% of those were kicked out of the program before the courts rendered a final decision.

ICE said people can earn their way out of the program by following the rules.

Types of alternatives include GPS monitoring by ankle bracelet; a telephone call-in requirement; or use of a smartphone application. The phone option has become particularly favored under the Biden administration.

Being part of the ATD program can often mean access to other services, such as legal aid, food and clothing supplies, or medical care. Unenrollment can cut off those services.

If migrants can be held, they can be deported, Trump officials maintained. If released, they have a chance to abscond, and many do.

But GAO said that number needs context. ICE looks at everyone who has “unenrolled” from the program, either by completion or absconding, and figures out how many were deemed to have gone missing.

When calculated by total population — including those still in the program — the rate drops to no more than 10%, GAO said. That’s partly because there are so many more people on the rolls, thanks to border surges in 2019 under President Trump, and now again under President Biden.

ICE officials told investigators it doesn’t make sense to include ongoing participants because the outcomes of those cases are not yet known.

Of those in the ATD program during the time under study, 54% were women, 46% were men and less than 1% were transgender. The average age was 32.

The GAO made 10 recommendations for improvements, ranging from different absconsion calculations to better monitoring of contractors. ICE concurred with all the suggestions.