US Army misses recruiting goal; other services squeak by 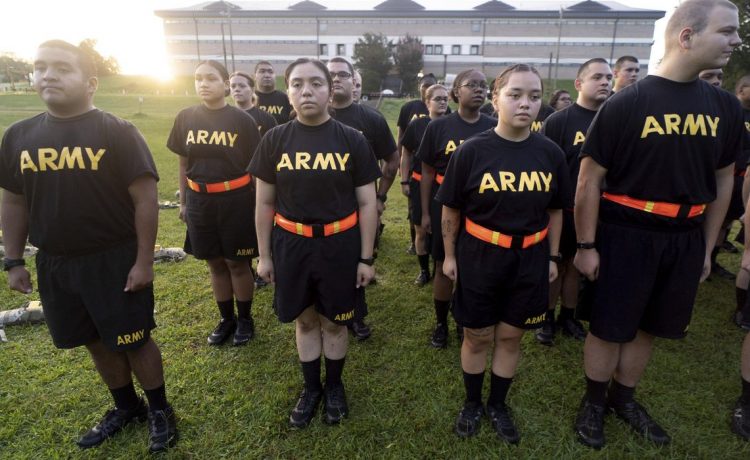 The Army fell about 15,000 soldiers – or 25% – short of its recruitment goal this year, officials confirmed Friday, despite a frantic effort to make up the widely expected gap in a year when all the military services struggled in a tight jobs market to find young people willing and fit to enlist.

While the Army was the only service that didn’t meet its target, all of the others had to dig deep into their pools of delayed entry applicants, which will put them behind as they begin the next recruiting year on Saturday.

The worsening problem stirs debate about whether America’s fighting force should be restructured or reduced in size if the services can’t recruit enough, and could also put added pressure on the National Guard and Reserve to help meet mission requirements.

According to officials, the Marine Corps, which usually goes into each fiscal year with as much as 50% of its recruiting goal already locked in, has only a bit more than 30%. And the Air Force and the Navy will only have about 10% of their goals as they start the new fiscal year. The Air Force usually has about 25%. Officials spoke on condition of anonymity to provide details on the recruiting totals that have not yet been released.

“In the Army’s most challenging recruiting year since the start of the all-volunteer force, we will only achieve 75% of our fiscal year 22 recruiting goal,” Army Secretary Christine Wormuth said in a statement to The Associated Press. “The Army will maintain its readiness and meet all our national security requirements. If recruiting challenges persist, we will draw on the Guard and Reserve to augment active-duty forces, and may need to trim our force structure.”

Officials said the Army brought in about 45,000 soldiers during the fiscal year that ended Friday. The goal was 60,000.

The Air Force, meanwhile, was able to pull enough recruits from its delayed entry pool to exactly met its goal to bring in 26,151 recruits this year.

“Using Air Force lexicon, I would say we’re doing a dead stick landing as we come into the end of fiscal ‘22, and we’re going to need to turn around on the first of October and do an afterburner takeoff,” Maj. Gen. Edward Thomas, head of the Air Force Recruiting Service, said at a conference last week. “We’re going to be starting 2023 in a tougher position than we started 2022.”

Military leaders used increased enlistment bonuses and other programs to try and build their numbers this year, but they say it’s getting more and more difficult to compete with private industry in the tight labor market. And as they look to the future, they worry that if the declining enlistment trends continue, the Pentagon may have to reassess its force requirements and find ways to make the military a more attractive profession to the eroding number of young Americans who can meet mental and physical requirements for service.

Early this year, military leaders were already braced for a bad recruiting season. The Army, for example, announced several months ago that it would have to adjust the expected size of its total force this year from 476,000 to about 466,000. The large recruiting shortfall was offset a bit by the Army‘s ability to exceed its retention goal – keeping 104% of the targeted number of troops in the service.

The causes for the recruiting struggles are many and varied.

Two years of the pandemic shut off recruiters’ access to schools, public events, fairs and other youth organizations where they often find prospects. Moving to online recruiting – as in-person meetings closed down – was only marginally successful. And some of the in-person access has been slow to open up again.

At the same time, companies like McDonalds are now wooing workers with tuition benefits and other increased perks that for years made the military an attractive profession. Military leaders say that they are suffering from the same labor shortage that has restaurants, airlines, shops and other businesses desperately scraping for workers.

Exacerbating the problem is the fact that according to estimates, just 23% of young people can meet the military’s fitness, educational and moral requirements – with many disqualified for reasons ranging from medical issues to criminal records and tattoos.

“We remain committed to maintaining our standards, investing in America’s youth, and emphasizing quality over quantity,” Gen. James McConville, chief of staff of the Army said.

It’s unclear how much the debate over the COVID-19 vaccine is playing in the recruiting struggles. So far, the Army has discharged a bit more than 1,700 soldiers for refusing to take the mandated vaccine. That’s a tiny fraction of the overall force size.

At the same time, the patriotism that fueled the rush to military service in the wake of the Sept. 11 attacks has dimmed. Some may look around and see no more wars and terrorists to fight so they look elsewhere. And others see lucrative hiring campaigns by private industry and know the salaries will be better than military pay, and they will be less likely to end up wounded or killed in those jobs.

The services are grappling with a number of new programs and other changes to beef up recruiting but face lingering questions about how best to convince young people that military life is a viable option for them.

During a recent Senate Armed Services Committee hearing on the recruiting challenges, Sen. Kirsten Gillibrand, D-N.Y., challenged the services to “think outside the box, creating new career paths, offering innovative pay and incentive structures, and realigning some capabilities from military to civilian workforces should all be on the table.”