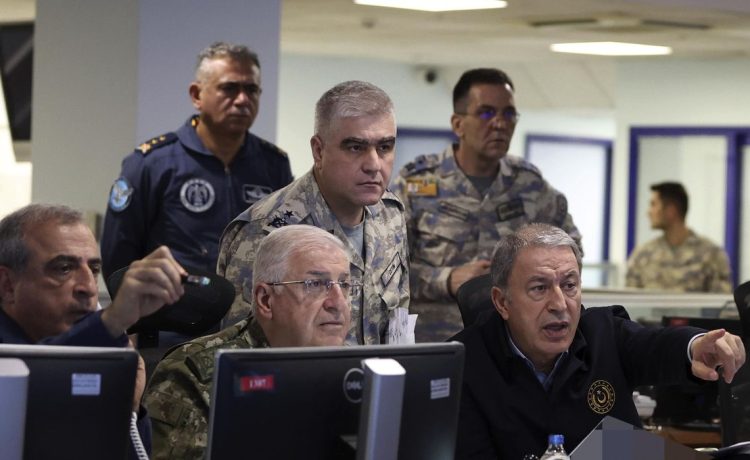 BEIRUT (AP) — A U.S. official in Syria on Friday called for an “immediate de-escalation” following days of deadly airstrikes and shelling along the Syria-Turkey border, saying the actions destabilize the region and undermine the fight against the Islamic State group.

Turkey this week launched a wave of airstrikes on suspected Kurdish rebels hiding in neighboring Syria and Iraq, in retaliation for a deadly Nov. 13 bombing in Istanbul that Ankara blames on the Kurdish groups.

The groups have denied involvement in the bombing and say the Turkish strikes have killed civilians and threatened the anti-IS fight.

The Britain-based Syrian Observatory for Human Rights, an opposition war monitor, said that 67 civilians, gunmen and soldiers, have been killed in Turkish attacks in northern Syria since the airstrikes began.

The developments are “unacceptably dangerous and we are deeply concerned,” said Granger, who is currently in Syria, and added that the strikes also endanger U.S. military personnel there.

Turkish President Recep Tayyip Erdogan threatened a new land invasion of northern Syria targeting Kurdish groups. On Friday, he said Turkey would continue its “struggle against all kinds of terror inside and outside our borders.”

Turkey and the United States both consider the outlawed Kurdistan Workers’ Party, or PKK, a terror group for the decadeslong insurgency and attacks the group has staged within Turkey’s borders.

But they disagree on the status of the main Kurdish militia in Syria, the People’s Protection Units, or YPG. The Syrian Kurdish group has been a key U.S. ally in the fight against IS.

Turkey has carried out three major incursions into northern Syria since 2016 and its forces still control part of the country.

Kurdish officials in Syria have been warning that any new Turkish incursion would disrupt the fight against IS, which still has sleeper cells and has carried out deadly attacks in recent months against the Syrian Kurdish-led opposition forces as well as Syrian government forces.

“We take these threats seriously and prepare to confront any ground attacks,” Siamand Ali, a spokesman for the Kurdish-led Syrian Democratic Forces told The Associated Press.