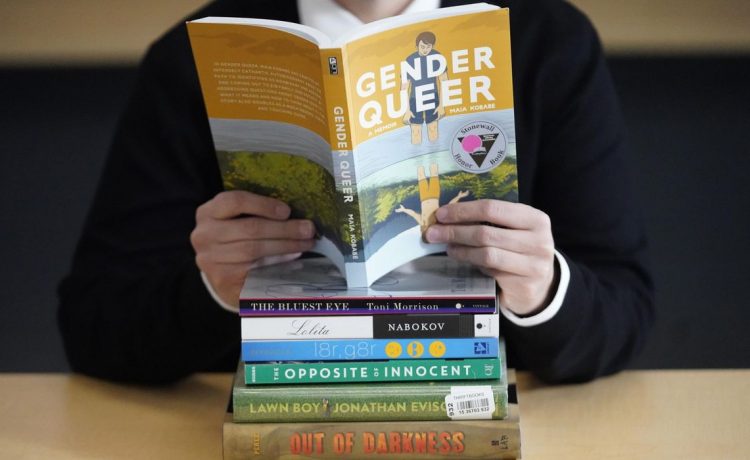 The Alpine School District, which enrolls 84,000 students in an area 40 miles south of Salt Lake City, recently decided to pull the books by 41 authors from its library shelves after an internal audit flagged them as “sensitive material” without “literary merit.”

Of the books removed, 21 feature LBGTQ characters or themes, including “Nineteen Minutes” by Jodi Picoult, “Forever…” by Judy Blume, and the 2015 Caldecott Honor Book “This One Summer” by Mariko Tamaki.

Both books have been challenged as “pornographic” in dozens of U.S. school districts this year, according to a report from the American Library Association that lists them as the most-challenged books in the country.

In a statement emailed to The Washington Times on Tuesday, Alpine spokesman David Stephenson said the district is required under Utah’s new law, which went into effect in May, “to have a process for identifying materials to be included or disqualified from use in libraries and schools.”

“As designated in the law, a committee will further review books to determine whether another appropriate designation of restricted or removed status is needed. Some books may be held at a school, waiting for local board policy adoption to continue a formal committee review,” Mr. Stephenson wrote.

The Alpine School Board said at a July meeting that it reviewed 275 books for three days before deciding to remove the 52 books and put 32 other titles into a more thorough “cover to cover” investigation this fall.

Alpine officials said they were acting on guidance that Utah’s Office of the Attorney General issued on June 1, directing officials throughout the state “to immediately remove books from school libraries that are categorically defined as pornography under state statute.”

State statute defines pornographic material as appealing to a “prurient interest in sex,” including “patently offensive” depictions of nudity or sex and lacking “serious literary, artistic, political or scientific value.”

More Utah districts are poised to remove titles as school resumes this month. Last Tuesday, the Utah State Board of Education approved a new library materials model policy for parents to challenge books.

“Elected officials and attorneys general are now easing and encouraging banning, facilitating the fulfillment of demands from local activists. We call on the Alpine School District to retain these books, and demonstrate greater respect for considered processes and students’ right to read,” said Jonathan Friedman, PEN America’s director of free expression.

But Connor Boyack, president of the libertarian Libertas Institute in Lehi, Utah, said parents have a right to restrict what their children read at school.

“Taxpayer-funded libraries shouldn’t exist for the promotion of salacious or inappropriate material for minors,” said Mr. Boyack, author of the free market “Tuttle Twins” children’s book series. “Parents have the right to expose their children to controversial material within their own home, but it’s silly to suggest that the government should be providing potentially pornographic content to kids.”