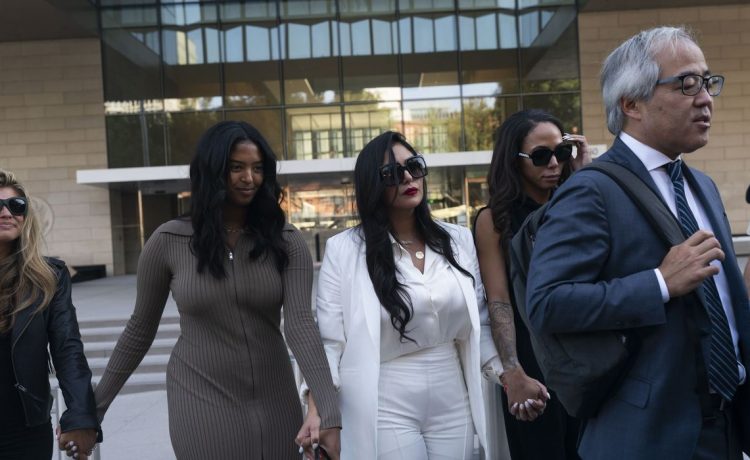 Vanessa Bryant, the widow of basketball legend Kobe Bryant, is planning to donate the proceeds from Wednesday’s verdict in her lawsuit against Los Angeles County to the Mamba & Mambacita Sports Foundation.

The nonprofit was founded by Los Angeles Lakers superstar Kobe Bryant in 2016 and was renamed in 2020 to honor the couple’s late 13-year-old daughter Gianna, who perished alongside her father and others in a helicopter crash.

That crash is what sparked Ms. Bryant’s lawsuit against Los Angeles County, after sheriff’s deputies and firefighters on the scene took pictures of the crash’s victims and shared them publicly.

After an 11-day trial, a federal jury ordered the county to pay Ms. Bryant $16 million in damages and another $15 million to Chris Chester, whose wife and daughter also died in the accident.

Although the total amount of winnings being given to charity has not been disclosed, Ms. Bryant said that the donation is meant “to shine a light on Kobe and Gigi’s legacy,” according to the Los Angeles Times.

“Vanessa Bryant has sought only accountability, but our legal system does not permit her to force better policies, more training or officer discipline,” Ms. Bryant’s attorney, Luis Li, said in a statement to the Los Angeles Times.

Mr. Li added that, far from being an aberration, the two departments had taken and shared accident photos for decades, thanking witnesses Ralph Mendez and Luella Weireter for bringing this instance to the attention of authorities.

“It is Mrs. Bryant’s hope that this important civil rights case will put to a stop this abhorrent and callous behavior,” Mr. Li told the Los Angeles Times in the statement.

The Mamba & Mambacita Sports Foundation “provides funding and sports programming for underserved athletes to enable participation in school and/or league sports,” according to the charity’s website.