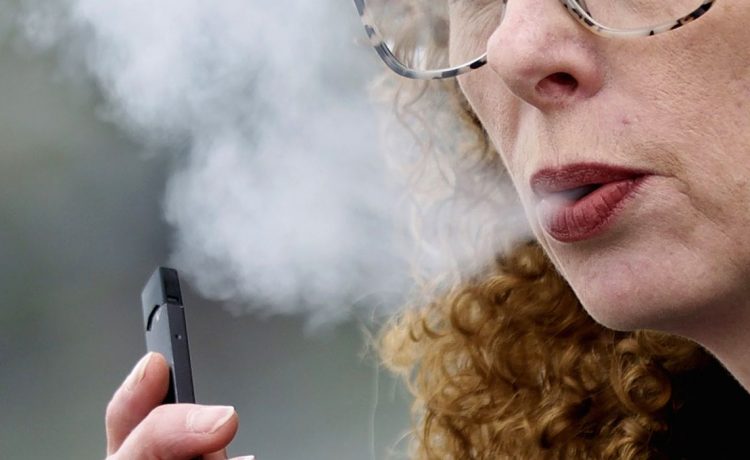 Using a vape doesn’t help people kick their cigarette smoking habit, according to a new study.

A nationally representative database of people who used both cigarettes and e-cigarettes was tracked over a five-year period by researchers at George Washington University.

Researchers found that most people (42%) fell into the category of quitting vaping while continuing to smoke cigarettes. Only 15% of people continued to use both products over the study period, and 10% quit smoking and vaping altogether.

“This study suggests that at the population level, vaping may not help people kick the smoking habit,” lead researcher Nandita Krishnan said in a press release. “People who concurrently use e-cigarettes and cigarettes experience increased health risks, and both products deliver nicotine, which is addictive. We should be trying to help them quit both smoking and vaping.”

A total of 545 people participated in the study. All of them answered a survey about their level of tobacco and vaping use beginning in 2013 and did so annually for the remainder of the study period.

Cigarette smoking, meanwhile, held much stronger. The study recorded 473 people (or 87% of the total) were still smoking by the second year and 441 (81%) by the third year. Numbers continued to trend down in the fourth year to 421 users (77% of total) and 383 (68%) in the final year. Researchers theorized that the greater potency of cigarettes caused more loyal users during the study period.

“Although data on specific device type were unavailable, it is likely that many participants used earlier generation [vaping] devices that are less efficient at delivering nicotine,” the study said. “Thus, the lack of stability in [vape] use, as well as less frequent [vape] use relative to cigarette use at [the beginning of the study], might be because these products did not provide as much satisfaction as cigarettes, which is a common reason cited by dual users for discontinuing [vape] use.”

The study’s findings poke a big hole in the marketing campaign from e-cigarette companies, which advertise as a tobacco alternative that can help people quit cigarettes.

Juul, one of the major vape manufacturers, recently settled 5,000 lawsuits to the tune of $1.2 billion over claims that it marketed its product toward children, according to London’s Daily Mail newspaper.

The study is titled “Trajectories of ENDS and cigarette use among dual users: analysis of waves 1 to 5 of the PATH Study” and was published in the medical trade journal BMJ on Tuesday.