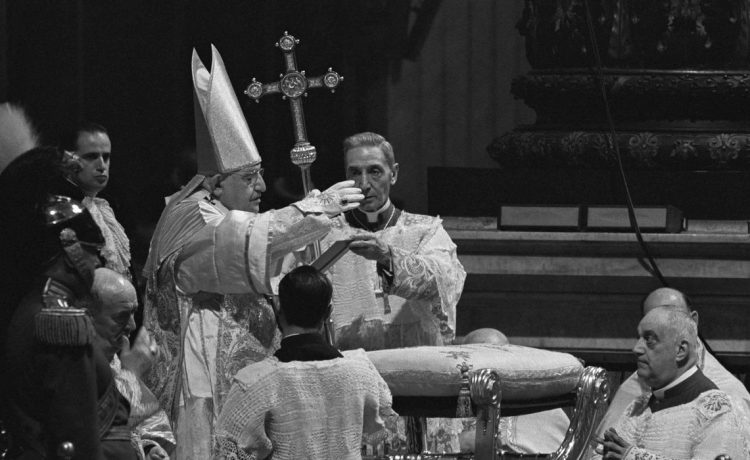 Six decades have passed since Pope Saint John XXIII announced his intention to “open the windows” of the Roman Catholic Church by convening a gathering of bishops known as the Second Vatican Council.

But the drafts that blew into and out of that open “window” are still felt today, 60 years after that the council, popularly known as Vatican II, commenced.

In the past year alone, the Vatican II decision to allow the Mass to be said in local languages has sparked controversy with Pope Francis’ declaration that the traditional Latin Mass can only now be said in specific circumstances where bishops have permitted it.

That brought blowback from some Catholics, who feared parishes that grew when offering the older form of the Mass would dwindle or even die when it is banished.

Speaking at a Mass to mark the anniversary and the role John XXIII played in establishing the council, Pope Francis said Tuesday the Catholic Church should “be overcome with joy” and avoid division. He did not reference the Latin Mass issue directly, however.

The pope said, “How many of us are unable to live the faith with joy, without grumbling and criticizing? A Church in love with Jesus has no time for quarrels, gossip and disputes. May God free us from being critical and intolerant, harsh and angry!”

“On this sixtieth anniversary of the Council, a lot of the debates once thought settled [at the fiftieth anniversary] in 2012 have re-emerged,” said George Weigel, a noted Catholic historian whose latest book, “To Sanctify the World: The Vital Legacy of Vatican II,” recaps the event.

A senior fellow at the Ethics and Public Policy Center in the District, Mr. Weigel said via email it’s important to view Vatican II in light of what John XXIII intended, what the council taught and how it “was given its authoritative interpretation by John Paul II and Benedict XVI.”

Those popes, along with Pope Saint Paul VI, who succeeded John XXIII in the middle of Vatican II’s tenure, “all made it quite clear that Vatican II must be interpreted in light of, and as an authentic development of, the Church’s enduring tradition; Vatican II did not start the Catholic Church all over again,” Mr. Weigel said.

Pope Francis, who succeeded Benedict XVI when that pope retired in 2013, was ordained a priest in 1969 and therefore did not attend Vatican II. According to Joe Heschmeyer, a staff apologist at the Catholic Answers website, that makes Francis “the first, but not of course the last post-Vatican II pope.”

Mr. Heschmeyer said Francis’ “experience with the council is, as an outsider and as someone who saw the situation in the church beforehand, and saw the experience of the way the council was received by the church, and then saw the way that the [council] had been implemented.”

That doesn’t mean, Mr. Weigel pointed out, that the current pope’s understanding of Vatican II is totally clear to observers.

Mr. Wegel said, “Some of Pope Francis’s most vocal supporters describe Vatican II as a ‘paradigm shift’ in the Church’s self-understanding. But the Catholic Church doesn’t do paradigm shifts, it does the development of doctrine. That Pope Francis hasn’t corrected these supporters invites the concern that he agrees with them, which would be worrisome.”

But the Rev. Steve Grunow, a Catholic priest who is CEO of Word on Fire, a popular media ministry headed by Bishop Robert Barron, said the present pope can speak authoritatively on Vatican II despite not having been there.

Responding to questions via email, Father Grunow said, “The Holy Father has wisdom born of his particular experience, and I think it’s important to understand his perspective and be attentive to his wisdom.  Plus, he is the Holy Father, the pope, and his interpretation of Vatican II has the authority of the successor of St. Peter, and this is more significant than whether or not he was in attendance.”

The anniversary likely won’t be the last time Catholics discuss — and debate — the pronouncements of church leaders. Pope Francis’ “Synod on Synodality” is also being billed as a listening enterprise to hear what those on the front lines are saying.

“The idea behind synodality is to have more of a listening posture within the church, to hear [from] local congregations and dioceses and everything else, what’s the situation on the ground,” Mr. Heschmeyer said.

However, he added, “A lot of the ideas that are being proposed are terrible. They’re really bad ideas, they’re tried and failed, they’re the ones that we’ve seen in Liberal Protestantism that fail and aren’t faithful to what we believe as Catholics.”

Mr. Weigel agreed: “Vatican II called the Church to be a communion of disciples in mission. Thus every Catholic is a missionary, with a baptismal responsibility to share the gift we have been given, which is friendship with Jesus Christ. If this synodal process helps people live that responsibility, it will be in continuity with the teaching of Vatican II. If, as in Germany, a ‘synodal process’ is simply a cover for deconstructing Catholic faith, it will not be in continuity with Vatican II.”

Father Grunow added, “A ‘listening Church’ must really mean listening to the Lord Jesus, because if it’s simply about listening to one another, well, get ready for a fight.”

The German bishops launched their own “Synodal Path” in 2018, saying they want to staunch the outflow of members from the Catholic Church in the wake of various sexual abuse scandals.