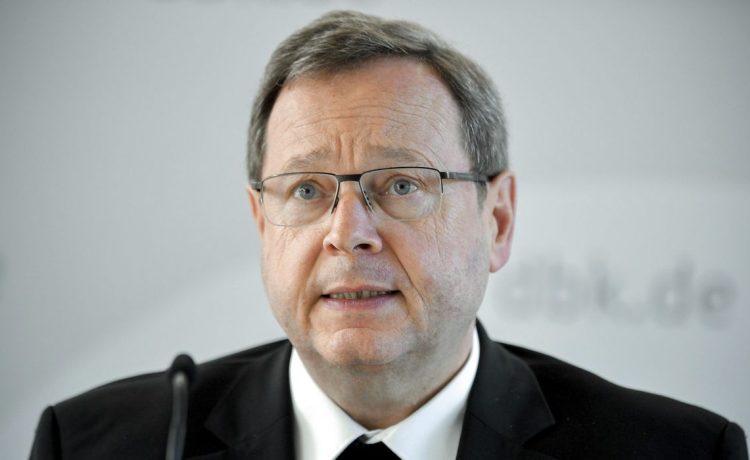 The pope, who met separately with the German bishops on his own on Thursday, was originally supposed to attend Friday’s summit but did not, leaving it to his cardinals to toe the Vatican line.

Germany’s church launched a reform process with the country’s influential lay group to respond to the clergy sexual abuse scandals, after a report in 2018 found at least 3,677 people were abused by clergy between 1946 and 2014. The report found that the crimes were systematically covered up by church leaders and that there were structural problems in the way power was exercised that “favored sexual abuse of minors or made preventing it more difficult.”

Preliminary assemblies have already approved calls to allow blessings for same-sex couples, married priests and the ordination of women as deacons. One has also called for church labor law to be revised so that gay employees don’t face the risk of being fired.

The German “Synodal Path” has sparked fierce resistance inside Germany and beyond, primarily from conservatives opposed to opening any debate on such hot-button issues and warning that the German reforms, if ultimately approved in the final stage, could lead to schism.

Such warnings were echoed by Vatican Cardinals Marc Ouellet, in charge of bishops, and Cardinal Luis Ladaria, in charge of doctrine, in the meeting Friday.

According to the joint statement, they “spoke with frankness and clarity about the concerns and reservations of the methodology, content and proposals of the Synodal Path and proposed, for the sake of unity of the church,” that they be dealt with later, when the global Catholic Church takes up such issues in a universal way next year.

The statement said a “moratorium” was proposed, but was rejected.

Francis has since launched a global “synodal path” which involves soliciting input from lay Catholics around the globe that has echoed many of the same themes as the German process, including the role of women in the church and homosexuality. But there is no indication the global church is prepared to go as far as the German church in pressing for change.

Francis, for his part, has personally intervened on the German process and recently pointed to a 2019 letter he wrote to the German faithful as summarizing all he has to say on the matter. In that letter, Francis offered support for the process but warned church leaders against falling into the temptation of change for the sake of adaptation to particular groups or ideas.

Bishop Georg Baetzing, who heads the German bishops conference, for his part, explained the work undertaken so far, stressing that it was based on listening to the “people of God and the pain over abuses committed by clergy,” the statement said.

Baetzing is scheduled to give a press conference on Saturday.