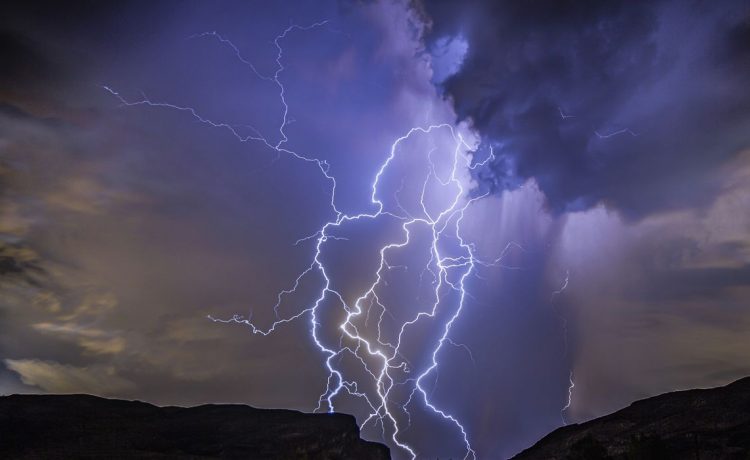 After the floodwaters receded, Clark County Fire Department reported that two lifeless bodies were found in the city’s flood channels, according to the New York Post.

One was located around Las Vegas Boulevard Thursday night, and another was uncovered near the southern tip of the Las Vegas Strip on Friday morning.

The exact cause of death for the two victims, and whether or not the flood was related to said deaths, has not yet been determined.

Las Vegas Department of Public Safety personnel also dealt with three stalled cars, a downed tree, and ceiling damage at an apartment complex, as reported by the New York Post.

All occupants of the stalled vehicles were evacuated safely.

Video on social media showed water flooding a parking structure near The Linq hotel, and water falling on visitors in the Planet Hollywood and Caesars Palace casinos.

wow @defcon off to a great start pic.twitter.com/cZjiyBUDOB

“The sheer amount of water made one of my friends very nervous – she was very concerned about the possibility of more water coming in or a partial ceiling collapse,” tourist Richard Henderson told the New York Post.

The National Weather Service reported on Twitter that this monsoon season is the most intense Las Vegas has seen in a decade —1.28 inches of rain have fallen thus far in the 2022 season, which the NWS indicates lasts from June 15 to Sept. 30.

The 2012 monsoon season saw 3.63” of rainfall, according to the NWS infographic. Las Vegas normally receives 4.2” of rain per year, per the New York Post.

The rain shows no signs of letting up anytime soon.

“There’s really no sign of the monsoon letting up anytime soon, so we’re going to continue to see the chance of scattered showers and thunderstorms each afternoon and evening,” meteorologist Brian Planz told the Associated Press.