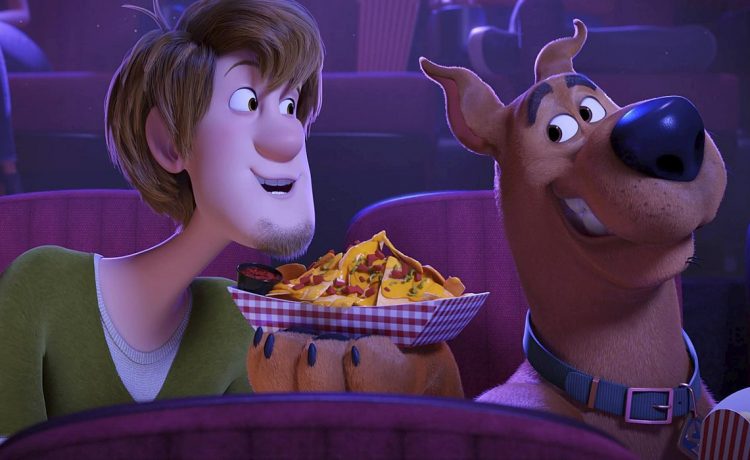 Reflecting the wishes of her creator and confirming the suspicions of legions of fans over the years, the orange turtleneck-wearing member of the Mystery Machine confirms her sexual orientation by fawning over a female character in the upcoming Halloween-themed animated movie “Trick or Treat Scooby-Doo!”

“It honestly did not occur to [me] that we were doing something so groundbreaking until right now,” movie director Audie Harrison told NPR. “While writing and directing this, I just set out to have fun with the comedy of an awkward teenage crush.”

Velma’s infatuation is expressed in scenes where she blushes and her glasses fog up when first seeing love interest Coco Diablo, as well as another scene where she outright admits to Daphne that she’s “crushing big time.”

Also here’s the part where she actually admits it 🥲🥲 pic.twitter.com/nyA3toBz80

Velma’s sexuality has long been a fixation for spin-off creators of the Scooby-Doo franchise.

James Gunn, who directed the live-action Scooby-Doo movies that came out in 2001 and 2004, said he wrote Velma as an openly gay woman in his script before studio executives scrubbed that detail out.

“In 2001, Velma was explicitly gay in my initial script” for 2002’s live-action “Scooby-Doo,” Mr. Gunn tweeted in 2020. “But the studio just kept watering it down & watering it down, becoming ambiguous (the version shot), then nothing (the released version) & finally having a boyfriend (the sequel).”

Tony Cervone, the supervising producer for “Scooby-Doo, Mystery Incorporated,” which ran from 2010 to 2013, said on Instagram in 2020 that “Velma…is not bi. She’s gay.” He later added that “You can not like it, but this was our intention.”

“Trick or Treat Scooby-Doo” is available now on Amazon Prime, and will be released on HBO Max on Oct. 16.