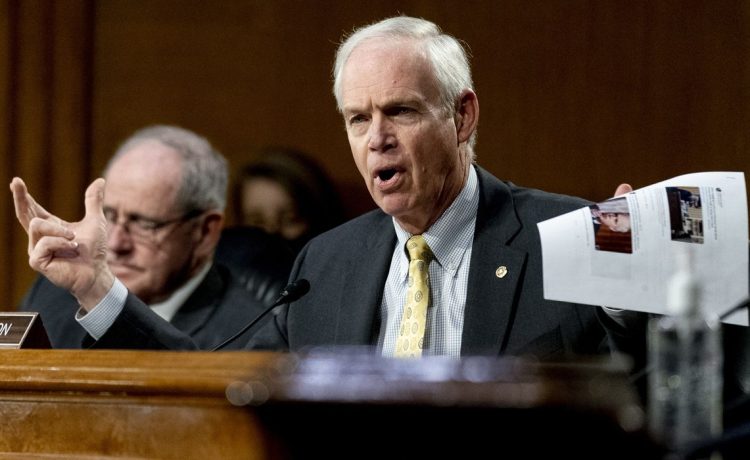 The House Foreign Affairs Committee’s renewed probe into President Biden’s disastrous withdrawal from Afghanistan was cheered by the war’s veterans, who say their demand for accountability is long overdue.

The chaotic U.S. exit from Afghanistan in August 2021 left 13 U.S. troops dead, Kabul in the hands of the Taliban and billions of dollars of military equipment in enemy hands. The scenes of panic and desperation amid the pullout remain seared in the memory of veterans and leave many of them with a lasting sense of betrayal.

“We just want to know why this happened,” said Cole Lyle, an Afghanistan veteran and executive director of Mission Roll Call, a veterans advocacy group. “It is a moral injury that veterans of the conflict are still dealing with.”

Approximately 775,000 veterans served in the 20-year war in Afghanistan, many of whom served on multiple deployments. There were 2,456 U.S. service members killed and more than 20,000 wounded throughout the two-decade war.

In a Mission Roll Call poll on the first anniversary of the withdrawal, 84% of veterans said they were dissatisfied with the level of accountability by senior officials for their handling of the pullout. Two-thirds of respondents said the withdrawal negatively impacted the way they viewed the legacy of the Global War on Terror.

Other polls conducted a year after the withdrawal show other concerning impacts on Afghan war veterans. A Brookings Institution poll on the first anniversary of the withdrawal found that 73% of veterans feel betrayed and 67% feel humiliated.

Bipartisan fury in the immediate aftermath of the withdrawal led to a series of hearings on Capitol Hill, though those efforts quickly devolved into partisan blame trading.

Democrats argued President Biden’s hands were tied by President Trump’s agreement with the Taliban to withdraw U.S. troops from the country.

Republican staffs on both the House Foreign Affairs and Senate Foreign Relations committees issued reports detailing key decisions made by the Biden administration that GOP lawmakers say contributed to the disastrous outcome.

A 64-page report led by Sen. James E. Risch of Idaho, the top Republican on the Foreign Relations Committee, detailed how Mr. Biden failed to plan for worst-case scenarios, ignored intelligence reports and put U.S. credibility on the line for years to come.

Both reports left many questions unanswered.

Now, with Republicans in the majority in the House, Mr. McCaul has pledged to renew his investigation, warning he will use subpoena power if the State Department does not hand over information.

“It is imperative that the State Department provide complete responses to these longstanding requests, and the Committee will not tolerate continued delay,” Mr. McCaul wrote in a letter to Secretary of State Antony Blinken. “In the event of non-compliance, the Committee will use the authorities available to it to enforce these requests as necessary, including through compulsory process.”

The letter contained a list of demands for the State Department, including that they hand over classified details into the administration’s evacuation plans, internal communications surrounding the withdrawal, intelligence assessments and diplomatic cables that can shed more light on how key decisions were made.

“I hope that Democrats on the House Foreign Affairs Committee, are in lockstep with Republicans trying to demand transparency and accountability,” Mr. Lyle said. “What accountability looks like? I don’t know exactly. But I’ll know it when I see it.”