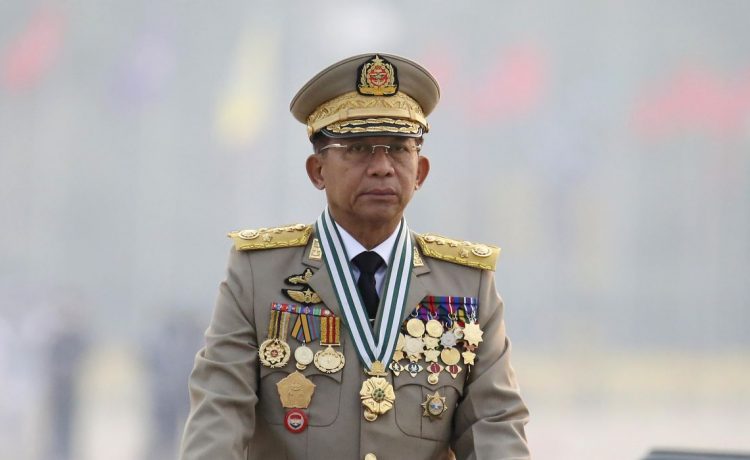 BANGKOK (AP) — A former British ambassador to Myanmar who now heads a business ethics advisory group in the Southeast Asian country has been arrested, reports in the country’s independent online media said Thursday.

Vicky Bowman, who served as the British envoy from 2002 to 2006, was detained Wednesday night and taken to Yangon’s Insein Prison, said a report in Myanmar Now, an online news service. It said her husband, Myanmar artist Htein Lin, was also detained.

The report cited sources close to Bowman’s family as saying she was expected to be charged with violating Myanmar’s Immigration Act. Myanmar Now, like most of the country’s independent media, is forced to operate underground because of tight controls imposed by the military government.

A friend of Htein Lin, who asked that her name not be used because of fear of government reprisal, told The Associated Press that they were taken by security forces on Wednesday while they were temporarily staying in Yangon. She said they had been living for years in Kalaw township in Shan state in eastern Myanmar.

The reason for their reported detention was not immediately known. The Immigration Act has provisions that can provide an excuse for holding foreign visitors for violating the terms of their visas.

Since 2013, Bowman has been heading the Myanmar Centre for Responsible Business, which says its goals include the promotion of human rights through responsible business in Myanmar. Phone calls to the organization for comment went answered.

Bowman’s first stint as a diplomat in Myanmar was from 1990 to 1993 as the British Embassy’s second secretary.

Htein Lin is an artist and veteran political activist who was a student when he took part in Myanmar’s failed 1988 uprising against military rule. He was also a political prisoner under a past government.

Some reports, including by the BBC’s Myanmar language service, said that only Bowman had been arrested and her husband had then gone to her place of detention to assist her. There were no immediate statements from the military government about the situation.

A British Embassy spokesperson told The Associated Press in an email that “We are concerned by the arrest of a British woman in Myanmar. We are in contact with the local authorities and are providing consular assistance.” As is usual because of privacy concerns, the embassy provided no further details.

Myanmar has been under military rule since February 2021, when its army ousted the elected government of Aung San Suu Kyi.

The takeover triggered widespread peaceful protests that soon erupted into armed resistance, and the country slipped into what some U.N. experts characterize as a civil war.

According to detailed lists by the Assistance Association for Political Prisoners (Burma), an advocacy group, about 2,239 civilians have died in the military government’s crackdown on opponents and more than 15,216 people have been arrested. 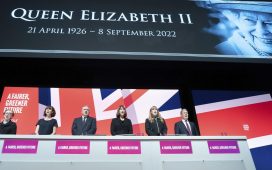