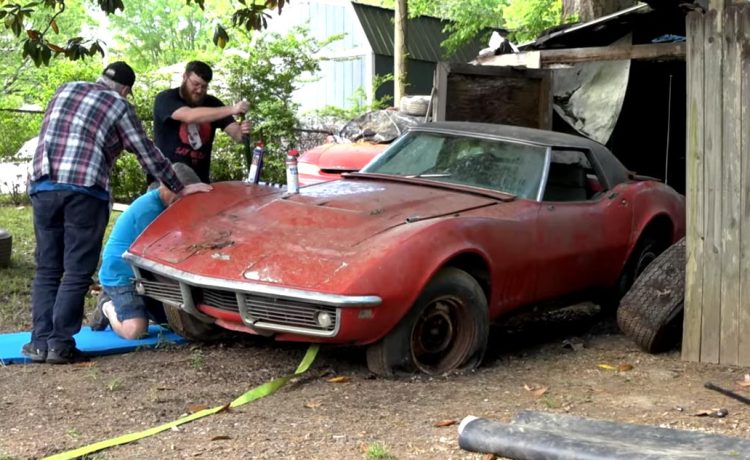 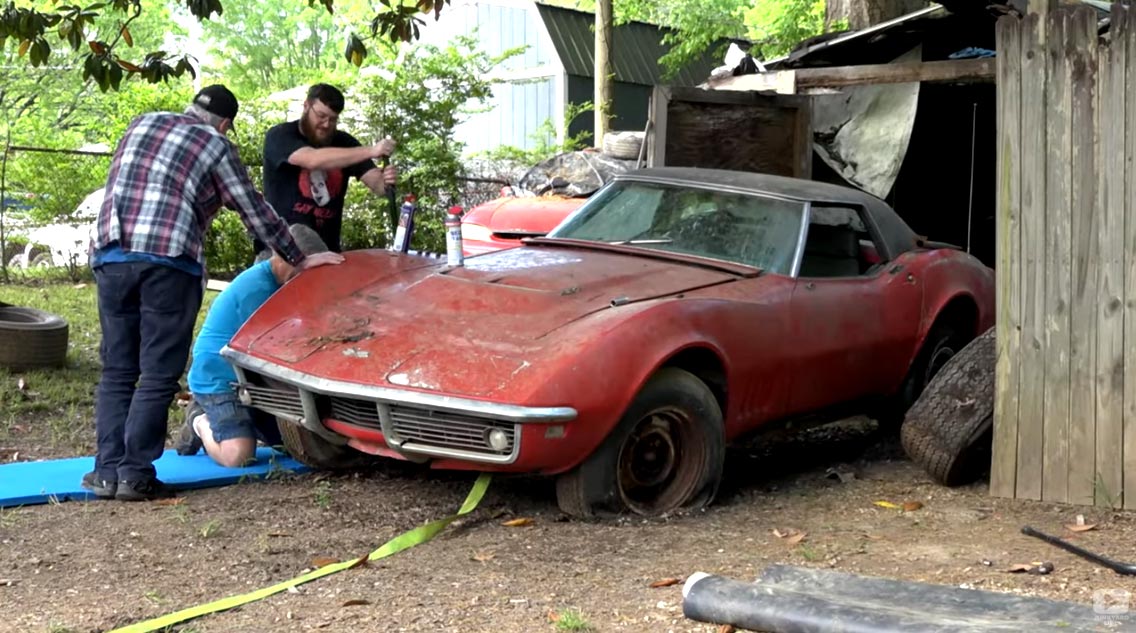 In a garage in a small town north of Birmingham, Alabama, a 1968 Corvette convertible with a 427 engine and a four-speed manual transmission has been hiding for the past 40 or so years.

“Big Block Mike,” as its long-time owner is known in those parts, bought the car in 1974 for $2,900 when he was a senior in high school, using money he made from a part-time job at the local S&H Green Stamp store.

Once he had climbed behind the wheel of that monster Corvette, Mike discovered he loved to race – anyone, anytime, and anywhere. 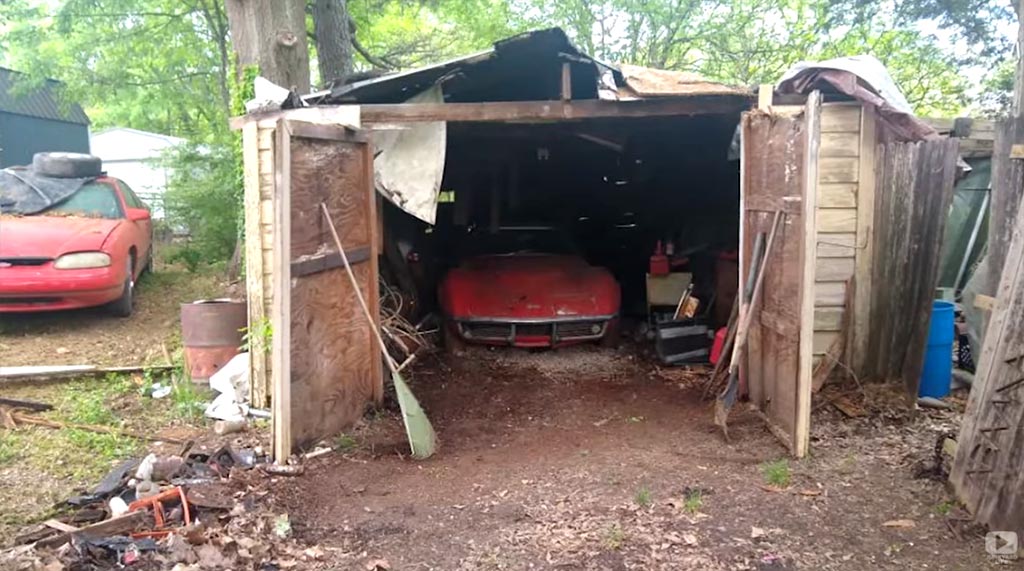 Unfortunately, having the fastest car in a small town meant everyone knew Mike had the fastest car in town – including the police. That notoriety was especially evident after a mechanic didn’t tighten a new wheel and tire good enough one day, and it quickly came loose, flying 60 feet into the air and in the process damaging the rear quarter panel. Mike was able to find a replacement fender … though it was painted black, and unfortunately his insurance company wouldn’t pay for a matching paint job. He then became known as the owner of a big block red Corvette with a black quarter panel.

One night, that mismatch bodywork came back to haunt him. As he was running north and south trying to outrun the cops, which he was able to do eventually, by the way, Mike knew the only permanent solution for his problem was to hide the Corvette. 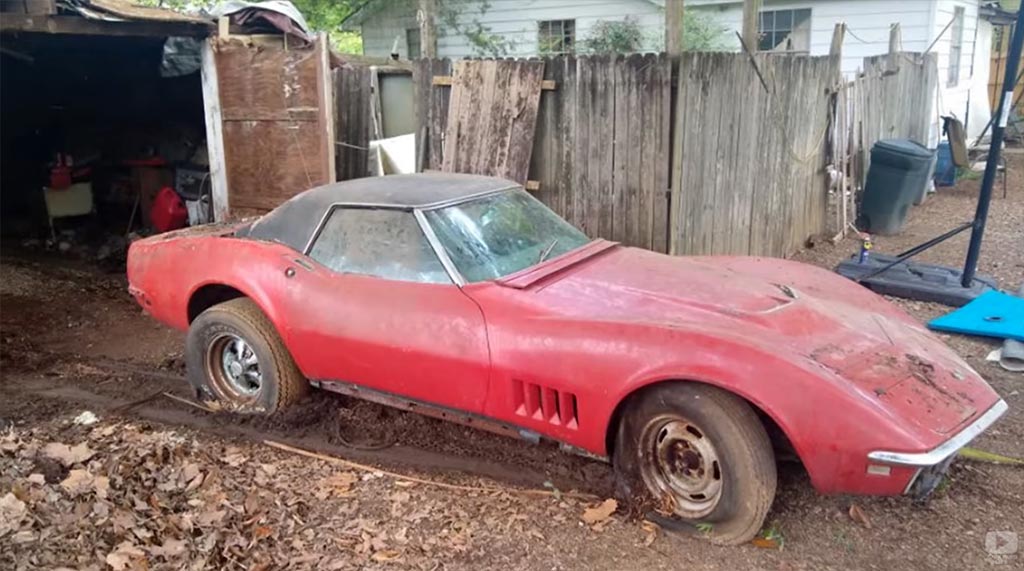 So he hid it in a garage, and that’s where it had stayed for the past few decades – until the guys at a YouTube channel named Junkyard Life were on hand as the Corvette was finally pulled from its sarcophagus, a little worse for the wear but still showing signs that maybe, just maybe, Mike might be able to take another spin behind the wheel one day.

You owe it to yourself to take a few minutes and watch the video for more details. After all, it’s not every day an urban legend is proven true.