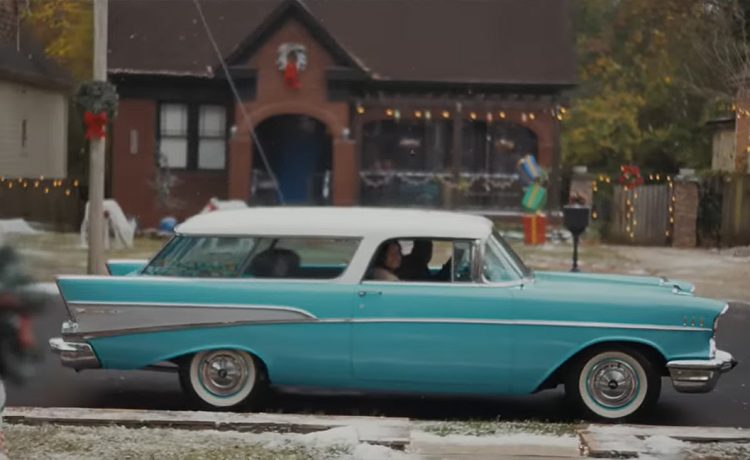 While watching the Dallas Cowboys football game on Thanksgiving, I caught the end of Chevrolet’s new holiday commercial for 2022 featuring a beautiful 1957 Chevy Nomad.

YouTube has the longer 5-minute version, and damn if this didn’t make me tear up. That’s two years in a row that Chevy has stirred my emotions with their long-form stories that celebrate love, family, and tradition.

The commercial is called Mrs. Hayes, and the commercial spans her adult life. It opens with her having car trouble in a parking lot…talking to the Nomad as the starter turns over and over. From there, it goes back in time as we see her drop off her husband at an army station and then driving home with a folded American flag next to her. Over the next few decades, she takes care of the neighborhood just as well as she does her Nomad. One particular neighbor is a young boy named Billy, who she looks after and even teaches him basic car care. He grows up and eventually has his own family.

The flashback ends as Billy knocks on her window, and he takes her home. Chevy does show Billy driving a Blazer EV, but there is no product promotion in this commercial, just good old fashion storytelling.

Steve Majoros, Chevrolet CMO said, “Nearly everyone has a Chevrolet story, and we feel fortunate to have genuine connections with so many. We call this our holiday card to America.”

“Last year, the holiday commercial resonated so deeply with viewers, so the decision to create another spot that was rooted in nostalgia and community was an easy one. Visual director Joshua Kissi came on board this year with such authenticity and intention behind every detail. We hope viewers love the story as much as we do.”