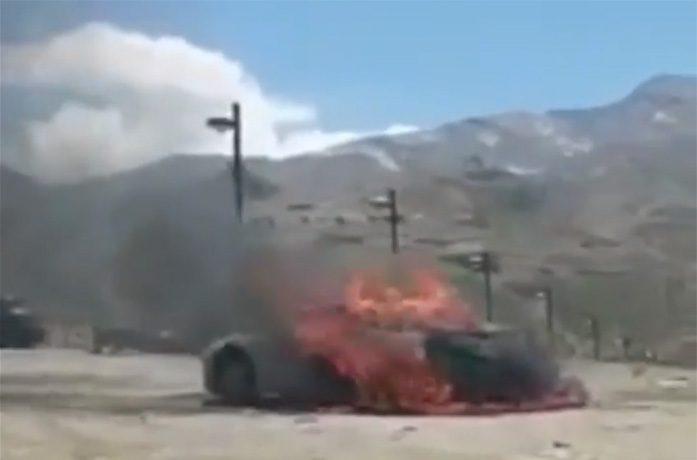 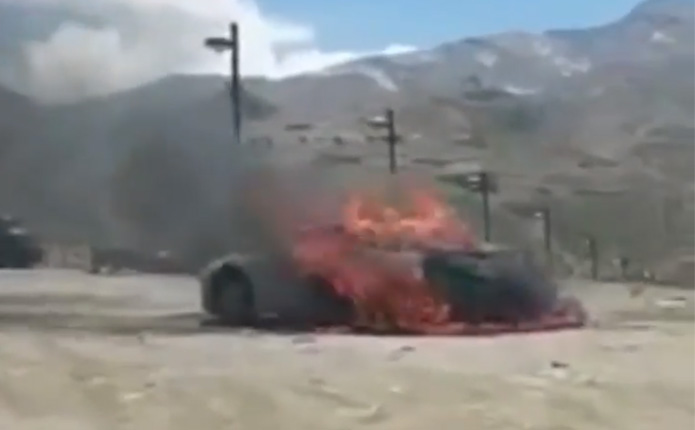 Late Friday afternoon we brought you the story from Motor.es and Motor1.com showing a camouflaged C8 Stingray and Z06 prototypes that were spied testing in Spain. At the time, the prevailing narrative was that these prototypes were E-Ray mules being tested by Bosch Engineering.

When we first published the story, we only had the before and after photos, but over the weekend we updated our original story with a video from Instagram showing the Stingray’s rear hatch completely engulfed in flames. If you missed that, we have it posted below.

This morning, we received an email from Chevrolet telling us that “the way the Corvette is described in the article is not quite accurate,” which we believe GM to be telling us the C8 Stingray wasn’t equipped with the E-Ray’s hybrid AWD system.

In the statement, Chevrolet says, “A Corvette development vehicle undergoing extreme testing by one of our suppliers this week had a thermal incident. All who were involved are safe as this is our top priority. We are investigating the situation with the supplier.”

Our friendly Chevy PR rep also added this sentence which is the real message that GM wants to get out: “The car was a specialized testing mule with a setup that’s not indicative of what an actual customer would receive, so it is different than what many people are speculating the car might be.”

It’s pretty rare to get such a correction but warranted (and even welcomed) in this case as we believe GM doesn’t want the public to construe that the fire was caused by an issue with the hybrid system. In fact, the two websites that brought us the story were quite clear they believed an oil leak was the cause of the fire, and you’ll see it’s the rear engine compartment burning first in the video and not the middle of the car where a central tunnel runs through the cockpit, and where the Ultium batteries are expected to be stored:

Like we said last week, some of these C8 Corvette mules go through hell and back to make sure they can withstand all kinds of abuse that most of us would never subject to our own cars. So next time the occasion arises, raise a glass to this Stingray which gave its life in the service of making our cars better.

[PICS] E-Ray Easter Egg? Who is the Mystery Man Sticker and Other Close-Up Views of the E-Ray