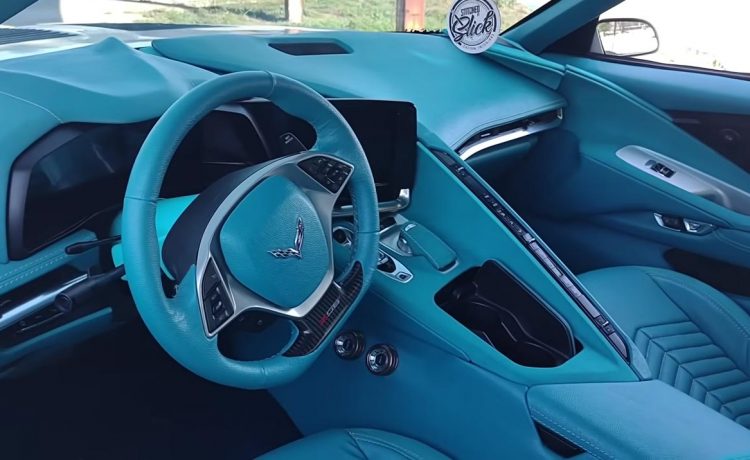 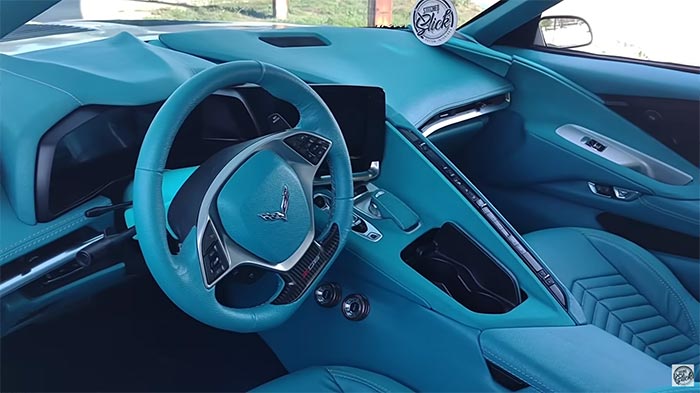 Did you ever think you’d see a C8 Corvette interior in a classic Chevy muscle car from the ’90s?

That’s the one-of-a-kind treatment that a customizer out of West Columbia, South Carolina named Stitched by Slick came up with for his lady’s 1992 Camaro IROC-Z (now affectionately known as IROC-Z06).

The car started out as a run-of-the-mill red-on-red IROC-Z, but just one look at the outside lets you know this isn’t your typical ’90s Chevy. Take a look at the new bright white paint featuring rose gold pinstriping along the lower edges, the teal green IROC-Z06 lettering on the doors, and the huge five-spoke Forgiato wheels that match the body.

Under the hood is a Chevy V8 powerplant, topped with a matching C8 engine cover. We’re not sure exactly what it is, but it sure sounds with a couple of revs.

Of course, the real story behind this custom Camaro is its C8 Corvette interior. We’d assume that it took some real magic to get all the Corvette parts (we figure from a wrecked car?) to fit into place on a classic Camaro, but there’s no mistaking it for a new mid-engine Stingray interior, complete with the Great Wall of Buttons, the new-style shifter buttons, and the display panels. We’d love to hear more about how they were able to get the electronics to operate. 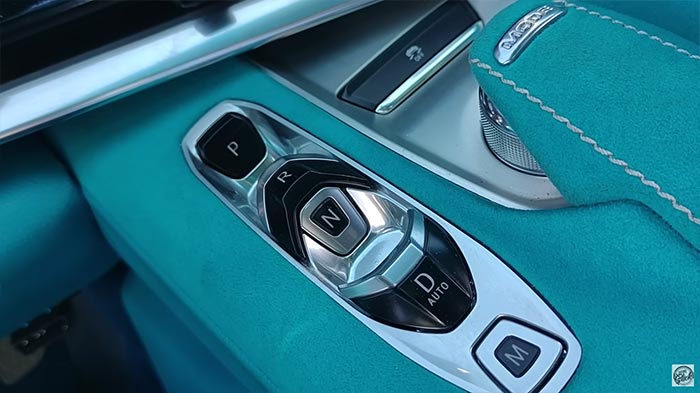 We did find an internet post by the owner of this unique Camaro, an equally unique lady who has a YouTube channel where she’s known as Coffee & Camaros Chick. In the video, as she’s getting ready to head out for some lunch, C&CC offers up a look at the car, pointing out the color of the interior is Maui – her favorite shade as she raises her hand to show her fingernails dolled up the same way.

As we’ve always said, it doesn’t matter what the world thinks about a custom car – it’s all about the opinion of the person shelling out the bucks to pay for all the work. C&CC agrees.

“This is the color I like,” she says flatly. “I don’t care about y’all, what y’all don’t like. It don’t even matter because whose is it? It’s mine!”

[PICS] The Under Hood Art from Corvette Expo

[PICS] Corvettes and More at the 2022 Detroit Autorama