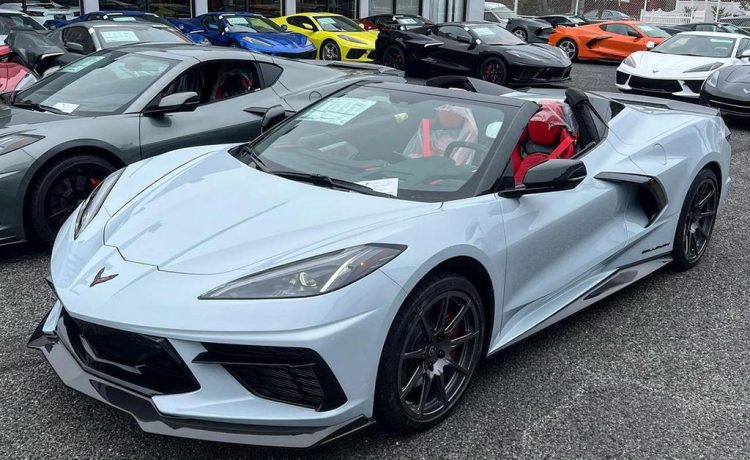 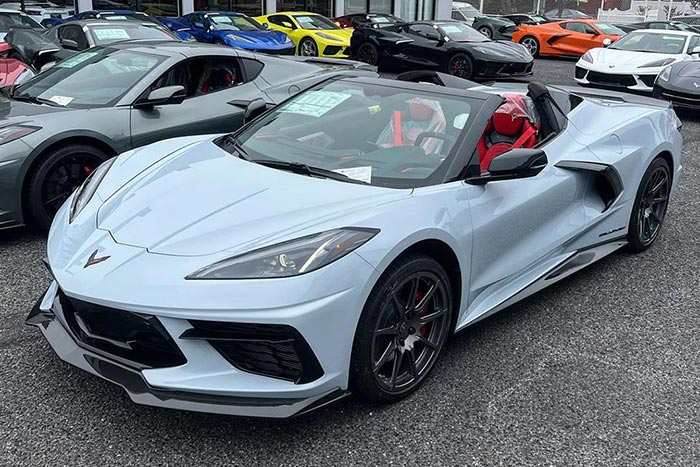 Our friends at Ciocca Corvette of Atlantic City received their first shipment of 35th Anniversary Callaway C8 Corvettes and one of them is available for sale!

Callaway had previously kicked off their C8 Corvette program which started off as a Launch Edition Special in 2022, and then the new B2K 35th Anniversary Edition was announced back in March. The 35th anniversary package consists of a C8 Corvette with Callaway’s custom aero designed by Dr. Paul Deutschman, lightweight 9-spoke wheels, interior flourishes, and the Double-D exhaust.

The Ceramic Matric Gray Callaway Corvette has the Adrenaline Red interior and this car is available for sale. The first video is a walkaround of the car and then check out the revs coming from Callaway’s Double-D exhaust in the second video:

The Callaway B2K 35th Anniversary models celebrate the 1987 Corvettes offered with the first RPO B2K option that signifies Callaway’s twin-turbo system. Callaway had also offered a 25th Anniversary B2K Grand Sport in 2013. The company has hinted that a C8 Z06 model will be coming and that car will also offer performance gains if those plans all come to fruition.

If you’re interested in this Callaway C8 Corvette, Visit Ciocca Corvette on the web at www.cioccacorvette.com or call Dave Salvatore at 877-537-2325.