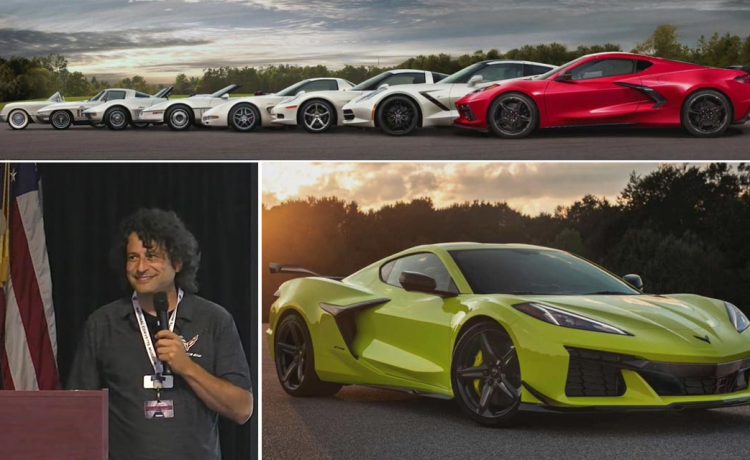 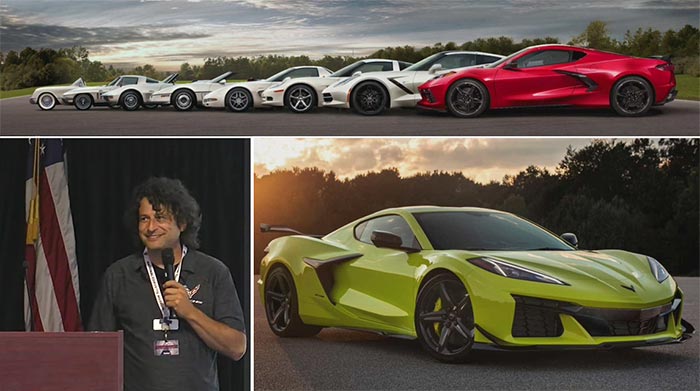 Corvette Product Manager Harlan Charles handled the presentation duties for the team during the Corvette Museum’s 28th Anniversary Celebration and we have the full video to share. If you’ve seen these presentations before, they are a great mix of the Corvette’s latest PR clippings, sales and options info, a little bit of racing news, and then a look at whatever is new. In that case, we’re talking the 2023 Corvette Z06.

“For years, they were telling us to win JD Power, you have to make like a simple car with no options and make it one way and restrict everything,” said Harlan. “What do we do? We make the most complicated optioned and personalized car in the world, and we’re still number one!”

After some sales, options, and racing slides, Harlan starts his Z06 presentation with a showing of one of the Z06 Academy videos. The Z06 presentation takes up the bulk of his time, and it does make for a great refresher on everything the Z06 offers. 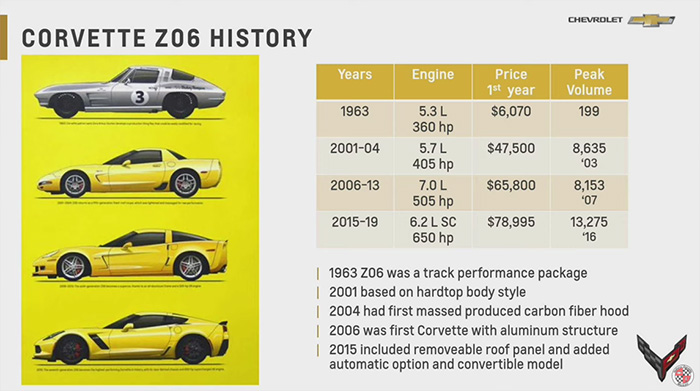 The question and answer session was pretty lively as the news had come out about the mandatory $300 OnStar option, and people had some questions about that. He got a question about the Z06 Build and Price Configurator (where was it?), and he says it’s still a month or so away. Harlan says Corvette buyers are vastly different than most other Chevrolet customers as we order so far in advance of the car being sold. They are looking for a more “Corvette-specific” way to roll this out when the car is first announced.

Finally, Harlan is asked about Z06 and allocations and if there were any problems in the rollout. He says the first round will be “pretty limited” and discussed a few other scenarios with the PIN customers who select an early VIN. He does take a swipe at “the Internet” because so much of the behind-the-scenes processes become public. “People really don’t know what they’re they’re looking at, and they’re like trying to figure things out. Sometimes you just got to let it go…just let it happen,” he said to applause.