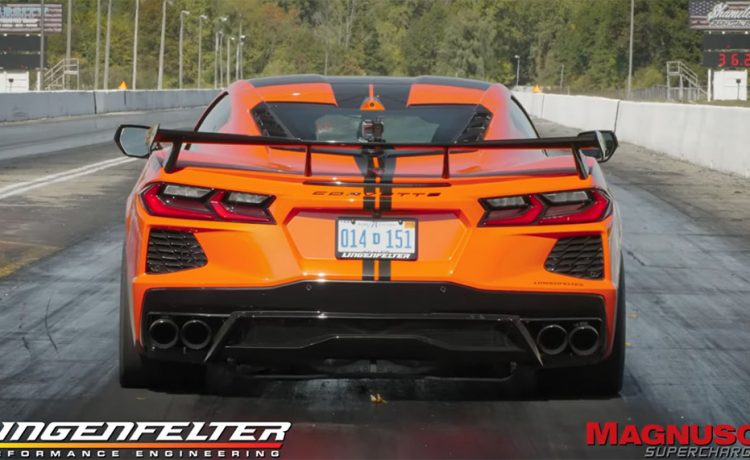 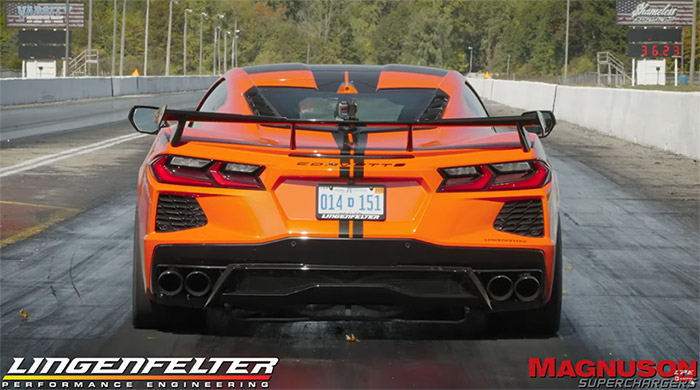 We’ve already featured the specs of Lingenfelter’s new supercharger package for the C8 Corvette Stingray that boosts power to 700 horses and 675 lb-ft of torque. 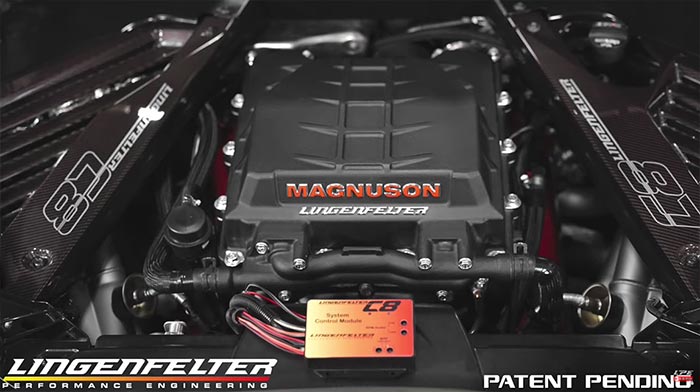 In a new video just released from Lingenfelter, we can now see just how fast a C8 Stingray is with the supercharger system. Watch as Lingenfelter’s C8 Corvette Stingray rockets down the strip and finishes in 10.6 seconds at 129.4 MPH, which is nearly identical to the official Z06 quarter mile times released by Chevy. Considering that the stock LT2 Stingray runs the quarter mile officially at 11.3 seconds, the extra 200 horsepower shaves .7 seconds off the clock.

Lingenfelter shared three time slips from their testing and all three runs finished within hundreds of a second. The runs were made using 93 octane pump gas and a no-prep surface.

You’ll be able to see the car in action during the OPTIMA Ultimate Street Car Invitational in Las Vegas in early November.