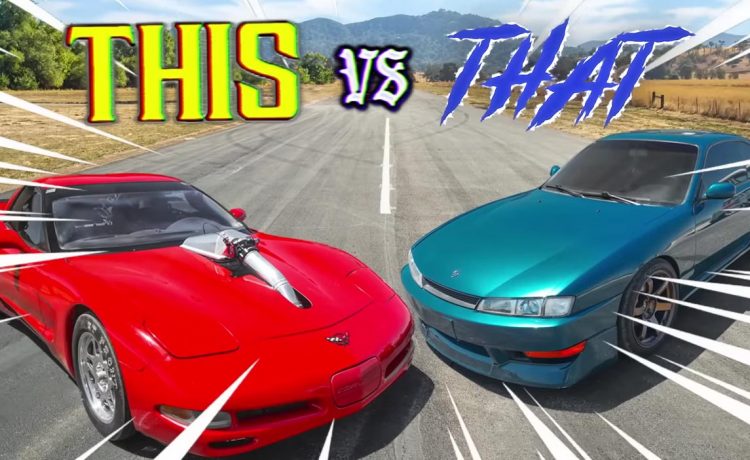 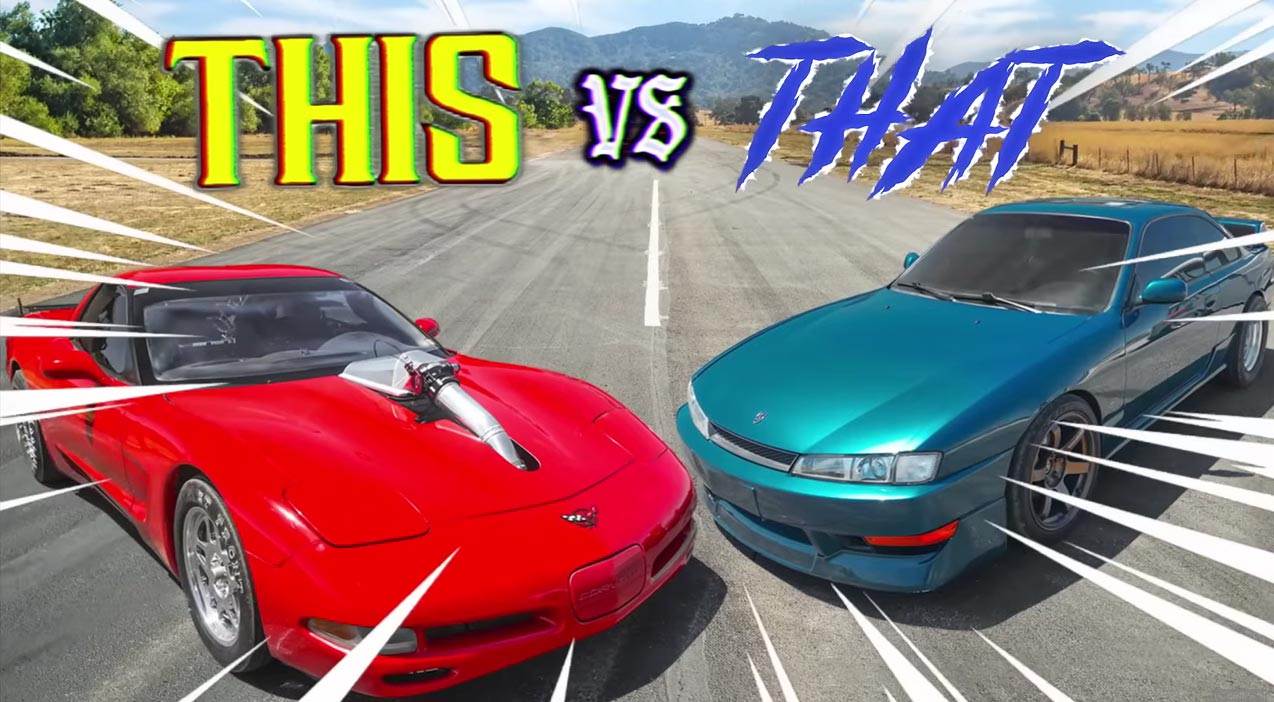 When it comes to tuner culture – outside of the trusted professionals at Lingenfelter and Callaway, that are basically OEMs in their own right – it’s safe to say that we feel conflicted. This group, especially the ones out there angling for YouTube views, routinely ruins once-proud enthusiast vehicles in the pursuit of dyno numbers, tire smoke, and ETs. Their antics and relentless cut-scenes can be tough for the adults in the room to watch, and a cloud of skepticism hangs over so many of their claims.

On the other hand, watching someone “drive” a 30-year-old Japanese car that’s boosted within an inch of its life straight off of the track into the grass and a barbwire fence is entertainment gold like a drunk uncle trying to ride a bull, and the Hoonigan crew in this video has some fun with one of their guest’s horsepower assertions in an outstanding and surprisingly self-aware recurring joke.

If those pros outweigh the considerable cons for you, then have we got a triumphant C5 video for you!? On Monday, Hoonigan, the 5.1-million subscriber channel most notable for the Ken Block and, more recently, Travis Pastrana Gymkhana videos, posted a new entry in their This or That series of drag and roll-racing vids that feature heavily modified metal. 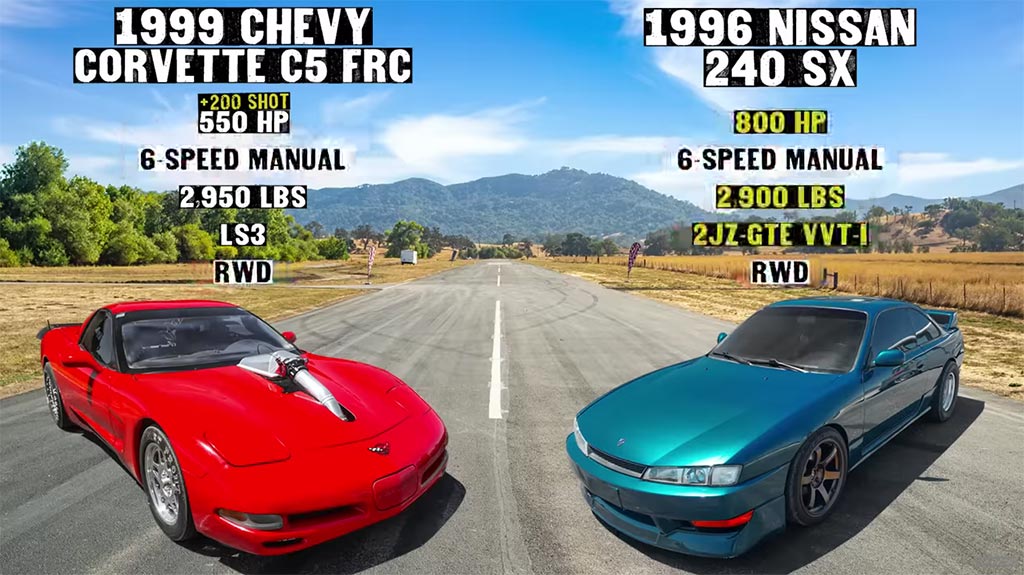 The reason we took notice of this episode is the C5 Corvette fixed-roof coupe sitting in the “this” corner of the high-horse battle. Even without turbos (it was designed with twin-snails in mind but is rolling NA in the video), the C5’s nitrous-assisted 402-cube LS3 gets the lightweight ‘Vette down the road in a hurry, and it easily hands the red car the “best sounding” crown in this matchup.

Moving on to “that,” where we find a 1996 Nissan 240SX that is either green or blue. Under the hood is a heretic-approved example of the legendary 2JZ inline-six of Mk IV Toyota Supra fame. Once the 2JZ is revealed, the questionable boasts and ensuing “1,000-HP” jokes start flying, and the video really takes off. If there was any question before, we are now 100% sure we’d pick Jacob, the Corvette owner, to do any upgrades on our personal cars after the performances given in the car walkarounds. 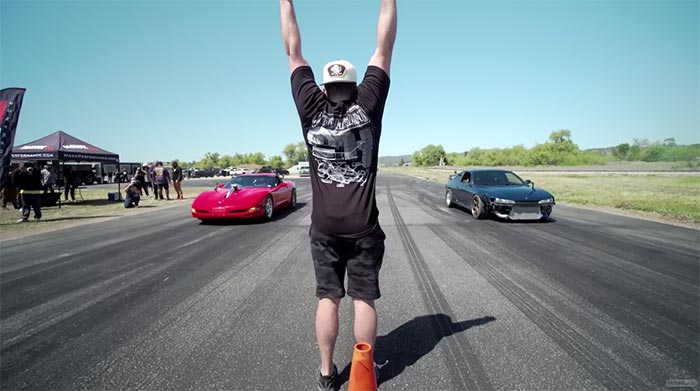 At the 11-minute mark, the real action gets underway with a 1,000-foot race from a standstill. We don’t traditionally like to spoil the results in these kinds of posts, but the C5 absolutely wipes the floor with the Nissan that claims at least a 250-horse advantage, and it sounds incredible while doing it (also, if you fast forward to this point, you will have missed the Nissan going off track, that happens around 10:40)! The round two rematch is called a wash when both drivers let off near the finish. Round three features both cars taking off from a 50 MPH roll, and this is where we will stop with the spoilers, but we want to reiterate exactly how beastly the LS3 sounds on full boil; even from the cameras mounted on the Datsun, the V8 is all you can hear in this race! Everything after that is the Hoonigans, well, hooning, so stick around if that is your thing; if not, be sure to chime in with your thoughts in the comments!