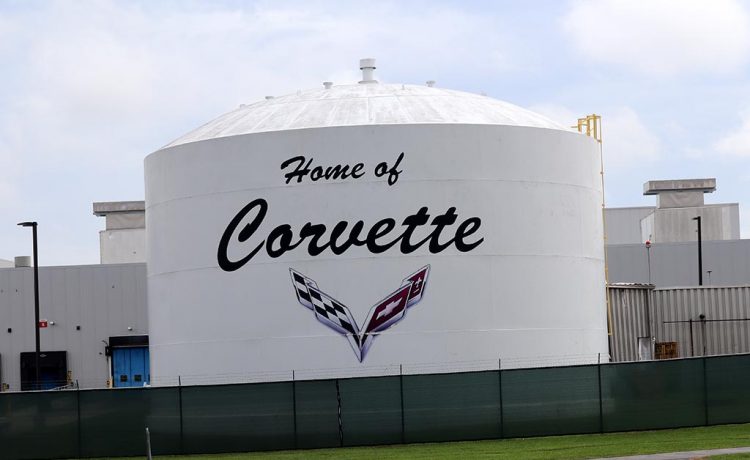 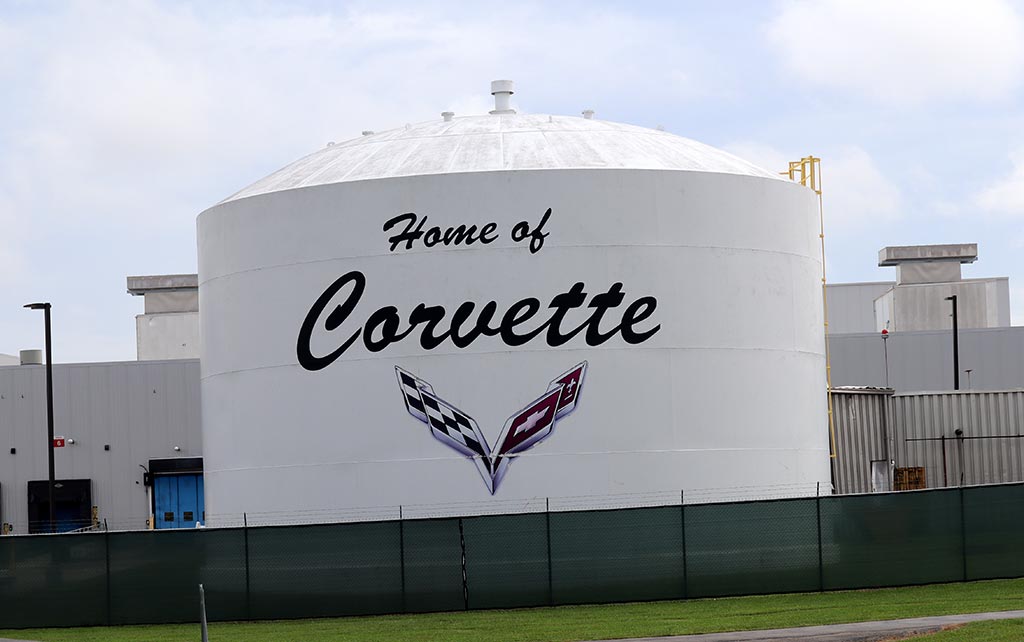 One of the reasons I am excited for the Corvette Assembly Plant tours to resume this November is to witness first hand the choas process in which the C8 Corvettes are assembled.

It’s easy for us on the outside of the manufacturing process to complain about production issues without realizing everything that has to be taken into consideration when building all the various models and variants of America’s favorite sports car. When you are inside that plant with the sound of machinery in motion all around you, hearing those particular songs playing over the intercom to alert members, and watching the APCs running this way and that, you begin to appreciate the complexity of the production process much more.

There is a precise dance that happens behind the scenes to ensure that every Corvette is assembled correctly according to its build sheet, and the assembly line knows only two speeds, running and not running.

At the 28th Anniversary Celebration at the National Corvette Museum, Plant Director Kai Spande gave his annual Assembly Plant Update, and during his discussion, he shared a chart showing all the build restrictions that need to be taken into consideration for producing the Chevrolet Corvette Stingray and Z06. Kai says the assembly line moves at 11.6 cars per hour, and if any of these options and models are out of sync, it can cause the line to shut down for short periods. 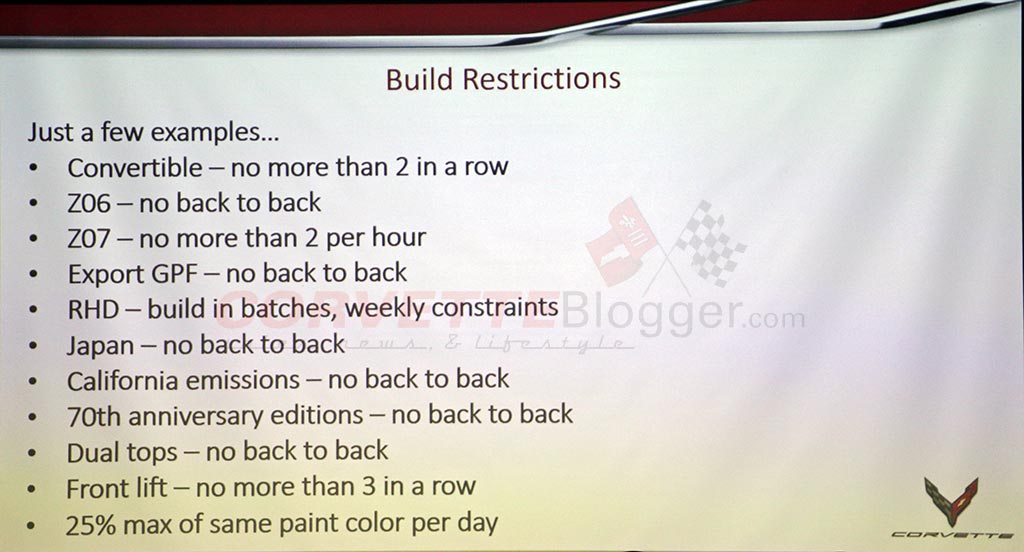 The building of convertibles has always been one of the known restrictions as the tops require more time to install than the coupe’s hatchback. But we also get some data on the Z06 with no Z06 models built back to back and no more than two Z07s per hour due to the additional time it takes for the option-specific equipment to be installed.

Perhaps the dumbest waste of the line’s personnel is the California Emissions sticker that has to be affixed with precession in just the right spot, and therefore, no back-to-back sticker installations can be done.

Here is Kai going through the current Corvette build restrictions:

Video and Photos by Keith Cornett 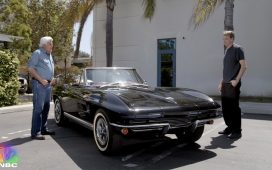