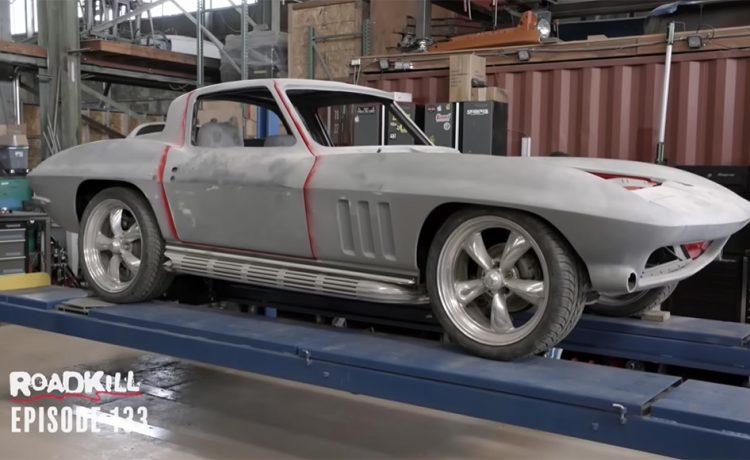 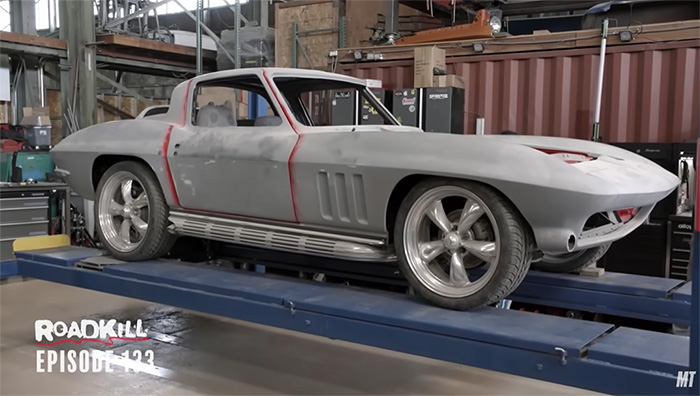 It’s never too late to bring an old Corvette back to life, or at least that’s the hope for this 1966 coupe with a weird history behind it.

This car originally left the St. Louis factory as a genuine C2 Sting Ray, but the second owner – perhaps caught up in the hysteria over the new Stingray that had debuted in ’68 – decided to convert it to a C3. A third owner then wisely decided to transform it back to a C2 but gave up on the project partway through. The car apparently then wound up sitting for about 30 years before the guys at Roadkill – looking for the cheapest C2 they could find – stumbled onto it, ready to continue the transformation. 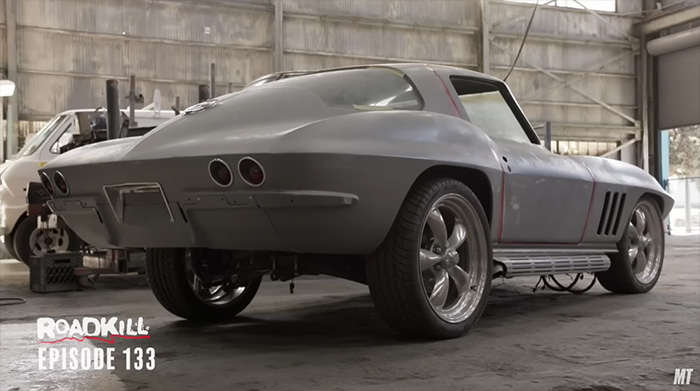 In Episode 133 of the show, Mike and his team reveal the results of their efforts after they decided to tackle the wiring, plumbing, and brakes. They also had to downsize the too-big 20-inch tires to 18-inchers to allow clearance with the fenders, then also had to work on the tie rods so they would clear the wheels, too.

Next up, they had to replace a burnt-out transmission and finally were ready to take on all challengers, or at least a black C5 convertible at the Famoso Dragstrip in McFarland. They wound up whipping the newer-generation Corvette by more than half a second – 13.1 to 13.7, not bad for a car with a pretty bad identity crisis stretching back more than three decades, huh?

Finnegan and Freiburger attempt to get a bucket-list ’66 Corvette — abandoned halfway through an LS swap and restoration — back on the road. With multiple iterations and attempts, the ‘Vette hasn’t been on the road for 30 years. Will the guys change that?