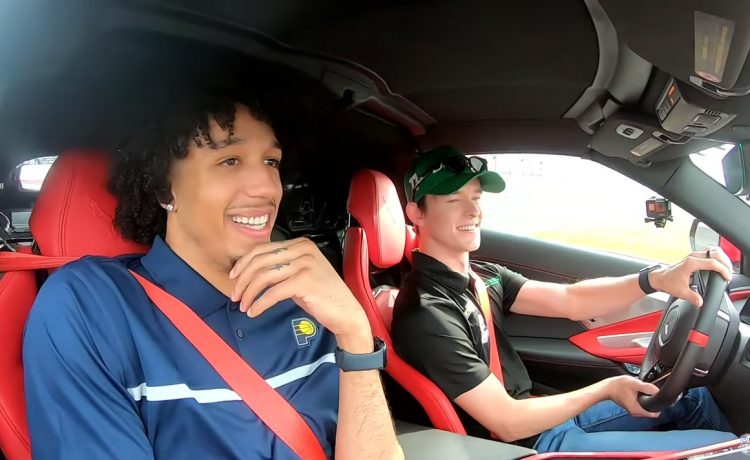 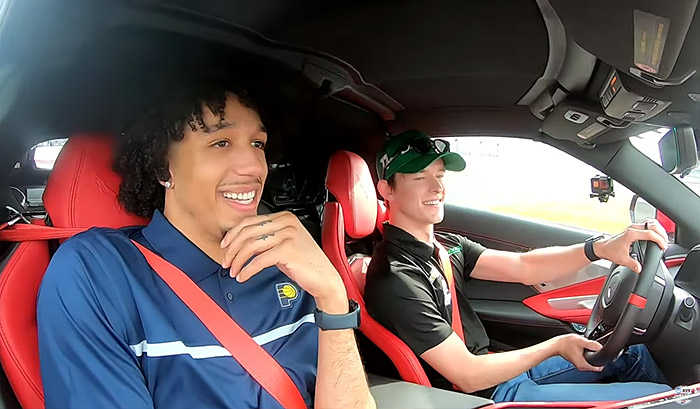 Three college basketball stars just received a sneak peek at what it will be like playing and living in Indianapolis now that they’ve been drafted by the professional team there.

Bennedict Mathurin, Andrew Nembhard and Kendall Brown were first- and second-round draft picks of the Indianapolis Pacers in this year’s NBA draft on June 23. Immediately, the city opened its arms to welcome the newest NBA players to “The Racing Capital of the World.”

The fun started with a ride from Indianapolis International Airport in a Verizon 200 at the Brickyard-themed Camaro to the home of the Pacers, Gainbridge Fieldhouse, where they received a warm welcome from the community and fans. 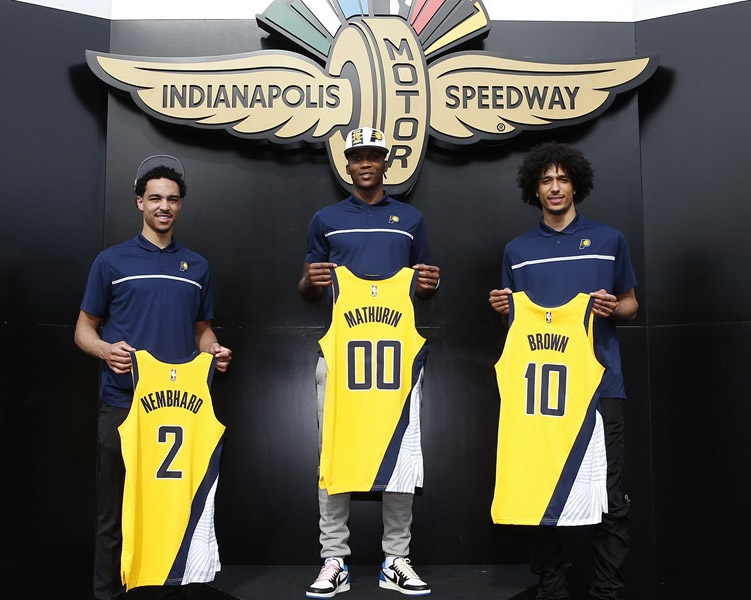 The fun was just starting, though.

Upon their arrival at Indianapolis Motor Speedway, NTT INDYCAR SERIES rookie Callum Ilott took the three rookies on a thrilling triple-digit ride around the track in a Torch Red C8 Corvette.

“Man, that was awesome,” Brown says in a YouTube video recounting the ride, after exiting the car on the main straightaway. “I want to be a race car driver now!”

They took hot laps around both the 2.5-mile oval that hosts the Indianapolis 500 and the 2.439-mile road course that will play host to NASCAR and INDYCAR over Brickyard Weekend July 30-31.

Gifts presented to the trio included specially made helmets from IMS and INDYCAR, plus No. 77 gear from Iott’s Juncos Hollinger Racing team after a once-in-a-lifetime photo opportunity on the Yard of Bricks and with their names and images illuminated on the famed Scoring Pylon.