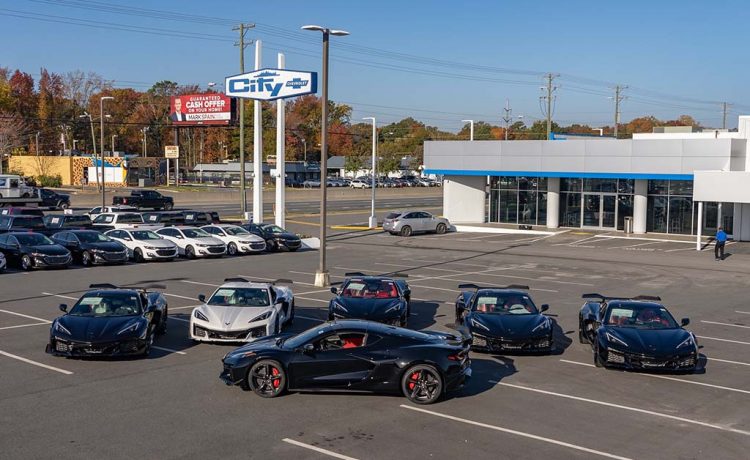 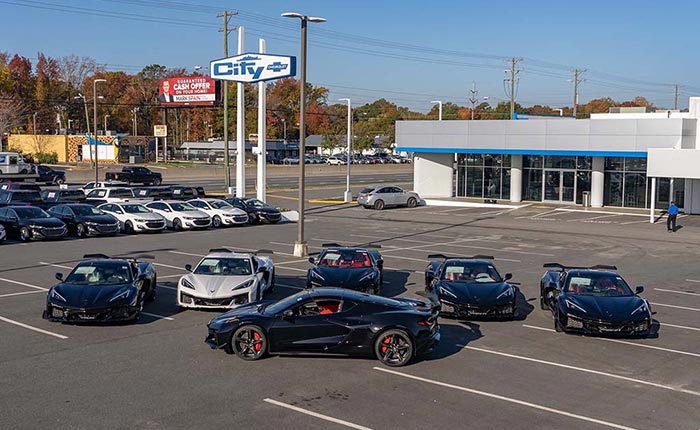 This was a great way to end the week for Chevrolet dealer and NASCAR team owner Rick Hendrick who had a small fleet of the new 2023 Corvette Z06s arrive via transporter at City Chevrolet in Charlotte, North Carolina. Thanks to our friend Rick Accurso and those at City Chevrolet for supplying us with these photos to share.

The big event started in Bowling Green, KY, at the Corvette Assembly Plant on Thursday as the first customer-ordered Corvette Z06s were loaded onto a Hendrick Motorsports auto transporter. From there, the truck returned to Charlotte, arriving at City Chevrolet bright and early on Friday morning. The first Corvette to come off the auto transporter was the VIN 002 2023 Corvette Z06 with the 70th Anniversary Package:

And then the 70th Anniversary Z06 VIN 001 was rolled off the auto transporter:

After the VIN 003 Corvette Z06 came off the truck, the Black with Red interior VIN 001 Corvette Z06 Coupe with the Z07 performance package was also backed off the trailer.

With all six new Corvettes unloaded, the dealership played with the cars by staging them in different configurations for the photos below. Once the Corvettes were moved inside, we understand that Mr. Hendrick came by to check them all out and even took the VIN 002 70th Z06 for a drive around the facility.

Another Round of Z06 Allocations are Planned for November