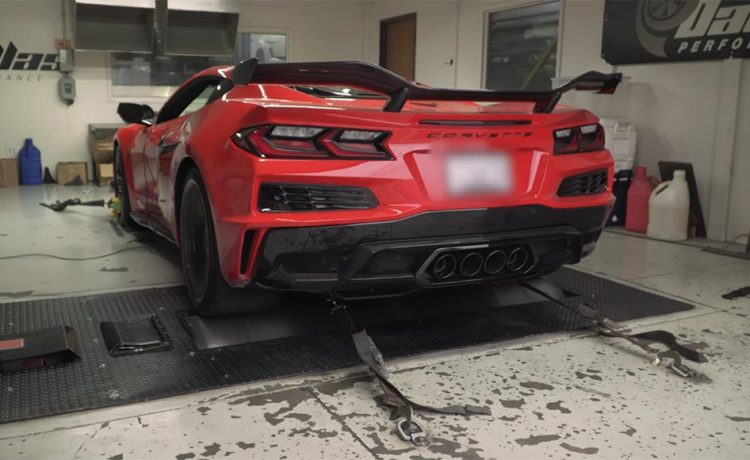 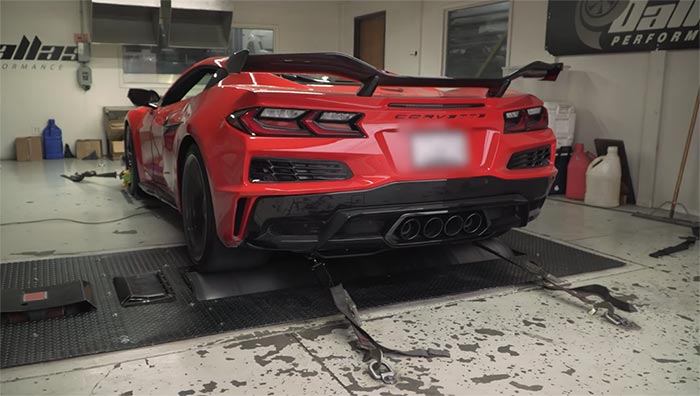 YouTuber Speed Phenom, aka Austin Everett, picked up his 2023 Z06 Coupe at the National Corvette Museum on Tuesday and on Thursday he had already reached the 500 mile break-in point by the time he reached his destination in Texas.

There is another episode we didn’t pick up, which showed him in Bowling Green on Tuesday evening with his Torch Red Z06 covered in Track Rap to keep any rock chips or other road debris from damaging his paint on his return trip. You can check out that episode here.

What we are really excited about is that Austin became the first owner in the nation to put his Z06 on a dyno. That was accomplished at Dallas Performance which did three dyno runs with the Z06. The best was 610.83 rwhp and 419 lb-ft of torque to the wheels!

What’s fascinating is that the general rule of thumb is that you’ll see a loss of 10 to 15 percent from the engine to the wheels. With the Z06’s LT6 rated at 670 horsepower and 460 lb-ft of torque, applying that rule of thumb would mean the car should be putting between 570-603 hp to the rear wheels when in fact, it came in slightly higher at the 610 hp. Maybe Chevrolet has underpromised and over-delivered? It wouldn’t be the first time.

Of course, there may be some other factors involved, like the weight savings from the visible carbon fiber wheels and the carbon ceramic brakes, ambient conditions, and the dynojet itself.

One of the different aspects to putting the Z06 on the dyno versus previous Corvettes is the 8600 rpm redline. So as the car is on the dyno, it just keeps winding up and up before the technician lets off the accelerator. Speed put up a graphic saying the exhaust was so loud it overpowered the microphone on his camera.

One other interesting piece of data shows the car traveling at 190 mph in 5th gear while doing the dyno run. Speed is going to have his hands full with this one!

Speed Phenom will be staying in Texas and doing a Speed Sector half-mile top speed event so stay tuned for that!