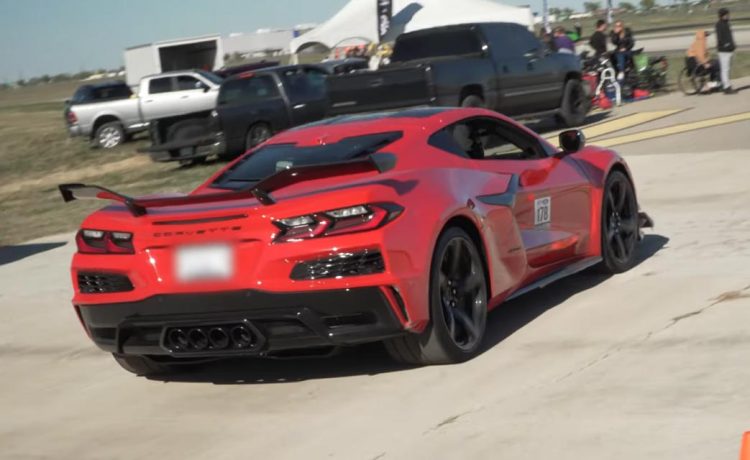 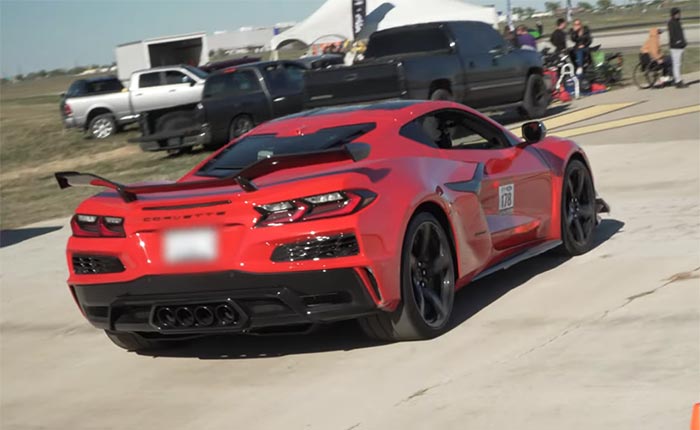 We’ve been following along the next level driving adventures with Speed Phenom who took delivery of a 2023 Corvette Z06 last week at the NCM. On Saturday, he was in Abilene, Texas, where he participated in the Shift Sector Half Mile Airstrip Attack.

One of the things working against Speed was the cooler weather, with temps in the 40s. His launches show the Michelin R-spec tires were having trouble hooking up because of the cold and he once complained of wheel spin even during the higher speeds.

Despite the cold, Speed tried to keep them warm between the runs and he claims the Z06 was the fastest naturally aspirated powered vehicle at the event. Speed says his top times were 154 and 155 mph and we saw the first couple of runs at 152 mph. With some warmer temps and having the launch control fully dialed in, we expect to see Speed continue to move that record higher.