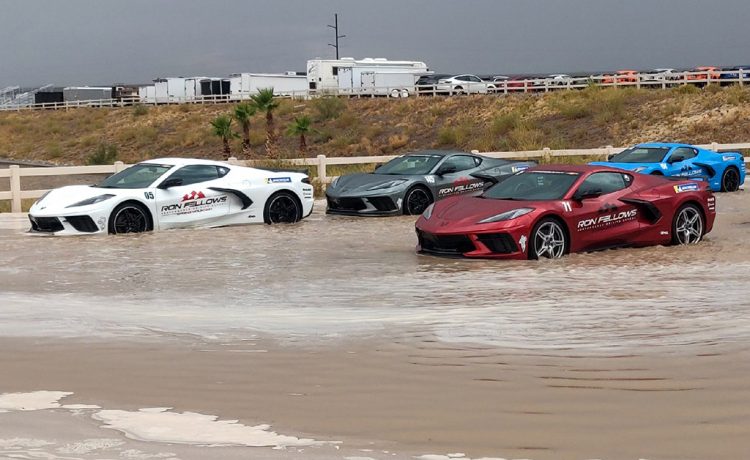 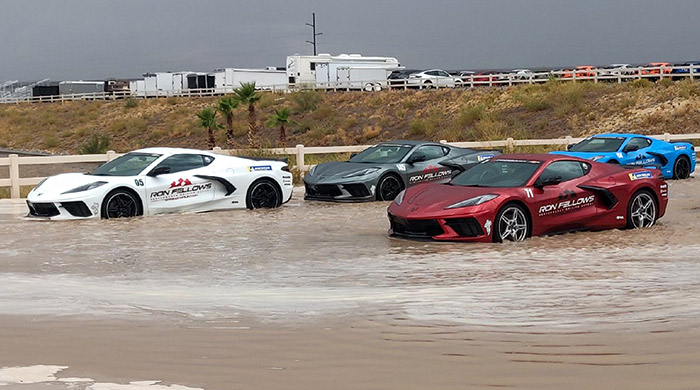 The Corvette Owner’s School offered by the Ron Fellows Performance Driving School at Spring Mountain Motor Resort and Country Club is back up and running today despite last Sunday’s heavy thunderstorms and the resulting flash floods that caused a huge mess to the track, garages, and the surrounding residences.

We first caught some of the photos showing the flooding on the Canadian Corvette forum and reached out to Spring Mountain to find out more about it. On Tuesday afternoon, Todd Crutcher sent us some photos and this drone video that shows much of the damage. It appears that water running off the mountain formed into raging rivers which pushed much of that water through the property. Some of the garages were also flooded and the access tunnels to the track were completely underwater.

Again, the good news is that the track has reopened to its regularly scheduled classes and the two classes that were missed will be rescheduled free of charge for those forced to sidelines due to Mother Nature’s fury.

Here is the note from Todd about the flash flood damage:

Spring Mountain Motor Resort and Country Club, along with the town of Pahrump, was hit with a series of flash floods this past week that has caused millions of dollars in damage. The weather heavily affected normal operations at the racetrack, including many residences at SM Estates, and set back several track and building expansions that were currently in place.

Due to this, two classes were forced to be canceled for the safety of the students attending the Ron Fellows Performance Driving School but will be rescheduled without charge. Due to the hard work of our employees and construction crews, Spring Mountain is operational today and is running its regularly scheduled events. The lasting destruction, however, will take months to repair from the severe, unanticipated natural event.