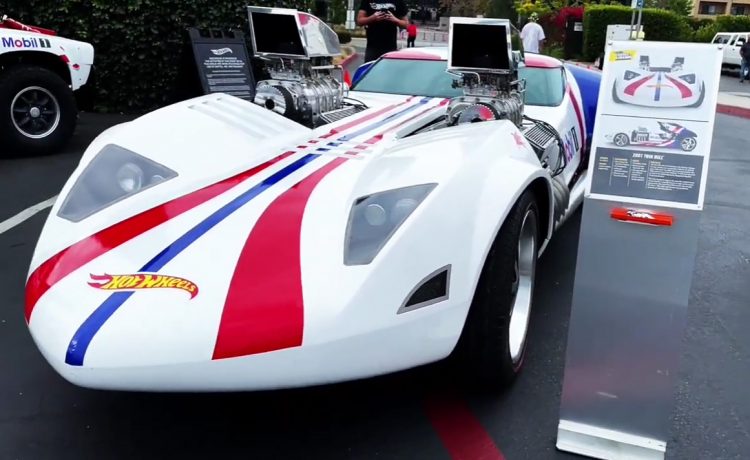 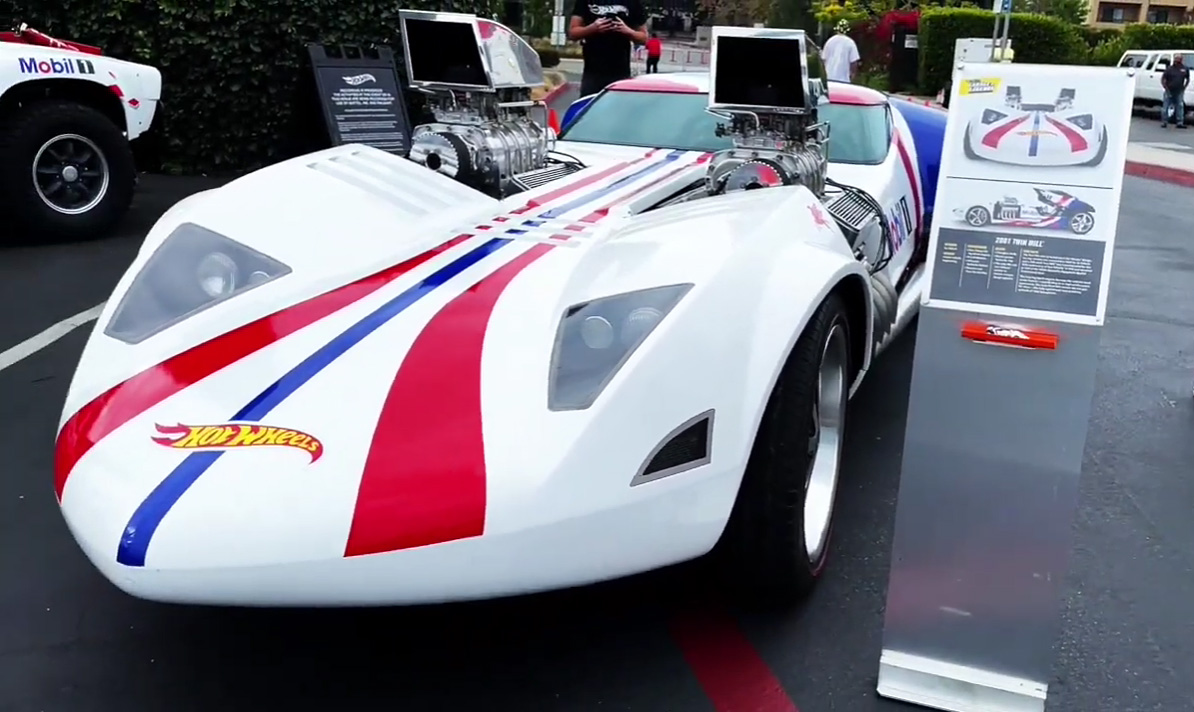 When toy maker Mattel decided to create their line of Hot Wheels cars to compete with England’s Matchbox brand, management went out and recruited several real-life car designers including Ira Gifford, a former car designer for General Motors and Chrysler. Ira would end up creating some of the most memorable Hot Wheels cars from my youth including “Splittin’ Image“, “Torero“, “Turbofire“, and the “Twin Mill” Corvette.

Several decades following the original release of “Twin Mill” Hot Wheels toy, Ira was living in Connecticut, and over the course of three years, he designed and built a real-life version of “Twin Mill.”

According to this 2015 article on ClassicCars.com, the real “Twin Mill” was at the 2015 SEMA Show where it was on display. The show car features two V8 engines with two separate drive-trains and a pair of rear differentials. Each engine is capable of 575 hp on pump fuel but power can be expanded up to 1,000 hp with nitrous. 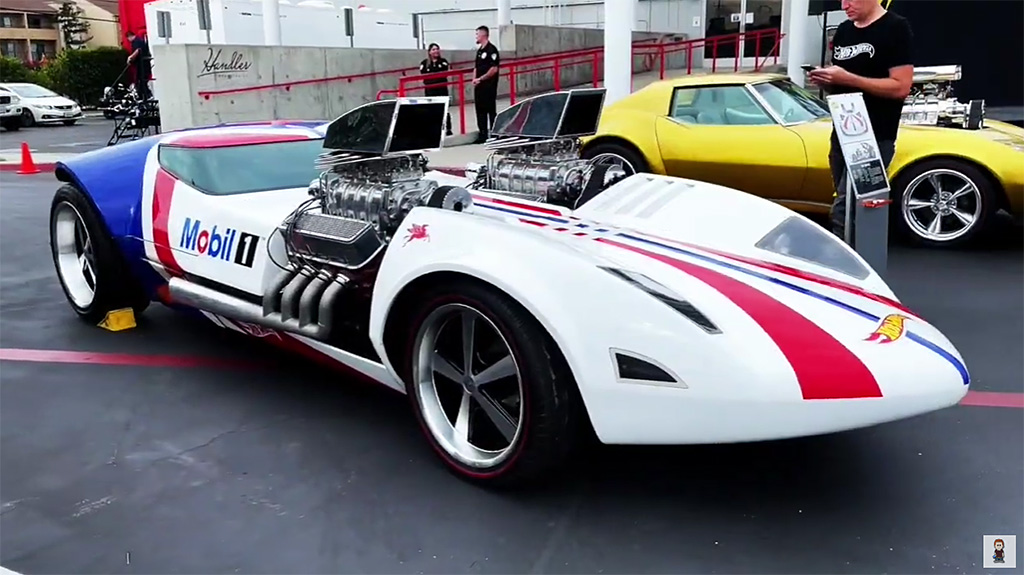 The car was actually built on a C2 chassis from a ’67 Corvette as that was what Gifford worked on during his time at GM. Although there are multiple seats in the car, only the driver will fit in the cockpit when the car is driving. Gifford’s spokesperson at SEMA said the two seats are there for the kids to sit in the car and have their pictures taken.

So why the sudden interest in this old show car? We’ve been a follower of the Fireball Tim vlog on YouTube for years now, and this morning he offered up this quick walk-around video showing “Twin Mill” on display at an unnamed car show. We also see the Gold 1968 Gas Monkey Corvette Hot Wheels car are there.

The History Channel’s “Toys That Built America” series has a great episode on the battle between Matchbox and Hot Wheels that is a must watch for any car enthusiasts.