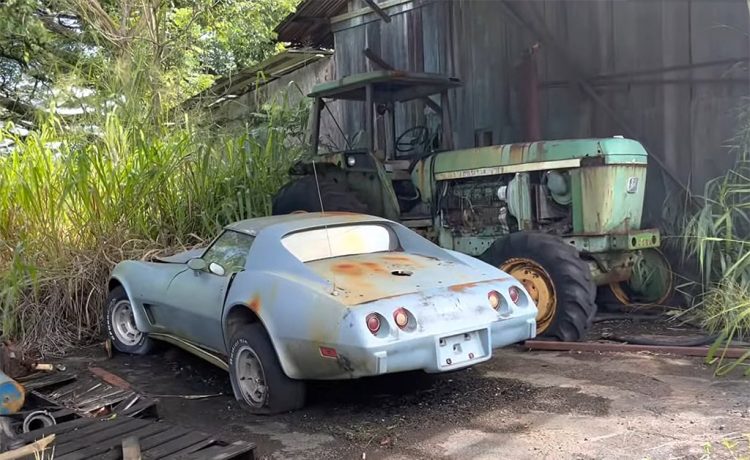 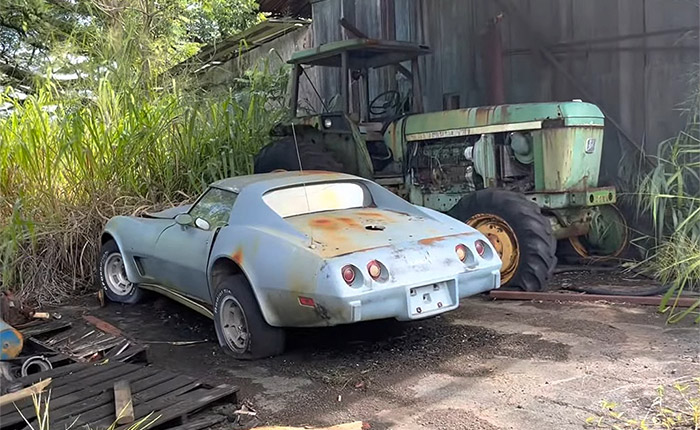 All Corvettes no doubt start their lives as the “pride and joy” of the original owner’s life, but sometimes these cars wind up neglected as the years roll on.

Have you ever passed by an abandoned vintage Corvette in a field or a garage and wondered how it ended up there?

Such is the case with this mysterious 1977 Corvette discovered on the Big Island in Hawaii by YouTube sleuth “Liv Scaffidi.” She and her male videographer found the abandoned Corvette under a shed, next to a John Deere tractor, and the years have not been kind to either vehicle. 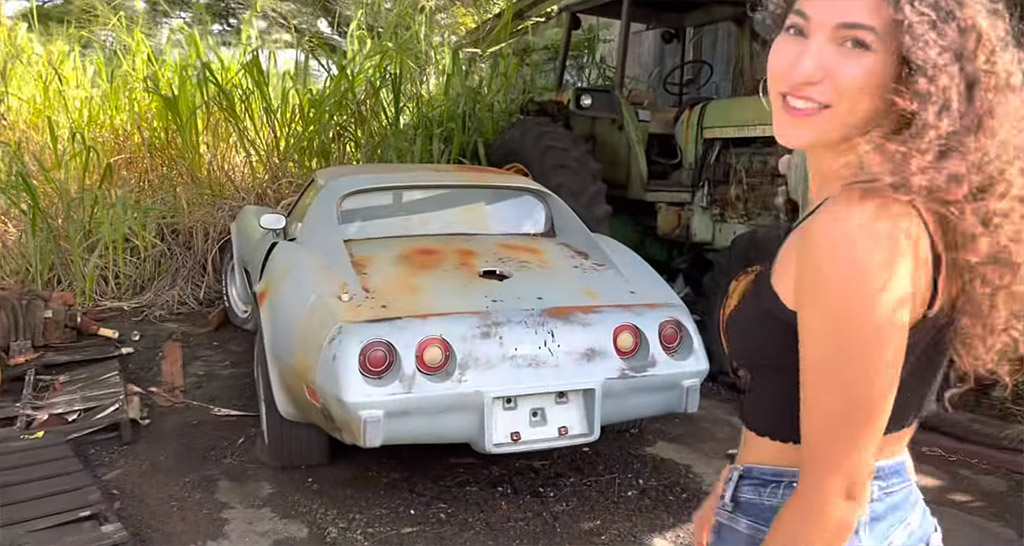 As they explore the Corvette, which is slowly being eaten by plants, they find that the windshield has been smashed, the interior stripped of its seats, the gas tank left open to the elements – causing it to rust, and the doors so rusted shut they can’t even be opened.

That’s too bad because through the windshield opening, they spot – but can’t safely retrieve – some old Polaroid photos in the rear compartment that might offer clues to the history of this Corvette. 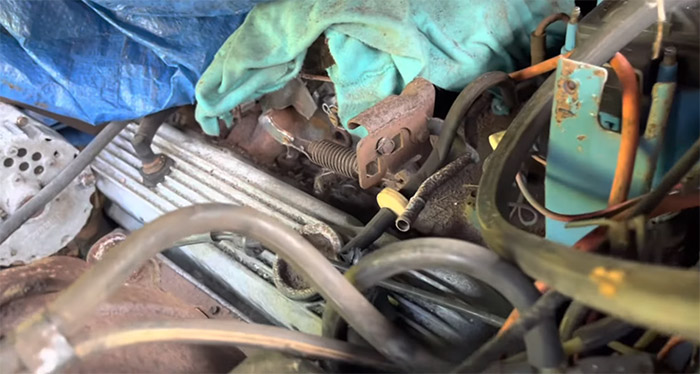 The hood – adorned with the highly desirable L82 emblem – appears to be missing its hinges and is just lying on top of the compartment. Fortunately, the more powerful optional engine appears to be in place, though its condition is probably rough.

This car is too far gone to be worth restoring, at least from a sound financial perspective, too bad considering it was no doubt once the pride and joy of its owner. Still, it’s interesting just to see a C3 like this and imagine how it found its way to Hawaii, only to wind up on an abandoned farm. What do you think?

[VIDEO] 1976 Corvette Stingray Discovered in an Abandoned House in Belgium