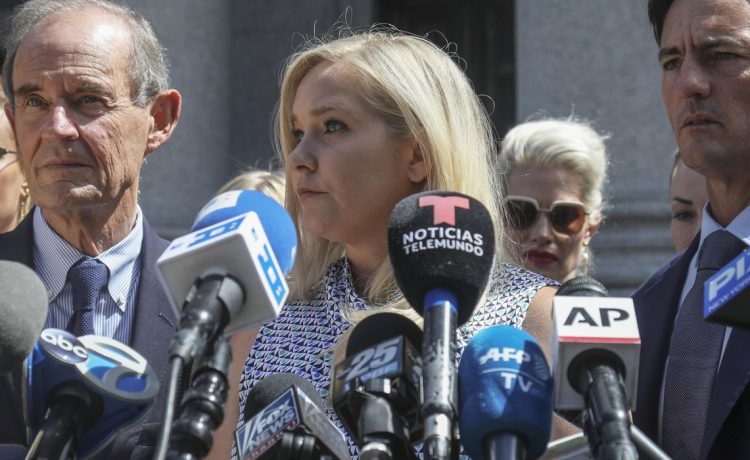 NEW YORK — A woman who recently settled a lawsuit in which she had claimed to have been sexually trafficked to Britain’s Prince Andrew and others by the financier Jeffrey Epstein has dropped a similar claim against noted American attorney Alan Dershowitz, saying she may have erred in accusing him.

Virginia Giuffre’s lawsuit against the prominent lawyer was withdrawn Tuesday, court records in New York show. She and Dershowitz issued a joint statement saying the resolution of the lawsuit did not involve the payment of money or anything else.

In a statement, Giuffre said she had “long believed that I was trafficked by Jeffrey Epstein to Alan Dershowitz. However, I was very young at the time, it was a very stressful and traumatic environment, and Mr. Dershowitz has from the beginning consistently denied these allegations.

“I now recognize I may have made a mistake in identifying Mr. Dershowitz. This litigation has been very stressful and burdensome for me and my family, and we believe it is time to bring it to an end and move on with our lives,” she said.

Dershowitz said he was gratified that the claims were withdrawn and Giuffre has admitted she may have made a mistake.

“As I have said from the beginning, I never had sex with Ms. Giuffre. I have nevertheless come to believe that at the time she accused me she believed what she said,” said Dershowitz, a retired Harvard University law professor.

He added: “Ms. Giuffre is to be commended for her courage in now stating publicly that she may have been mistaken about me. She has suffered much at the hands of Jeffrey Epstein, and I commend her work combatting the evil of sex trafficking.”

The Associated Press does not identify alleged victims of sex crimes unless they give their consent.

Giuffre had filed a defamation lawsuit against Dershowitz after accusing a number of prominent men, including Andrew, of sexually exploiting her when she was 17 and 18 years old.

She had said in court filings that Epstein made her his teenage “love slave” and forced her to have sex with Dershowitz a half-dozen times in Florida, New York, New Mexico and the U.S. Virgin Islands. She said Dershowitz also witnessed Epstein abusing other girls.

Dershowitz has consistently denied any sexual contact with Giuffre, saying he had never met her. He told The Associated Press three years ago that his documents contradicted Giuffre’s claims as to his whereabouts. He said Giuffre’s story had evolved over time and that she initially didn’t implicate him in her sex trafficking account.

In court papers in 2019, Dershowitz said Giuffre’s claims had led him to suffer severe emotional distress, including “cardiac conditions.”

Prince Andrew’s lawyer did not immediately comment on the news of Giuffre’s settlement with Dershowitz.

In February, it was announced that Giuffre’s lawsuit against Andrew was settled. The deal called for the prince to make a substantial donation to Giuffre’s charity.

In a statement, the prince said he “has never intended to malign Ms. Giuffre’s character, and he accepts that she has suffered both as an established victim of abuse and as a result of unfair public attacks.”

Andrew acknowledged that Epstein trafficked “countless young girls” over many years and said the prince “regrets his association with Epstein, and commends the bravery of Ms. Giuffre and other survivors in standing up for themselves and others.”

She had alleged she had sex with Andrew three times: in London during a 2001 trip, at Epstein’s New York mansion when she was 17 and in the Virgin Islands when she was 18.

Andrew repeatedly denied Giuffre’s allegations and has said he can’t recall ever meeting her, although a photograph of Giuffre and Andrew together in a London townhouse, his arm around her bare midriff, was included in Giuffre’s lawsuit against him.

Epstein killed himself in August 2019 in a federal Manhattan jail as he awaited trial on sex trafficking charges.