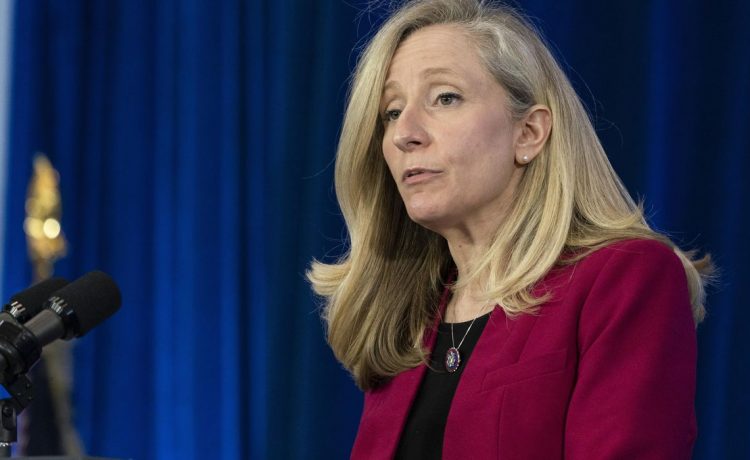 Virginia’s 7th Congressional District is the site of a fierce midterm battle over which candidate is more pro-police, pitting two women with law enforcement backgrounds against each other.

The Democratic incumbent and Republican challenger also are accusing each other of having advanced a defund-the-police agenda.

“I’ve worn the uniform, and I proudly still am an auxiliary deputy with the Prince William County Sheriff’s Office. So, when somebody says that I’m anti-police or that I’ve voted to defund the police, I take that personally,” the GOP candidate, Yesli Vega, told supporters at a recent fundraiser.

Ms. Vega has made a law-and-order agenda and fighting illegal immigration the centerpieces of her campaign in the district, which extends across central Virginia and includes the Richmond suburbs.

“I got into law enforcement because my younger brother was viciously gunned down and nearly killed by MS-13 during a gang initiation process. That night, his best friend Anthony was murdered at the age of 15,” she said. “So, when Nancy Pelosi tries to defend these savages, I take that personally because I know what it was like to be in that waiting room with my parents wondering if my brother was going to survive.”

Mrs. Spanberger also boasts that she “knows what it means to put on the badge,” and she touts her record of voting for pro-police legislation. She also lists on her campaign website “securing our borders & fixing our broken immigration system” among her top issues.

The Spanberger camp, in a recent TV ad, accused Ms. Vega of voting “against police funding” three times in her job as a county supervisor. “Yesli Vega won’t keep us safe,” the ad says.

The charge stems from Ms. Vega’s opposition to county budgets from the Democrat-dominated board of supervisors. She said she objected to tax hikes in the budget, which she said were particularly dangerous during this time of high inflation.

“I’ve never voted to defund the police three times. And those are the lies that she’s repeating,” Ms. Vega told The Washington Times, adding that she pushed for hiring 342 new officers, which the majority of the board voted down.

Ms. Vega returned fire on Mrs. Spanberger, accusing her of being a fake moderate.

The Vega campaign says Ms. Spanberger presents herself as a moderate but voters with President Biden 100% of the time and with House Speaker Nancy Pelosi at least 92% of the time.

“All you have to do is look at her voting record. She’s taken money from AOC’s ‘Defund the Police PAC.’ One of the requirements to be endorsed by such a radical PAC is that you have to pledge to take funding away from law enforcement.  And that’s exactly what she’s done,” Ms. Vega said in the interview with The Times. “I absolutely think she wants to have voters forget about that.”

Ms. Spanberger received $5,000 in March from the Courage to Change PAC that was set up by Rep. Alexandria Ocasio-Cortez of New York. The PAC has a defund-the-police litmus test for candidates, including voting to “reduce the annual budget for law enforcement and defense spending and shift those funds towards community resources and programs.”

In response, the Spanberger campaign touted the congresswoman’s support for a bill that would provide federal funding for police departments to hire and retain officers.

“As a former federal law enforcement officer and former CIA case officer, Rep. Spanberger understands what it means to serve her community and serve her country. And as the U.S. Representative for the people of Virginia’s 7th District, she has been proud to bring this perspective to her conversations about public safety with local law enforcement. She will continue to work directly with these leaders to increase funding, help departments recruit and retain, provide them with the resources they need to combat rising rates of substance abuse and addiction, and improve training that builds stronger relationships between local departments and the people they serve,” the campaign said in a statement to The Times.

Ms. Spanberger is among a small handful of Democrats who proposed police funding bills and pushed back against her party’s defund-the-police talk after it helped fuel House GOP wins in 2020.