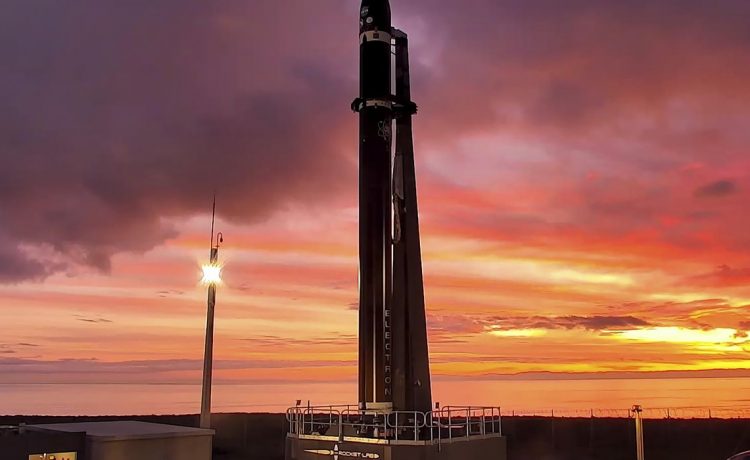 The “Virginia Is For Launch Lovers” rocket mission is scheduled to fly out of Wallops Island on Virginia’s Atlantic coast on Monday.

Depending on the nighttime cloud cover, the spacecraft will be visible across much of the East Coast for up to three minutes after launch.

The mission is being sent by New Zealand-based Rocket Lab. Originally planned for December, the launch was delayed repeatedly by bad weather and is now set for Monday, with several February backup dates if needed. The daily launch window is from 6-8 p.m. EST, according to Rocket Lab.

Flying out of the commercial Mid-Atlantic Regional Spaceport’s Launch Complex 2, the ‘Virginia Is For Launch Lovers” rocket will be the first Electron rocket flown out of the United States; 32 such rockets have been launched out of New Zealand for Rocket Lab.

The mission will be sending three satellites for HawkEye 360, a Virginia-based vendor of radio signal location data, as part of a deal to send 15 small satellites into low earth orbit by the end of 2024.

“We’re incredibly excited about the capability we’re bringing to Virginia by delivering responsive launch for our customers from U.S. soil, and we’re also proud of the opportunities it creates for the local community by creating highly-skilled jobs and bringing high-tech manufacturing to the Eastern Shore,” Rocket Lab CEO Peter Beck said in a company press release.

The Electron rocket will be the first small-launch vehicle flying out of the United States, according to Mr. Beck.

“It’s great to bring a new capability to the nation. The nation doesn’t have a reliable small-launch vehicle launching off U.S. soil. We launch the vehicle off foreign soil, but this is bringing the capability to hometown,” Mr. Beck told Fox 5.

“Virginia Space is ready to support the launch of this historic mission, the first of many … This partnership creates long-term positive economic impact across the region and cements the Mid-Atlantic Regional Spaceport as a national asset for assured access to space,” Virginia Space Executive Director Ted Mercer said in the Rocket Lab press release.

The mood at the Mid-Atlantic Regional Spaceport is spirited, but also busy with preparations to ensure a safe launch.

“The week of launch the excitement level goes through the roof. We are involved in our various reviews, getting ready for the launch on Monday. So there are a whole series of reviews that have to take place to make sure we’re on time and ready for a safe launch,” Mr. Mercer told Fox 5.

Americans across the mid-Atlantic coast will have a chance to see the spacecraft, depending on cloud cover. People in the D.C., Baltimore, and Richmond metropolitan areas, as well as part of the Philadelphia metro area, will have line-of-sight on the vehicle within 60 to 90 seconds of launch, according to a NASA graphic.

The Raleigh and New York City metro areas, as well as parts of Pennsylvania, Virginia, and North Carolina, will have line-of-sight within 90 to 120 seconds of launch. The Pittsburgh and Boston metro areas, along with much of New England and parts of central New York, western Pennsylvania, West Virginia and the Carolinas will have line-of-sight within 120 to 150 seconds.

Rocket Lab will also have a livestream starting 40 minutes before launch at www.rocketlabusa.com/live-stream.