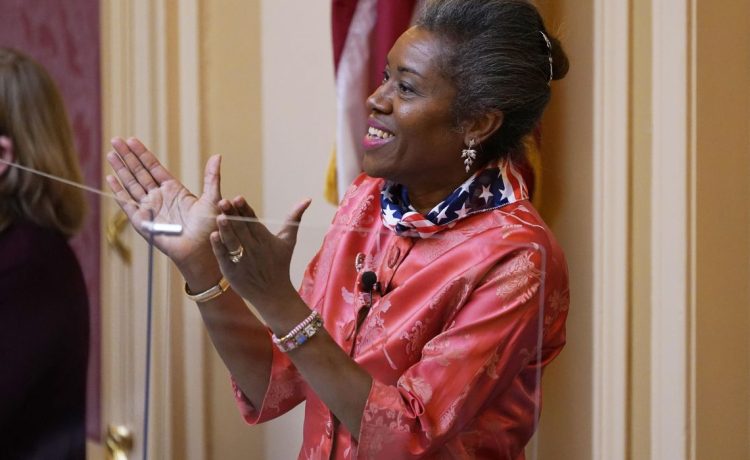 Virginia Lt. Gov. Winsome Sears says it is time for the GOP “to move on” from former President Donald Trump.

Mr. Sears,  who chaired a group in 2020 backing Mr. Trump called “Black Americans to Re-elect the President,” said the disappointing midterms for the GOP this week made it clear voters “want a different leader.”

Mr. Trump has signaled he plans to launch another bid for the White House next week, telling supporters at a rally before election day that he will deliver a “very big” announcement from Mar-a-Lago.

“I could not support him,” Ms. Sears said, before noting that a number of Trump-backed candidates running in key races underperformed, in some cases running well behind fellow Republicans on the same ticket.

“The voters are saying enough is enough,” she said. “We have a clear mission and it is time to move on.”

Ms. Sears is the first Black woman to hold the office of lieutenant governor in Virginia. Her victory last year in Virginia was celebrated by conservatives nationwide.