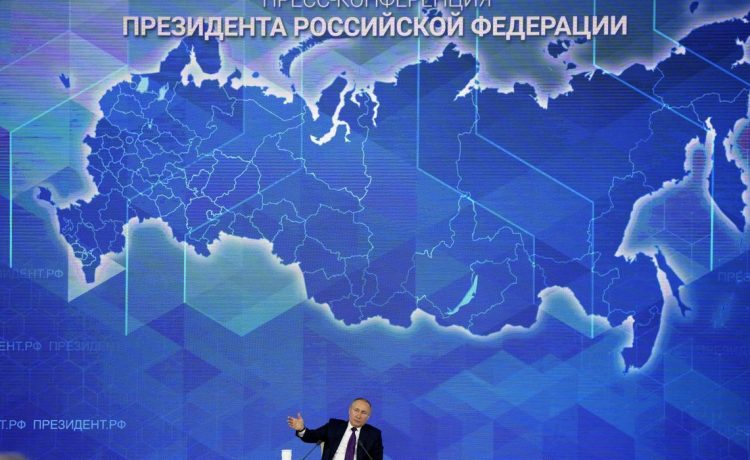 Throw another reliable holiday tradition out the window.

The briefing, which sometimes goes on for four hours or more, has been a major political event on the Kremlin’s calendar and has featured everything from Mr. Putin’s views of the future of mankind to his thoughts on the rising price of groceries in Yakutsk.

It was also used by the government as an advertisement for the president’s continuing effectiveness and familiarity with the issues, big and small, after holding unchallenged power since the turn of the century.

It is the first time in 10 years that Mr. Putin has canceled the December meeting with domestic and foreign journalists, though Kremlin spokesman Dmitry Peskov gave no reason for the postponement and told reporters in Moscow on Monday it could be rescheduled for sometime in the new year.

The Russian president was certain to face uncomfortable questions about the state of his troubled “special military operation” in Ukraine, the rising public opposition to such moves as a major call-up of additional forces this fall, and the economic fallout from Western sanctions and plummeting foreign investment.

“As for the big press conference, yes, it won’t happen before the New Year,” Mr. Peskov said. “But we hope that the president will still find an opportunity to talk with [journalists], as he regularly does, including during foreign trips.”

The Kremlin last year moved to restrict access to Mr. Putin’s year-end news conference with several critical domestic news outlets saying they did not get their customary invitation to the event.

Even so, Mr. Putin faced some questions at the time over mounting tensions with Kyiv, insisting then that Russia was not looking for a fight.

Eight weeks later, Russian forces crossed over into Ukraine in a failed blitz campaign to overthrow the government and seize the country’s largest cities.