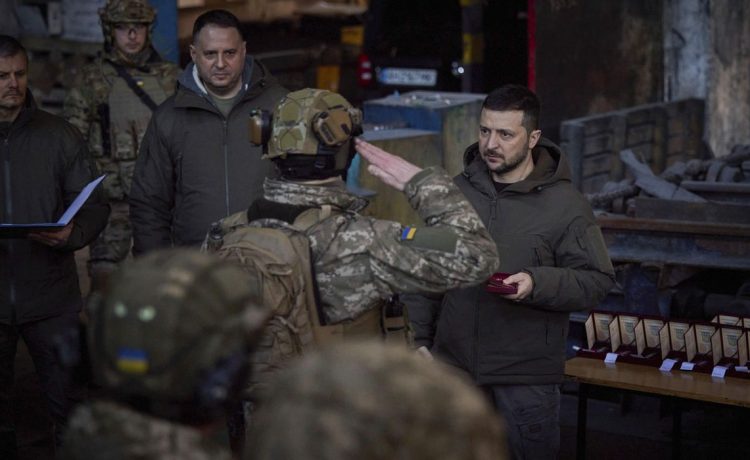 Speaking alongside President Biden at the White House, Mr. Zelenskyy thanked the U.S. for the more than $21 billion in military aid that America has provided since Russia’s invasion of Ukraine last February. The latest installment came Wednesday when the Biden administration announced another $1.85 billion in assistance, including the first delivery of a U.S. Patriot missile defense system.

Mr. Zelenskyy made clear he expects that aid to keep flowing even after Republicans take control of the House next month.

“Regardless of changes in the Congress, I believe there will be bipartisan and bicameral support,” the Ukrainian president said, putting the need for such aid in stark terms.

“We need to survive this winter,” he said. “We need to protect our people. … This is a key humanitarian issue for us right now. This is the survival issue.”

U.S. military aid is, among other things, funding Ukraine’s defenses against Russian rocket and drone attacks that are targeting energy infrastructure ahead of the winter season.

SEE ALSO: Ukraine’s new Patriot missile both a weapon and a symbol

Support for Ukraine aid remains mostly strong in both chambers and in both parties, but some voices within the Republican Party have gotten louder in questioning the seemingly endless supply of money America is willing to send Ukraine. Beyond the military aid, the U.S. has sent billions of dollars in humanitarian assistance. The administration’s latest request would reportedly bring the total over $100 billion.

Likely House GOP Speaker-to-be Kevin McCarthy has said the next Congress will not be giving Mr. Biden a “blank check” on aid requests for Ukraine and some conservative skeptics of the war have been even more critical.

“$100 billion to Ukraine. Let’s put that in perspective. That’s more than $200 million this year from each congressional district,” Rep. Thomas Massie, Kentucky Republican, said in a Twitter post Wednesday. “What could your congressman have done for your district with $200 million? How long will the kids in your district be paying interest on this debt?”