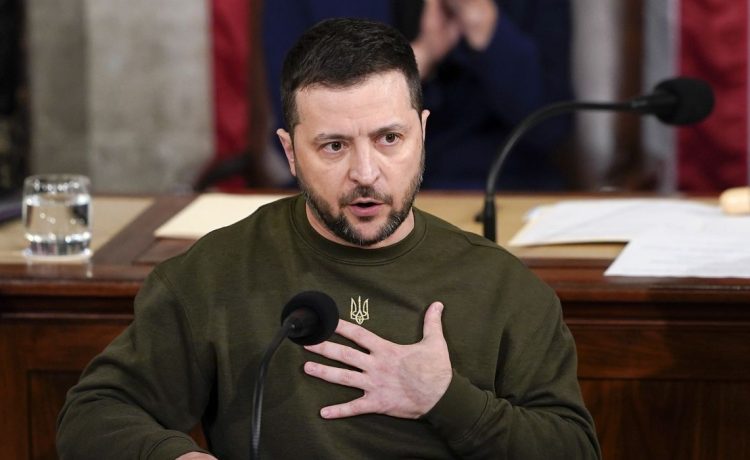 Ukrainian President Volodymyr Zelenskyy called on Russian citizens to force the Kremlin to bring an end to the war now in its 11th month.

Russian President Vladimir Putin is ordering a 36-hour Christmas Day cease-fire — celebrated on Jan. 7 in the Christian Orthodox tradition. But officials in Kyiv said Moscow will merely use the temporary halt to allow Russian troops to prepare for further hostilities.

“As of today, you have already lost almost 110,000 of your soldiers killed in this war,” Mr. Zelenskyy said Thursday in his regular address to the nation. “What will this (cease-fire) bring? Just another increase in the death toll.”

The Ukrainian leader said officials in Moscow do not value life and do not seek peace. A temporary cease-fire will not hasten the end of the war, Mr. Zelenskyy said.

“What is needed is the citizens of Russia who will find the courage to free themselves of their shameful fear of one man in the Kremlin,” he said. “Your fear of him destroys your country.”

The war will end only when the Russian people demand that their government ends its aggression against Ukraine, Mr. Zelenskyy said.

“Even when your missiles and drones are not hitting our cities, the terror in the occupied territories continues,” he said. “People are tortured, electrocuted (and) raped. This continues every day while your soldiers are on our soil.”

He told the Russian people that the war will end only when its soldiers leave voluntarily or are driven out.

“The masters of Russia are now in a rather desperate situation due to the defeats of the occupiers at the front,” he said.