Voters head to polls with concerns about economy, immigration, crime 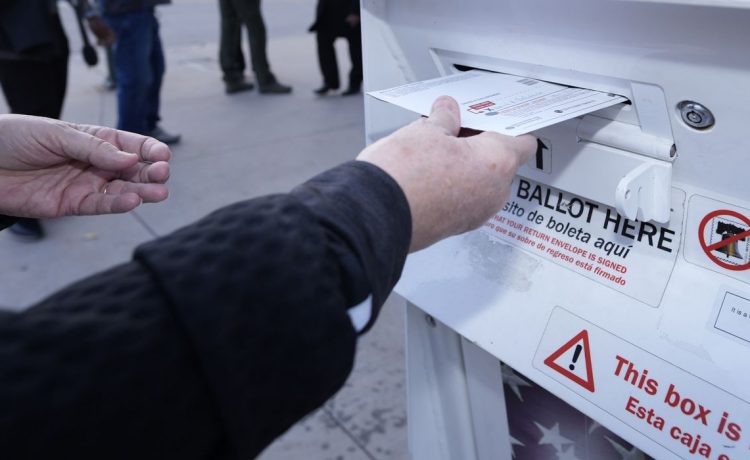 Richard Edwards emerged Tuesday from his polling place in Annapolis, Maryland, wearing a red “Make America Great Again” cap and hoping for a strong Republican showing in races across the nation.

Mr. Edwards, 56, who works in the energy industry, said he voted “pretty much straight Republican.” Like many voters, his main concerns in this election are taxes, immigration and crime.

“I’m more looking forward to seeing what happens nationally — do we flip the four Senate seats that are kind of in play, how that all plays out,” he said of Republicans.

Election integrity is also on his mind. He said he believes the GOP around the country has taken more steps recently to guard against voter fraud.

“Nationally, it’ll be interesting to see how many shenanigans are out there,” Mr. Edwards said. “It seems like Republicans are better prepared this time for all that stuff. I mean, the Democratic machines are as corrupt as anything.”

In Anne Arundel County, where Annapolis is located, registered Democrats outnumber Republicans by a margin of about 57% to 43%.

Another voter at the same polling place in Annapolis, Maurice Jenkins, 35, said he is an independent and is concerned about term limits.

Anne Arundel has a ballot question on whether to limit county council members to three four-year terms.

“I don’t like career politicians, they should have term limits,” said Mr. Jenkins, who is an HVAC technician. “The president has four years, two times, and Congress should have at most four [terms]. That way, the older generation has to train up somebody new to get new blood, and that way we don’t have the same people doing the same stuff, not doing nothing.”

Mr. Jenkins said he, too, voted for “a lot of Republicans” this year.

“A lot of their views actually align with what I believe in,” he said. “Inflation is really bad right now. Hopefully it gets better.”