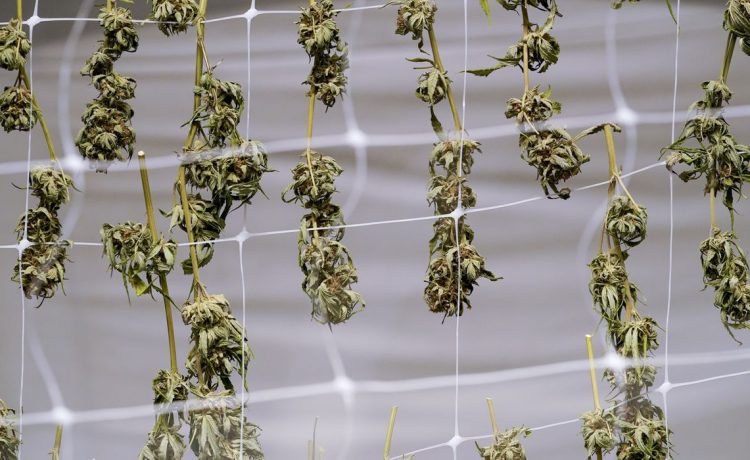 Recreational marijuana is legal in 19 states and the number will grow to 24 if voters in Arkansas, Maryland, South Dakota, North Dakota and Missouri approve pot-related measures on the ballot Nov. 8.

The ballot initiatives were largely pushed by pro-cannabis groups such as Legal Missouri 2022 and Responsible Growth for Arkansas. Maryland’s Yes on 4 initiative, urging voters to approve legalizing marijuana in the state, is funded partly by the cannabis dispensary franchise Trulieve.

Polling shows growing public support for legalizing pot use among adults, but also amid increasing concern about youth access to the drug and public safety problems that come with it.

President Biden, who has opposed legalizing marijuana use, sent a strong signal to the states Thursday when he cited, “our failed approach to marijuana” and pardoned more than 6,500 people convicted on federal charges related to simple marijuana possession. Mr. Biden called on governors to pardon similar state-level offenses, and he asked the attorney general to consider reclassifying marijuana as a less-regulated drug.

“Biden put the federal government squarely in one corner,” Jeffrey Miron, a Harvard University economist who studies the impact of marijuana legalization, told The Washington Times. “Not that he advocated for complete repeal of the marijuana laws, but he certainly is nudging in the direction of greater access.”

The states, individually, are leading the way on legalizing pot.

If all five ballot initiatives pass next month, more than half the U.S. population will have legal access to cannabis, said Morgan Fox, the political director for NORML, which advocates for legalizing cannabis.

“There are dozens of states now that have successfully regulated cannabis for medical or adult use. And people are able to see that the sky doesn’t fall,” Mr. Fox said. “This is a substance that can be effectively regulated, like any other product, and it doesn’t make sense to continue to allow the market for cannabis to be controlled by unregulated operators and in some cases, criminal organizations for something that is objectively safer than alcohol and then other states have shown can be regulated.”

Tax revenue is also luring states into considering recreational pot sales. A recent report from the Marijuana Policy Project calculated that states that have legalized cannabis for adult use collected $3.7 billion in taxes last year.

In Maryland, new polling suggests voters will approve a constitutional amendment that would make it legal for people 21 and older to purchase marijuana for recreational use.  A University of Maryland/Washington Post poll found 73% of registered voters supported the initiative, though approval was skewed toward Democrats and toward younger voters, who are less likely to vote.

Earlier this year, the state legislature passed a bill that would automatically expunge cannabis cases where possession was the sole charge. This law would take effect if voters pass the constitutional amendment legalizing adult use.

Maryland is among 37 states that permit people to buy marijuana for medicinal purposes, which requires a physician’s recommendation. Trulieve, which is helping push recreational pot in Maryland, operates three medical marijuana dispensaries in the state.

Advocates say legalizing pot use will end racial disparities in prosecutions over the drugs. According to the ACLU, nearly four times as many Blacks as whites are arrested for possessing pot even though pot use is nearly equal among the two groups.

But there has been pushback by groups concerned about stoned driving, increased crime, and pot-addicted youth.

A Boston University study found U.S. car crash deaths involving cannabis use doubled between 2000 and 2018, while the Centers for Disease Control and Prevention warns nearly a third of cannabis users are addicted and that the risk of developing marijuana use disorder is greater among people who start using in their youth.

In Missouri, the effort to legalize recreational pot is less certain. Polls show voters are divided on a ballot measure to change the state constitution and lift a ban on the sale and consumption of marijuana for people over the age of 21. The measure would also expunge the records for some marijuana-related convictions.

In Arkansas, conservatives, including Gov. Asa Hutchinson, are fighting the legalization campaign, arguing it would turn the state into California, where drug use and homelessness plague major cities.