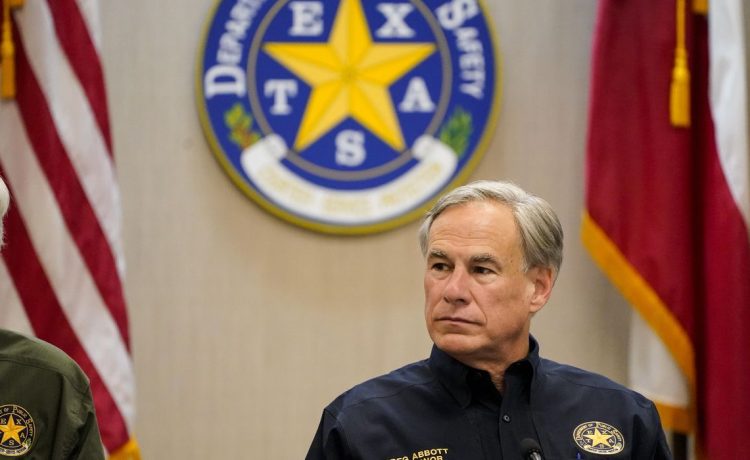 For many governors on the ballot this week, the pandemic was the defining issue of their term — and those who pushed for the fastest reopening after the initial wave of lockdowns were among the biggest winners.

Greg Abbott in Texas, Ron DeSantis in Florida and Brian Kemp in Georgia led the way in reopening in 2020, in some cases even defying President Trump’s calls for a slower approach. Each romped to re-election.

It wasn’t just Republicans. In Colorado, Gov. Jared Polis was the first Democrat to let a shutdown order expire in 2020, and he also crushed his opponent.

“The ones that opened up the soonest in states that depended on tourism, service industries, those governors were rewarded by the voters like nobody else,” said Ford O’Connell, a GOP strategist based in Florida.

That’s not to say COVID dominated the election. It didn’t. Which is news itself.

The virus, which helped unseat a sitting president in 2020 and helped install a GOP governor in Virginia in 2021, barely rippled across this year’s races.

Broadcast networks’ exit polling was peppered with pandemic questions in 2020 and the next year when Glenn Youngkin won in Virginia. It didn’t get mentioned much this year.

The Associated Press’ VoteCast, a different type of exit polling, did include the pandemic in a question asking voters about the big issues. COVID was at the bottom, tied with foreign policy, at just 2%.

“It’s just not an issue anymore. It doesn’t show up on the radar screen,” said Dave Carney, a GOP strategist working for Mr. Abbott in Texas.

Still, Carney said it had an effect.

Texas’s fast reopening has been linked to the state’s soaring economy, for which voters certainly rewarded Mr. Abbott.

“In Texas, we’ve been for a year now above pre-pandemic jobs. We’ve created more jobs in Texas than most of the rest of the country combined,” Mr. Carney said.

Contrast that with Nevada, a tourism-heavy state, where Gov. Steve Sisolak kept a pandemic state of emergency on the books until this May, and the state didn’t recover all its lost jobs until July.

Mr. Sisolak sought re-election, and as of Thursday his race against Republican nominee Joe Lombardo was still too close to call. If he loses, Mr. Sisolak would be the only sitting governor to be ousted this cycle.

In Colorado, Mr. Polis was the first Democrat to announce a gradual reopening of businesses in 2020. He ended his state’s pandemic emergency in July 2021, or nearly a year before Mr. Sisolak.

Mr. Polis trounced his opponent by 16 percentage points this week.

President Biden famously declared the pandemic over late in the summer. Americans already well into post-pandemic lives yawned, but the medical community delivered a rebuke, pointing to hundreds of deaths a day still attributed to the virus.

In his state, GOP gubernatorial nominee Tudor Dixon tried to raise the issue in her challenge to Gov. Gretchen Whitmer. Ms. Whitmer claimed late in the campaign that she had shut down schools for only three months, when in fact some students were doing remote learning for more than a year.

But the issue never took off.

Mr. Dulio said that while pandemic politics may have played well in a primary or for base voters, it wasn’t going to win over the independents and other persuadable voters who decided Tuesday’s Michigan race.

“You see the stark differences between campaigning in a Republican primary and a general election in 2022 on display with this issue,” he said. “It fired up Republicans, but the voters that Dixon needed to win the election in November didn’t care about it. And if they did, they may have sided with, or at least given the governor a pass.”

In California, Gov. Gavin Newsom rolled to a 15-point win over his Republican opponent despite some of the toughest COVID restrictions.

California in September finally regained all the jobs it ceded during the pandemic.

Mr. Carney said the real problem for governors regarding the virus came from hypocrisy.

He pointed to New Mexico, where Gov. Michelle Lujan Grisham, a Democrat, was dinged for ordering most businesses to shut down in early 2020, then placing a jewelry order anyway. Local news outlets reported that a jewelry store employee had to go unlock the shop, get the jewelry and deliver it, even though there was a ban on curbside sales at the time.

Ms. Lujan Grisham had a narrower-than-expected win over her GOP opponent this week, dropping 5 points off her 2018 share of the vote.

New Mexico is also still below the number of jobs it had in February 2020, just before the pandemic.