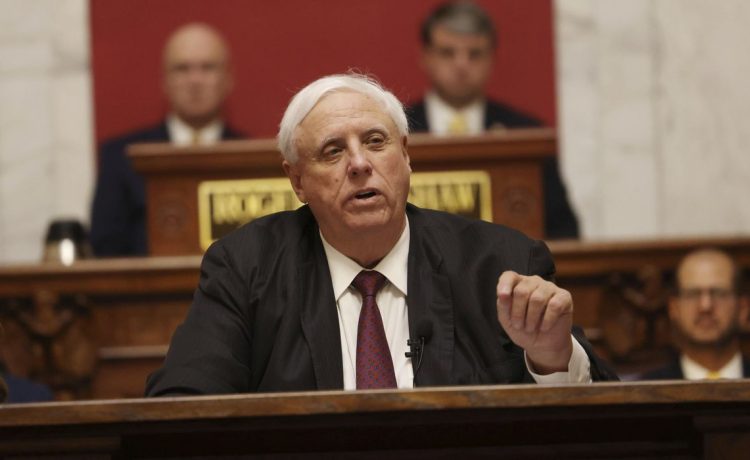 CHARLESTON, W.Va. (AP) — West Virginia’s Republican-dominated House of Delegates passed a historic 50 percent reduction of the state’s personal income tax Wednesday, rejecting a plan from Democrats that would have completely eliminated the tax for the lowest earners in one of the poorest U.S. states.

The bill – a proposal from Gov. Jim Justice – passed the House of Delegates 94 to 2, with four members not voting. It now heads to the Senate, where legislative leadership has clashed with Justice over proposals to cut taxes for nearly two years.

In a statement immediately following the vote, the Republican governor said the cut would “put money in the pockets of hardworking West Virginians.”

“There is no better incentive than this. Period,” Justice said. “I encourage the Senate to expediently vote in favor as well.”

Justice’s plan would cut the personal income tax across income brackets incrementally over the course of three years: 30 percent the first year, and then an additional 10 percent each year after that. He has described the plan as a “West Virginia tsunami,” and a first step toward eliminating the state’s personal income tax altogether.

House Republicans moved quickly to pass the legislation, greenlighting the proposal just a week after Justice announced the plan during his State of the State address and lawmakers gaveled in for the 60-day legislative session last Wednesday.

“At the end of the day, a prosperous economy is going to fix an awful lot of the problems that we debate in this body,” Republican Delegate Matthew Rohrbach said. Close to 17% of West Virginians live in poverty, and the median household income is $50,884, according to the U.S. Census Bureau.

“What the Democratic plan is trying to do is: ‘Keep it simple, stupid,’ ” Democratic Delegate Joey Garcia said. “Let’s start with the people who need it the most.”

Democratic Delegate Larry Rowe said the governor’s plan is not fair because the more money people make, the bigger tax break they get.

“All we’re asking is let them pay their fair share of what they got out of this society,” Rowe said. “When you are able to make a million dollars in income, a whole lot of things clicked to get you in that position. Pay your way, pay it back.”

“We can we can run and skip through the cornfields barefoot and give great big tax breaks, if we’re going to do it,” he continued. “The plan over here is very simple: be fair.”

Republican Delegate Marty Gearheart said the underlying idea of the bill is to put the state on the path to eliminate the income tax entirely. But he said lawmakers have to take a measured approach.

“It fails to respect all West Virginians, particularly those that have worked hard, worked smart and have put their money at risk to be earning an amount of money that is subject to tax,” Gearheart said, of Democrats’ plan. “We want to get rid of that. However, it’s not something that can be done at the snap of a finger. This takes us a long way there.”

He said the way to do that is “a little bit at a time” and not by favoring one group of residents over another.

“It appears to me that those that pay more tax are going to get more dollars in break because they pay more tax,” he said. “They contributed more from an economic standpoint to the state of West Virginia than those that paid less tax.”

Republican Delegate Daniel Linville said those earning a higher income are job creators who could hire additional employees if they see a tax cut.

“I must mention that it’s hard to earn a wage without an employer,” he said.

Senate GOP leaders are expected to offer their own tax cut proposals.

The governor suggested a permanent 10% reduction in the personal income tax in July after the state ended the fiscal year with a record $1.3 billion surplus. The state Senate refused to take up the proposal during a special session that month.