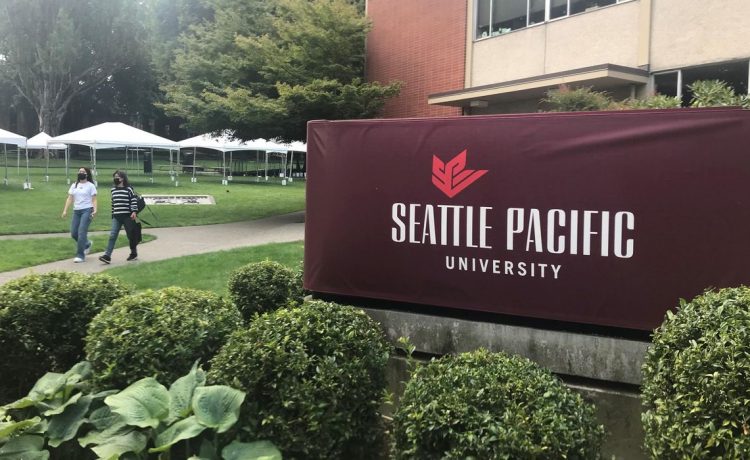 A federal judge in Washington state has tossed a lawsuit by a Christian university seeking to stop a state inquiry into the school’s hiring practices that block LGBTQ individuals from full-time roles.

Judge Robert Bryan of the Tacoma division of the U.S. District Court for the Western District of Washington dismissed the action filed by Seattle Pacific University against state Attorney General Bob Ferguson, who in July sent the school a letter asking about the school’s hiring policies.

Trustees of Seattle Pacific University, a 131-year-old school affiliated with the Free Methodist Church USA, voted in May to keep a policy requiring employees to agree to “lifestyle expectations” that adhere to only heterosexual marriage.

Critics say the rule bars gays in same-sex relationships from being hired in full-time roles at the school and have protested on campus and at graduation. In September, 16 faculty, staff and students sued the school in state court, saying the trustees placed “their personal religious beliefs above their fiduciary duties to SPU and its people.”

Mr. Ferguson in a news release said the school’s lawsuit asking to block the probe — which cited a Washington state civil rights law specifically exempting religiously based educational institutions from its provisions — was an “extreme position” that Judge Bryan, a Reagan appointee, “appropriately rejected.”

The specifics of Judge Bryan’s Wednesday ruling were delivered orally, a written order from the jurist noted. A transcript of the oral opinion was not immediately available.

Mr. Ferguson asserted that “as a person of faith” he supported the position that his “office respects the religious views of all Washingtonians and the constitutional rights afforded to religious institutions,” despite the investigation of the evangelical Christian school.

The attorney general, a Democrat, said “numerous SPU students and faculty” had complained to his office about university hiring policies that “violate Washingtonian’s civil rights.”

Seattle Pacific is associated with the Free Methodist Church USA, whose position statement on sexuality says heterosexual marriage is “the only proper setting for sexual intimacy.”

The school’s employment policy states “employees are expected to refrain from sexual behavior that is inconsistent with the University’s understanding of Biblical standards, including cohabitation, extramarital sexual activity, and same-sex sexual activity.”

Lori Windham, vice president and senior counsel at the Becket Fund for Religious Liberty, a public-interest law firm that represented the school, said Judge Bryan’s decision was a “procedural” ruling that “did not touch on the larger issue regarding Seattle Pacific’s First Amendment rights.”

Ms. Windham said Becket would “continue to defend SPU’s right to express its faith in all aspects of university life.”

SPU Interim President Pete Menjares said in a statement the school is “committed to serving our students and campus community in a way that honors our Christian faith and mission. The government should not interfere with our ability to operate out of our sincerely held religious beliefs.”

The hiring impact of the 131-year-old school’s sexuality policies has become the subject of contention this year.

In June, a number of graduating students handed small rainbow flags to Mr. Menjares during graduation ceremonies, where the students refused to shake hands with him.

Jéaux Rinedahl, a part-time nursing instructor who is married to another man, sued Seattle Pacific in 2021 saying he was rejected for a full-time position there because of his sexual orientation and practice. The school said it settled the lawsuit out of court in May and did not disclose the terms.