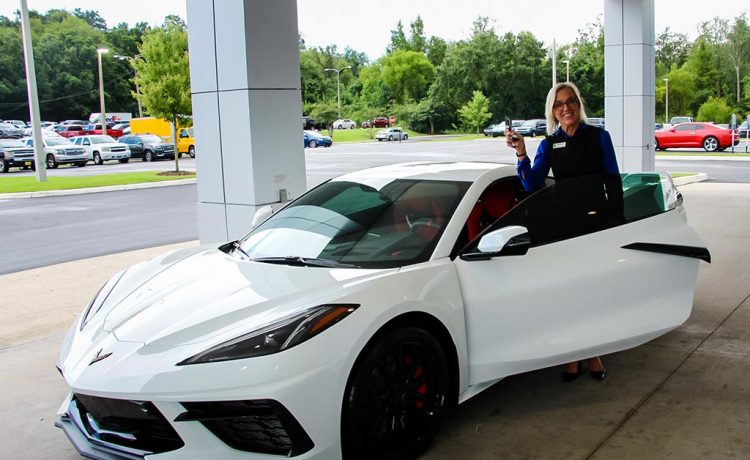 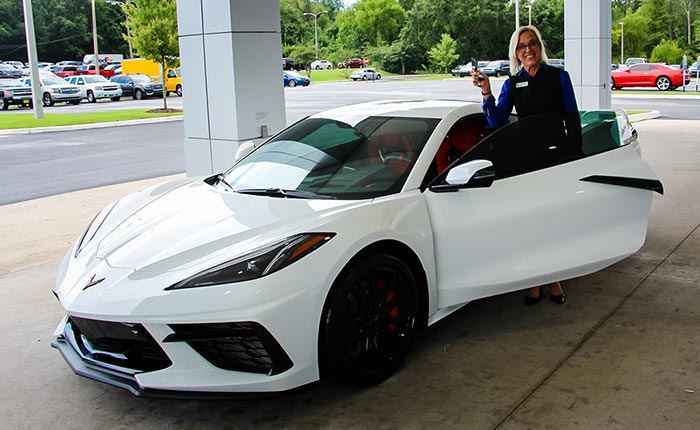 We can imagine that buyers of the new C8 Corvette Stingray fall roughly into two camps: those “expert buyers” who have researched every option and know exactly how they are going to spec their cars down to the smallest detail, while others may have selected a body style or color and may not be aware of all the different options and accessories available until it’s time to submit the order with the dealer when their allocation comes in.

Your Chevy sales rep generally has a wealth of knowledge and experience when it comes to ordering America’s Favorite Sports Car. Having seen many new Corvettes delivered to customers over the last three years, they have some great opinions about how to make the Corvette Stingray your own. If you are someone who wants to hear from the professionals on their “must have” accessories for the Corvette, we turn to these three Hendrick Automotive’s Corvette sellers to see what makes their motors run.

Barbie Jordan has been selling Corvettes in Tallahassee since 2000 and was there when the dealership was purchased by Dale Earnhardt, Jr in 2012. She’s a self-proclaimed “Corvette Girl” who says the dealer’s Corvette sales continue to grow thanks to the management of Hendrick Automotive. Last year the Tallahassee store sold 30 new C8 Corvettes at MSRP.

Barbie is a long-time Corvette owner who says she was driving a Corvette when she first arrived at the Tallahassee Chevy dealership 22 years ago. This summer, she received her own C8 Stingray and knows the difficult process that customers go through to get just the right look. Her 2023 Corvette Stingray was built in Arctic White with a Red interior, and it’s equipped with the Z51 Performance Package and Magnetic Ride Control. When customizing her own car, she chose to do a White Z51 Spoiler, Black wheels and added the new black tailpipes. One of the official GM accessories she chose for her Corvette was the Sterling Silver engine cover. “I did the silver engine cover. I haven’t seen anyone do it before, but I wanted to look in at the engine, and it looked dressed, but not that red standout cover. I just love the way my car turned out. These cars are meant to be personalized and show the personality of their owner.“ 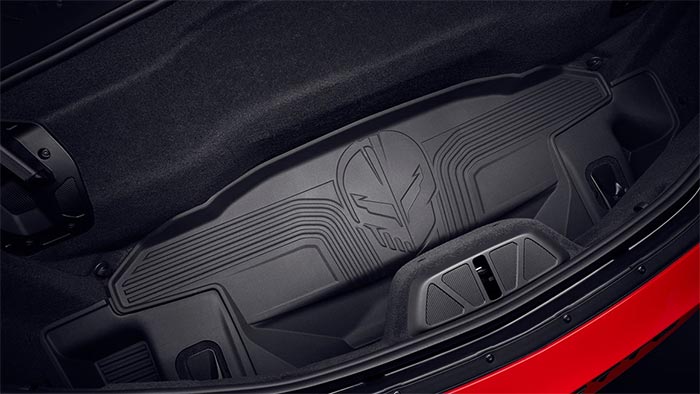 Barbie also added the Jake cargo protection mats, calling them “amazing.” She says the dealership also offers Ceramic Coating and Window Tinting as dealer-installed accessories and many customers like to take advantage of those services at the dealership because they want their car ready to drive as soon as it is delivered. “Getting your car complete when you pick it up is a great happiness for a Corvette owner,” she says. Barbie can be reached via email at [email protected].

Dave Miller is the New Car Manager with Hendrick Chevrolet Buick GMC Southpoint, and he has been with Hendrick Automotive for nine years. Last year the Chevrolet store sold approximately 40 new Corvettes at MSRP. When it comes to adding accessories to their Corvettes for sale, Dave says, “they help retain the value of the car, they look great, and customers want all the accessories anyway.“ 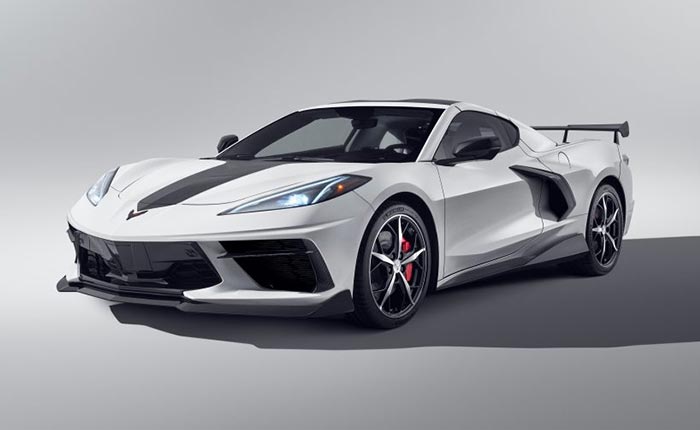 As far as ordering recommendations, Dave says he really likes “the Carbon fiber interior trim kit. Without it, you get the plastic bezel around the gauge cluster. It’s not an accessory, but it really elevates the look of the car, it ties in the carbon fiber with the GT2 or Competition Seats, and it’s something you can’t get and add later.“

When it comes to his favorite accessories on the car, he immediately said, “Ground effects and the spoiler.” Then he offered this explanation: “Whether carbon flash or carbon fiber matches the theme of the car you are building, it makes the biggest impact to the exterior of the vehicle and completes the look. It’s like running boards on a truck. It doesn’t look complete without them.” Dave says that impact is especially noticeable on a 1LT Stingray without Z51. “When you see a 1LT with the ground effects, it makes it look like it’s a higher class.”

Dave also mentions the new mesh screens that protect the front radiators. He says that cars would come into the dealership for oil changes, and their front radiators were all beat up, so he’s happy to see GM finally offer that protection. The radiator screens are from Scrape Armor, and “they can now be ordered with the car and installed in the service department during PDI,” says Dave. Dave Miller can be reached via email at [email protected].

Robert Latimer actually works in the Finance Department at Rick Hendrick Chevrolet Buick GMC in Richmond, and he has some definite thoughts on accessorizing the Chevrolet Corvette Stingray. The majority of new orders placed from the dealership are Stock Orders, and the Corvettes are sold at MSRP with the addition of some dealer-installed accessories. 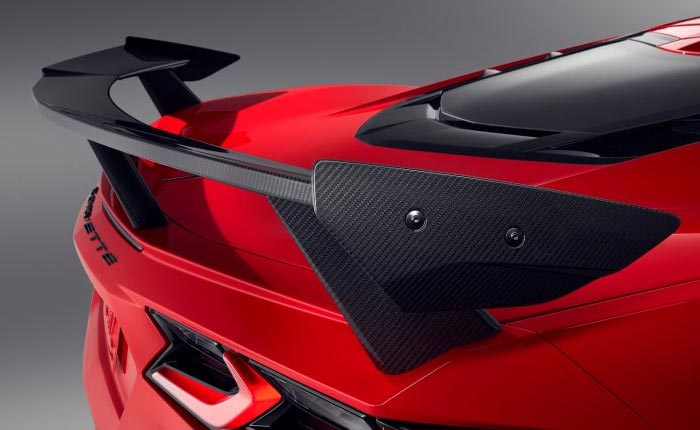 Robert tells us that “when it comes to accessories on the new Corvette, it all depends on the car and customer and what they are looking for.” When asked for his favorite accessories, Robert said, “Personally, I like the look of the High Wing Spoiler and the Ground Effects package…and as much exposed visible carbon fiber I can throw at these things. That’s my taste as it makes it look more like the high-end cars these things have become.”

Robert thought the Stingray’s Trident wheels were just okay for the car, and he’s seen many customers who have added aftermarket wheels to their cars because of the available wheel choices. However, Robert thinks the new 20-spoke wheels on the 2023 Corvette are a much better fit for the car and will hopefully have customers selecting one of the four new designs. 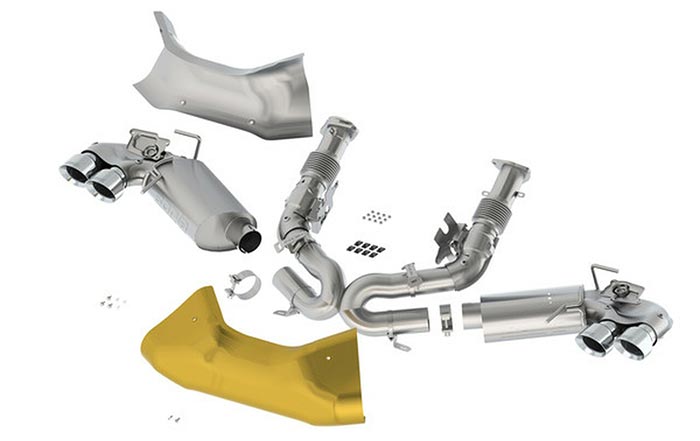 One of the newest accessories that Robert is really excited about is the ability to order the Borla accessory exhaust systems, which are dealer-installed. The systems originally shipped with only bright exhaust tips, but Robert says you can now get them in three finishes as the Borla systems now offer Black or visible Carbon Fiber exhaust tips. Robert can be reached via email at [email protected]

Visit a Hendrick Dealership Near You

Thanks again to Barbie, Dave, and Robert who offered their time and opinions for accessorizing the Corvette Stingray. As always, we love to hear from those on the front lines of Corvette sales. To find a Hendrick Automotive dealership near you, visit HendrickCars.com.