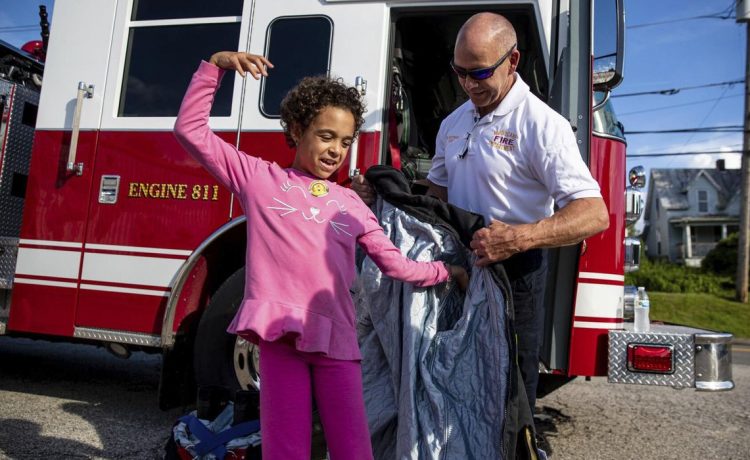 HUNTINGTON, W.Va. (AP) — A statewide program designed to teach law enforcement officers how to have safe interactions with those who have an autism spectrum disorder is being launched.

The Safe Interactions for Law Enforcement and Persons with Intellectual or Developmental Disabilities training was offered this month in Berkeley and Marion counties, through a partnership with the Department of Health and Human Resources, West Virginia University and the West Virginia State Police.

State Police Capt. R.A. Maddy said the goal of the training is to reduce negative interactions and adverse outcomes by increasing awareness of intellectual or developmental disabilities, with a focus on autism spectrum disorder. Autism spectrum disorder is a developmental disability with varying degrees of impairment creating atypical behaviors, patterns of interest, social interactions and communications.

“As parents of a young adult and teen with ASD it is the hope of my wife and I that ASD awareness training is a highly effective educational tool to all law enforcement in West Virginia, where most of our encounters with those with ASD are positive,” he said. “Through this training West Virginia can be the light for the rest of the nation to follow when it comes to ASD training and education for law enforcement and all first responders.”

In April 2021, the West Virginia Legislature passed a law that requires the state’s law enforcement and correctional officers to undergo training for handling cases involving someone with autism spectrum disorder in which those people are victims of or witnesses to a crime, or suspected or convicted of a crime. Autism awareness training within law enforcement started last year.

Julie O’Malley, community and education training coordinator for the West Virginia Autism Training Center at Marshall University, said the first training under the law was held June 28, 2021. O’Malley said that training for the academy was molded around the academy’s scenario-based training to show how the scenario might be different if a person with autism spectrum disorder was involved.

She said the training stresses the importance of being able to tell if someone is overwhelmed, sensory-wise, and understand how officers can scale that back, such as through noise-canceling headphones or fidget toys. O’Malley said the first officers trained on the subject were given a sensory bag with some of those helpful items, but the grant that funded it ran out.

She also said the training also stresses the importance of telling the person what the officer wants them to do, and not what they shouldn’t do.

She said she starts training with a video of a call in which a policeman approached a person with autism.

“It goes from nine seconds from when the police see him to they go hands on,” she said. “If they can take a step back, really analyze the situation a little bit better, it’s much safer for everyone involved.”

Training is really about safety for everyone, including the community. That’s why community involvement and education are equally as important, O’Malley said.

“If the person that had called (the police) had just known a little bit about autism,” she said, “by his key social cue, by his speech, the intonation of his speech, they really would have been able to tell and they wouldn’t even have had to call to put the police in that situation.”

O’Malley said she was encouraged to see communities such as Hurricane hosting events in which those with autism spectrum disorder can get to know first responders in a low-stimulation environment.

“That’s the time to do it, not when a 911 call has been made. That’s not a teaching moment. I mean, everybody’s in crisis,” she said. “You have to get those teachable moments before the crisis happens.”

O’Malley said she has heard positive feedback about academy training. A mother of a child with autism spectrum disorder said one of the former cadets who completed the training had later gone to a similar community event.

“They’re getting to know the families in their communities,” she said. “So you know, they are establishing relationships so if they get a call and go to a home, the child or adult is already going to be on their radar.”

The Safe Interactions training will be four-hour sessions and are free to all current active-duty officers. Participants can receive four in-service education credits.